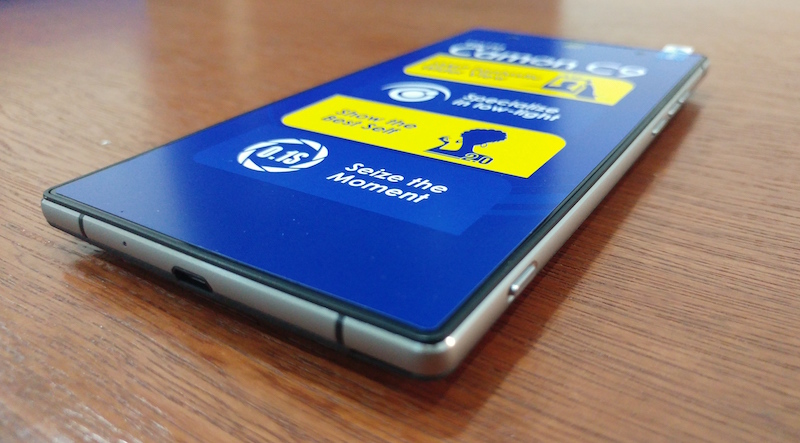 If you were subscribed to the TechCabal daily digest, you’d have found out when we received the Tecno Camon C9. But the day of reckoning has not yet come, so I forgive your tresspasses. I’d like to start by saying that this is not a review (in the traditional sense). I will not start by listing specs, or doing a first impressions post – Victor from Techpoint has done that here, and so has everybody else. I will not skirt around the issues I encounter, or try to be diplomatic, no. I value your time, and mine.

What I will do, is let you know what I liked about the phone, what I didn’t and whether or not you should buy it. Well….who should buy it. Here goes nothing. 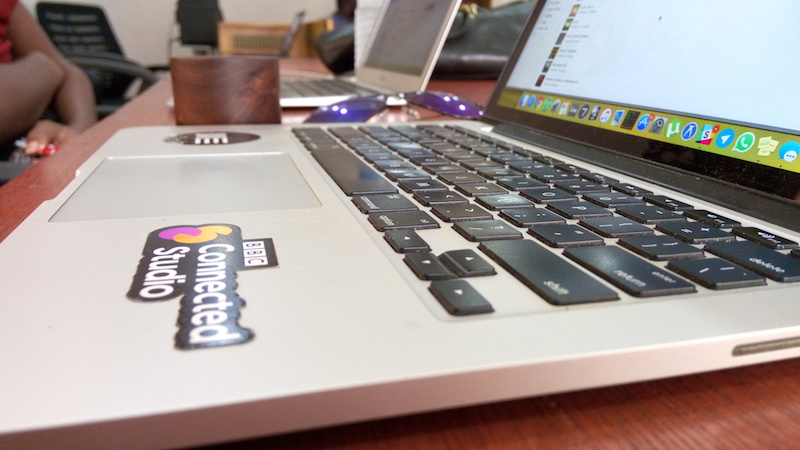 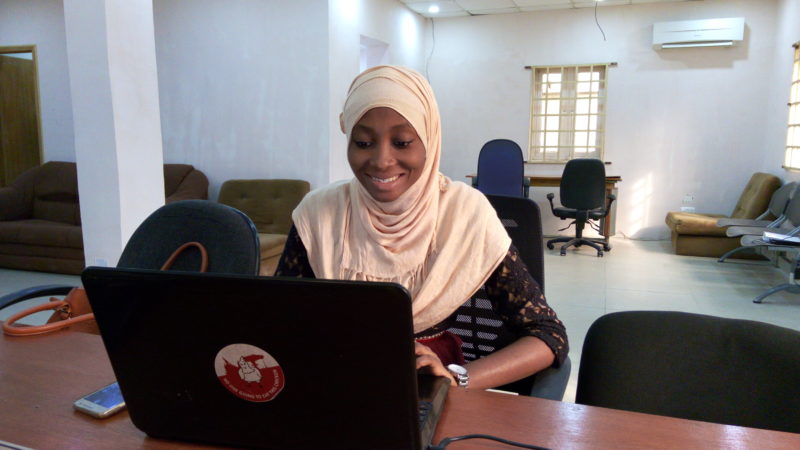 The Camon C9 came with two cameras, you see, and both of them have 13-megapixel lenses. Overkill? Maybe, but the rear camera does a mad decent job when you consider how much you’re likely to be paying for it anyways. The images are not as good as the ones they marketed, and there is nothing 13MP-like about the front camera, so Snapchat with caution. 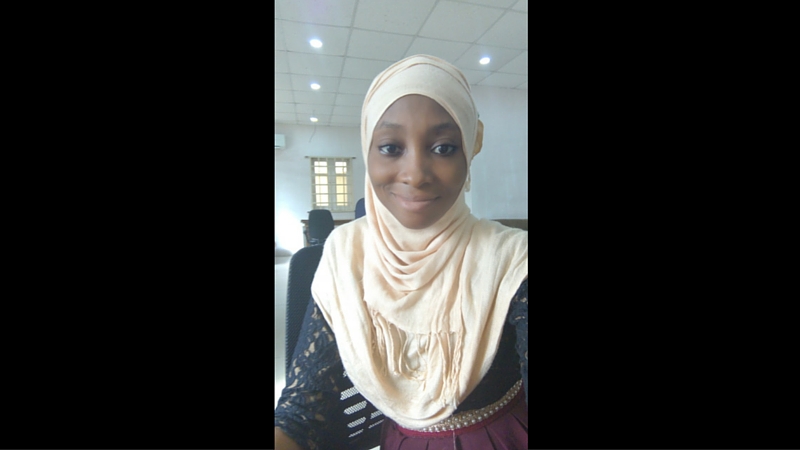 I’ve never had any issues with the components birthed from Tecno’s hardware department, and this one didn’t break the trend. Tecno put an octa-core processor (I suspect it was made by MediaTek) in the Camon C9, which kept up with pretty much everything I put it through. Games, multitasking et al. 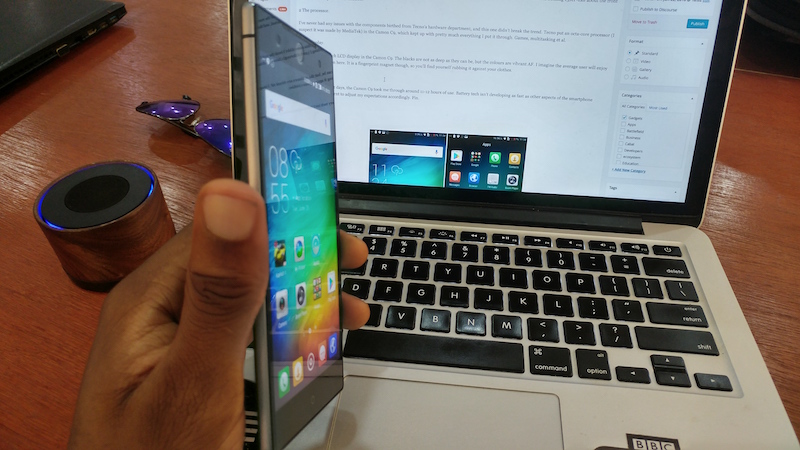 Tecno put a 5.5-inch LCD display in the Camon C9. The blacks are not as deep as they can be, but the colours are vibrant AF, and it’s got great viewing angles. I imagine the average user will enjoy consuming video on here. It is a fingerprint magnet though, so you’ll find yourself rubbing it against your clothes a lot.

It’s decent. On most days, the Camon C9 took me through around 11-12 hours of use. Battery tech isn’t developing as fast as other aspects of the smartphone industry, so I’ve learnt to adjust my expectations accordingly. Fin. 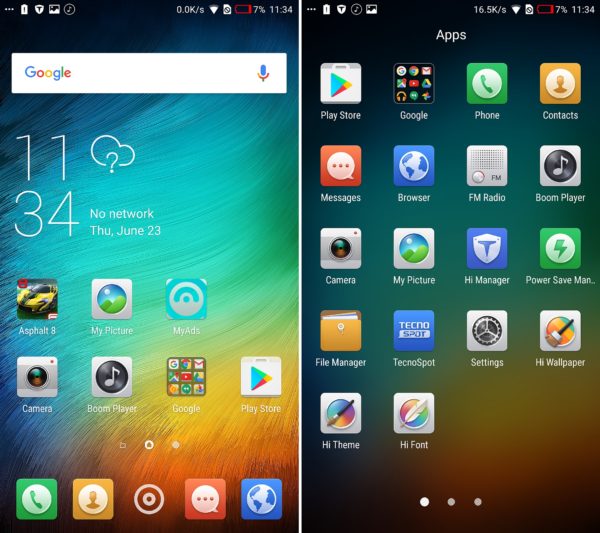 My thoughts about HiOS are contained in here. I wrote that review based on my experience using the Boom J8 (which runs on a Lollipop base). It’s a lot snappier this time around, since this iteration is based on Marshmallow (Marshmallow has many optimisation tricks up its sleeve). There are still no lockscreen notifications, though, and they haven’t gotten rid of the bad icon design. Tecno, wyd? 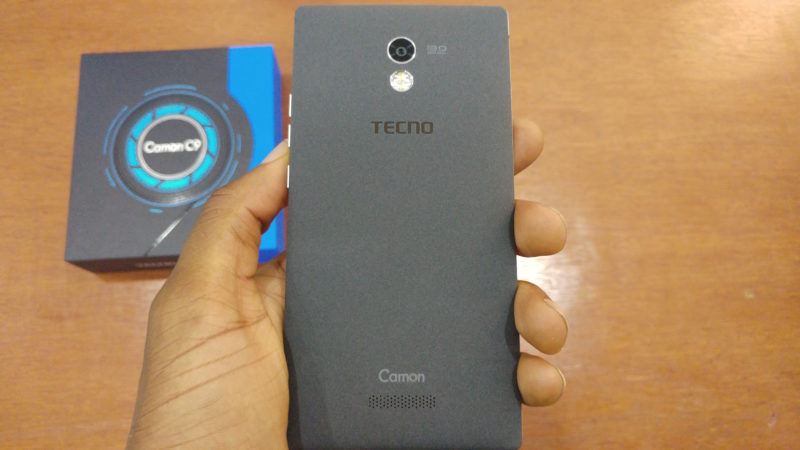 The back side of the phone is made of some grey-coloured, abrasive material. I reckon this is great for grip, and I have no qualms with it. What I have a problem with, is the fact that the front camera is so huge and the capacitive home button is so small. This was a poor design decision because I (along with pretty much everyone I showed the phone to) frequently forgot which end held the home button, and kept on picking the phone with the wrong side up.

7. Placement of the audio jack at the top 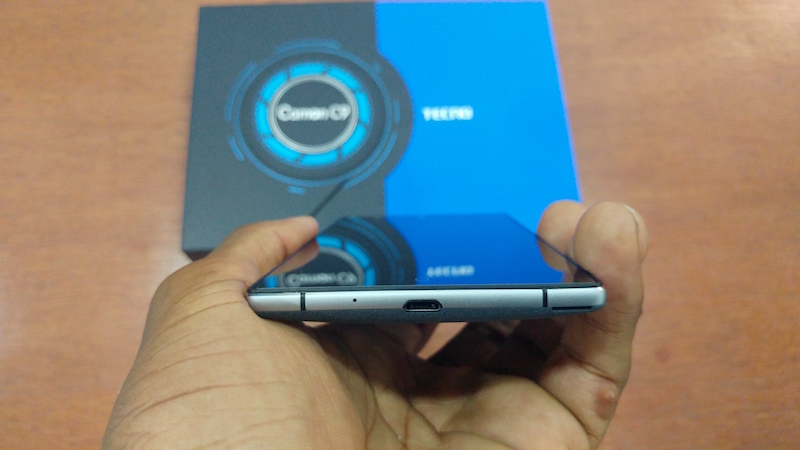 The Camon C9 has a micro-USB charging port at the bottom, and its 3.5mm audio jack at the top. When using wired headphones, the cable frequently got in the way, and I really don’t like that. It also forced me to put the phone in my pocket with the right side up, and do some weird hand dance to pull it out. Tecno likes to do this a lot, and they need to reconsider. 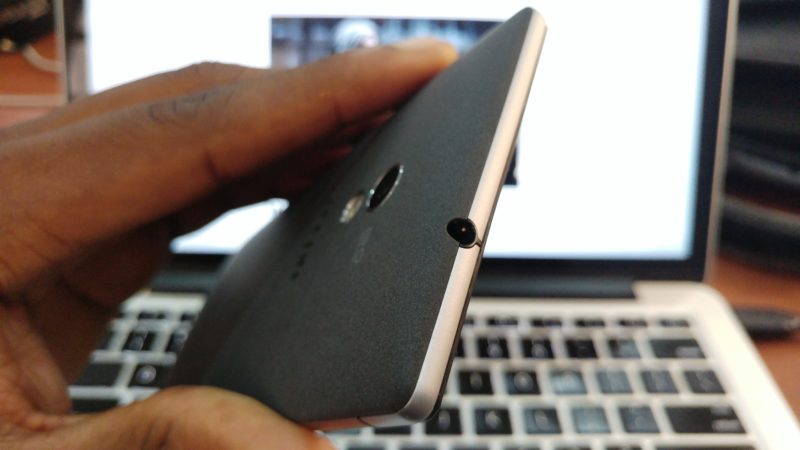 The Camon C9 looks a worthy upgrade from the Camon C8. However, it fails at some of the things nitpicks like me care about. If you aren’t too fussy about these things, you should go buy the Camon C9. My sauces tell me it’s between 48,000 and 55,000 naira. 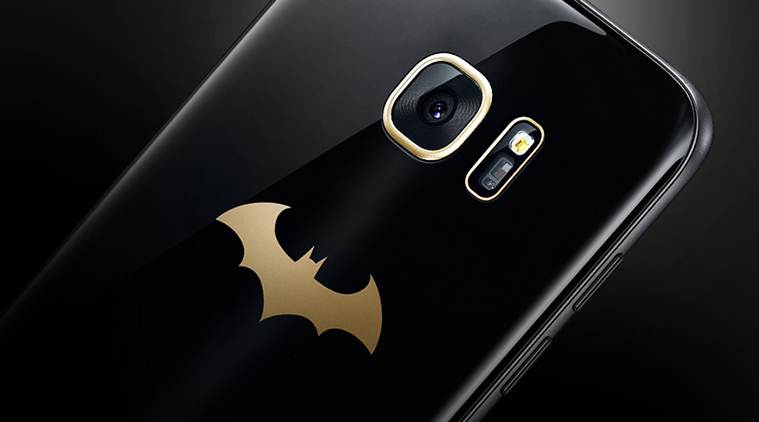