In line with its commitment to bridging the gap between government and the technology ecosystem and to co-curate the Lagos Innovation Masterplan, a design thinking talk shop was held yesterday in Lagos. The event which attracted over two hundred people had in attendance, the Deputy Governor of Lagos State, Dr. Obafemi Hamzat, 5 commissioners, representatives from government agencies, key players in the tech and private sector as well as academia. Representatives from Google, Microsoft, Co-Creation Hub, Passion Incubator, BudgIT Nigeria and a host of others were also in attendance.

According to the Curator of Art of Technology Lagos 1.0 and Founder of Eko Innovation Center, Mr. Victor Gbenga Afolabi, the essence of the parley was to engage. “The government has always known that we need the ecosystem to leapfrog and create that 21st-century economy that Mr. Governor has always talked about in turning Lagos into a smart city.  The ecosystem also needs to engage with government such that they enjoy the kind of patronage, access, and funding that can make them do what they do best which is creating enterprises.”

Sponsored by the Lagos State Government through the office of the Special Adviser on Innovation and Technology and the Eko Innovation Center, Art of Technology Lagos 1.0 will take place over the 5th and 6th of December in Lagos at the Oriental Hotel and will feature 4 keynotes, 5 product launches, 20 industry speakers and 1 full startup funding. Also expected at the event are 17 tech hubs, 50 developers, 23 investors, 28 startups and over 2000 participants.

In his welcome address, Mr. Olatubosun Alake, Special Adviser on Innovation and Technology to the Governor of Lagos State, said there was a need for government and private sector to co-create wealth. “The private sector can create wealth; you need the government’s help to multiply it.”

He noted that feedback from the design thinking sessions will be used in developing the Lagos Innovation Masterplan which will be unveiled during the Art of Technology 1.0, reassuring attendees that their contributions were key in developing the much-needed blueprint.

Pledging commitment to government and tech collaboration, the Deputy Governor of Lagos State, Dr. Obafemi Hamzat said, “It is the people in the IT space that can change this country. We need to utilize the tech innovation ecosystem in the development of our nation. We have to agree: let the private sector grow the economy while the government focuses on the rule of law. Then, we collaborate to make this happen.”

He added that academia had a role to play citing the example of how Silicon Valley started at Stanford. “The universities play a key role in the growth of tech innovation and entrepreneurship ecosystem in Nigeria.”

This was echoed by Mr. Toba Otusanya, Director General of the Office of Transformation, Creativity, and Innovation, Lagos State Government, who identified the public sector, private sector, and academia as the three key pillars needed to promote the culture of creativity and innovation.

Speaking on the theme of Art of Technology Lagos 1.0 ‘Bridging the Gap,’ Mr. Afolabi said, “Government has promised to make data accessible to the people in the ecosystem in the manner and form they will want it. Data is the new oil. That is what is going to empower and energize the ecosystem to begin to create a lot of things.”

This was reiterated by the Commissioner for Transportation, Lagos, Dr. Frederic Oladeinde who emphasized the key role data plays in addressing the perennial congestion plaguing Lagos roads. He said a unified ticketing system across rail, road, and water will help the government in planning and improving the public transport system which accounts for 70%.

Commissioner for Science and Technology, Mr. Hakeem Fahm posited that power supply is key in achieving success in the tech ecosystem.

The highly engaging event saw the attendees writing down solutions to making Lagos a smart city. These were collated and grouped under access, talent, infrastructure, and capital. Focused breakout sessions addressing the four areas provided an opportunity for the Deputy Governor to engage with stakeholders by sitting in and contributing to the conversations.

It is expected that these conversations will be deepened and broadened at the Art of Technology 1.0 which will center on tech & culture, building MVPs, consumer-centric products (and not just apps), the future of work, funding mechanics and women in tech. There will also be ‘Hard-Talk’ sessions where truths will be laid bare by both the government and the tech community. Innovators will also have a chance to showcase products that solve Lagos’ problems and in return receive support from Lagos State Government.

In his closing remarks, the Commissioner for Energy and Mineral Resources, Lagos, Engr. Olalere Odusote tasked the tech community in coming up with a pocket-friendly metering solution in order to improve the distribution of electricity across the state.

Mr. Afolabi while expressing his satisfaction with the turnout and high level of participation recorded at the parley reiterated Mr. Governor’s commitment to the tech community in Lagos.

“This is the government leading the engagement and making landmark commitments to an ecosystem, not to an individual or a company.”

Watch the video for Art of Technology 1.0: Bridging the Gap on YouTube. 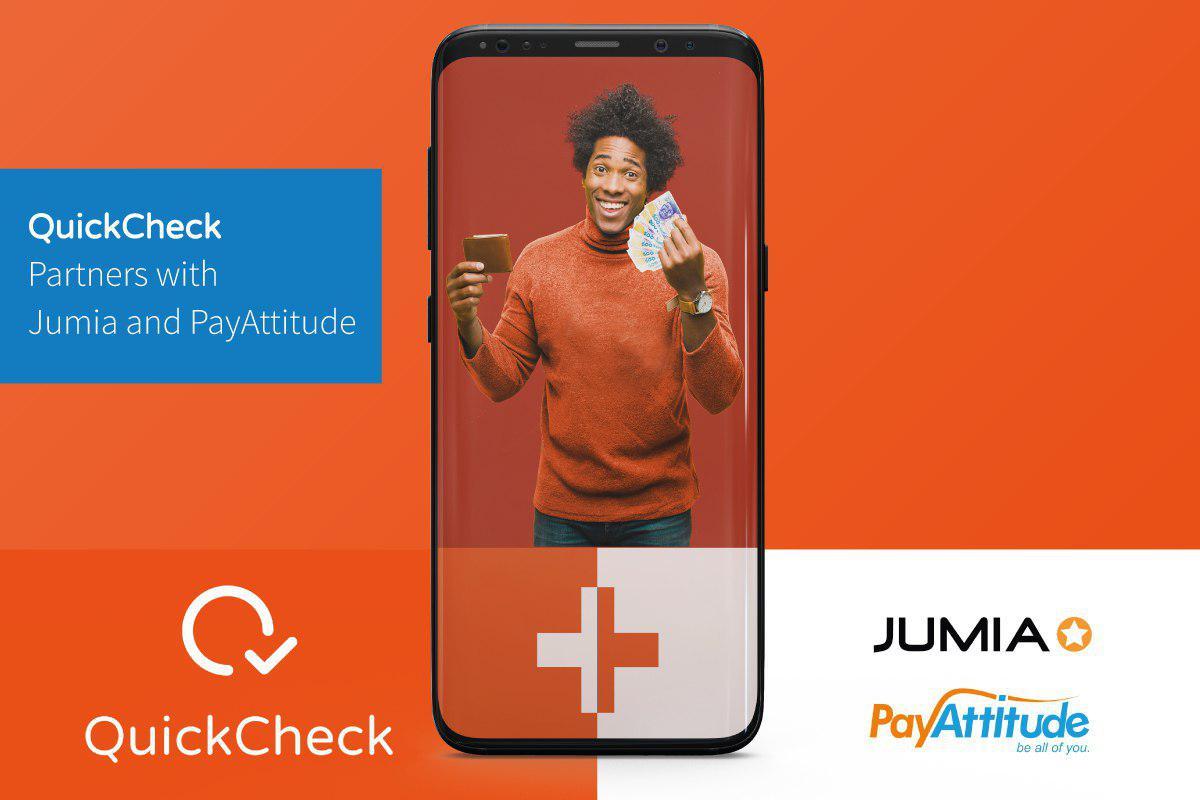 Not 1, but 2 partnerships! QuickCheck, a micro-lending mobile platform that provides collateral-free loans, has announced its new partnerships with Jumia and PayAttitude, to get even closer to the majority of Nigerians who still lack access to credit. According to CEO Fabiano Di Tomaso, “The QuickCheck app was specifically designed to solve the difficulties Nigerians […]