Is the coast clear for Lagos’ bus-hailing startups? 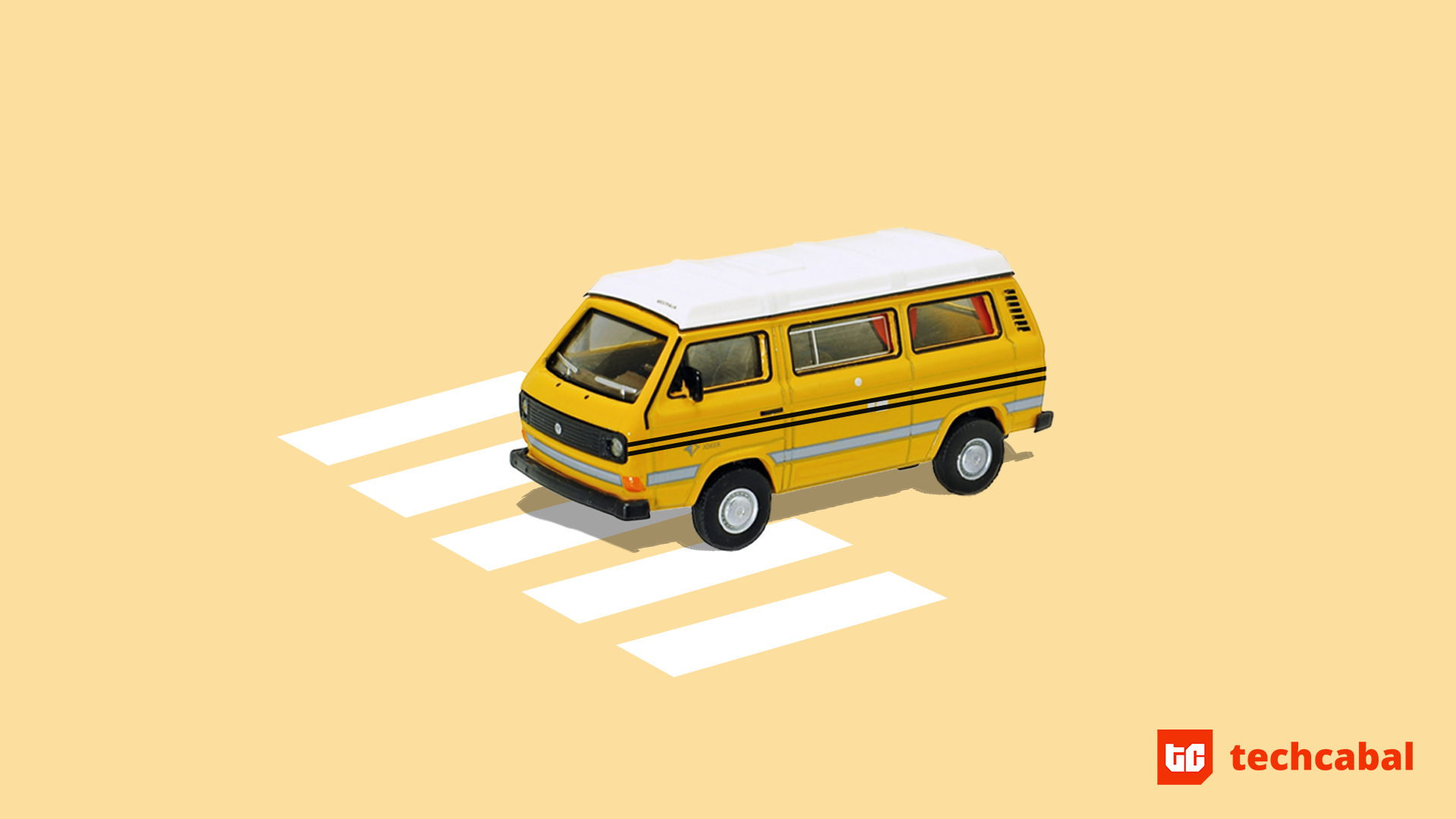 Transport in Lagos is big business. With its 21 million people always crisscrossing for work and play, every vehicle that carries Lagosians from point A to point B is potentially a money spinning venture both for the business owner and the state.

Which is why an intense outrage greeted the new government’s move to enforce a 2012 law banning motorcycles and tricycles from major residential and business hubs in the state including Ikeja, its capital.

The gap the absence of motorcycles and tricycles has created seems like a ripe opportunity for bus-hailing companies which have attempted to enter the transport space in Lagos in the past, including new players looking to tap into the goldmine that is transportation in this city.

What cards are in store for them?

The making of a mega city

Is Lagos a megacity or a metropolis? Answers may vary but for some seven years and more, Lagos state has ambitiously continued to reach for ‘megacity’ status where residents live in houses that do not float on water, have functioning emergency response systems, effective transport systems, and absolutely no irritants of which motorcycles and tricycles constitute a major part. Like Tokyo. Or one of the many functioning actual megacities across the world.

It was in the light of developing an effective public transport system that in 2008, after several years of planning from 1999 under the Tinubu administration, Lagos launched the first of many public-private partnership initiatives.

A regulated bus rapid-transit system which it termed BRT-Lite. The transport route spanned Mile 12 through Ikorodu Road, Funsho Williams Avenue up to CMS.

In tandem with the creation of BRT-Lite, another state-owned company, Lagbus Asset Management Ltd. was being formed to champion the procurement of buses to feed the rapid-transit system. However,  due to high lease charges on private operators, the company was forced into becoming one itself.

While unveiling what it called the BRT Classic which extends the transport route from Mile 12 to Ikorodu seven years later, the Lagos State Government patted itself on the back for having moved 250 million passengers at a rate of 100,000 passengers daily.

For the second phase, 434 new buses had been procured by a private firm, Primero Transport Services Limited, with whom the government had signed a PPP agreement.

The buses were  a welcome alternative to Lagos’ signature danfos and molues, rickety contraptions with fluctuating fares and uncouth conductors. They were air conditioned, timely and faster with dedicated service lanes that were closed off to other motorists.

Under this initiative, his administration expressed plans to rid the state of danfos and molues, inject the city with a 5,000-bus fleet and absorb the drivers/conductors into the new scheme.

In 2018, the governor signed off the purchase of 820 buses and in 2019, reportedly deployed these buses across five routes in the state through a company called Lagos Bus Service Limited.

There is also the Central Bus System (CBS), a transport scheme supposed to be serving the state’s civil service workforce and which the current governor, Babajide Sanwo-Olu has promised to revive.

If the effects of these patches of bus-service initiatives were felt in the past, the absence of motorcycles and tricycles which accounted for a chunk of movement around the state mean that a need for them has deepened. But with the declining state of quality, the human factors around ticketing and timing and the increasing queues at bus terminals, a chance maybe, presents itself for new companies like PlentyWaka, now defunct OBus and Uber to profit from solving a very dire need.

Is the coast truly clear for bus hailing companies?

The earliest bus-hailing service points to a company called Shuttlers.ng founded by three women and which launched its pilot in 2015.

Co-founder Damilola Olokesusi told TechCabal the company started with two 15-seater buses and now has over 20 coaster buses operating across more than 20 routes spanning the state from Berger and Iyana-ipaja to Sangotedo and Ajah and utilises a subscription-based B2B2C model.

Olokesusi says however, due to the company’s focus on businesses and professionals looking to make commuting to and from work easier, Shuttlers is reluctant to term itself a bus-hailing company and does not brand itself as so. Neither does it brand its buses.

In 2018, the company won a ₦5 million grant from the Seyi Tinubu Empowerment Program and had plans to launch laundry and grocery pick-up verticals in addition to its individual and corporate bus ride packages.

“We decided to invest in a bus-hailing solution as our current public transportation has proven to be stressful, unreliable, time-wasting and without structure. Plentywaka was established to provide commuters convenience, safety and comfort in their daily rides,” Omotoke Ogunfuye, Farmcrowdy’s PRO told WeeTracker.

More launches seem to be in the offing.

Kevin Iyayi is the founder of another bus-hailing company, Cocheride, which plans to launch in March through third-party bus owners. Responding to questions from TechCabal, Iyayi refuted the idea that they were launching at this time to quickly take advantage of the transport gap the ban has created.

“Transportation has always been an issue. It is actually a coincidence that we are launching now when there is a serious challenge regarding transportation for Lagosians.

“We’ve been building our platform for over a year now,” Iyayi says. The ban has only just presented a huge opportunity to move faster.

Cocheride is planning to ply routes linking the Lagos island to the mainland but also within these two vicinities.

A blanket of uncertainty

Like the motorcycle-hailing companies, the issues these companies might face are already laid bare beginning with the infamous ‘regulatory grey area’.

Iyayi agrees there may be no regulatory frameworks for bus hailing companies but he is confident that one of the team members (previously at OBus) who has experience with lobbying will come in handy for the conversations he hopes will happen with relevant government agencies.

“We are building some kind of rapport and relationship with the government, which is why we are taking this long to launch,” Iyayi said.

With the transport unions, Iyayi says the company is resorting to giving Caesar what belongs to him.

“We will give them what they want. On our own terms. There’s no point trying to reinvent the wheel trying to fight people who are bigger than us. You can’t fight the authority.”

Benjamin Balogun, General Manager of BusConnect another bus hailing company set to launch on the first Friday in March and who is not new to the wiles of the government and transport unions says his company is also discussing with relevant authorities about their operations within the state.

Balogun was the pioneer Senior Operations Manager for OBus, and then OCar.

“Before anything else I met with all the union leaders around the bus stations where we are operating  [15, to start with] and we have a fantastic relationship with them,” Balogun told TechCabal.

“We are not going to run ghost operations. That was what OBus was doing.”

There is also the question of what models work and how long it will take these companies to figure it out.

BusConnect will operate a somewhat cumbersome ‘demand-responsive’ model where users who request for rides will be contacted by their nearest bus stations to reserve a seat, confirm their rides an hour before the take off time and pay after taking the ride. Cocheride is going to run an Uber-for-buses type model like the few companies who are already in the space are doing.

How these companies will ply side-by-side with the state-owned and state-managed bus systems is also another area of concern and potential competition.

Bus stations, dedicated BRT lanes, will the bus-hailing companies be allowed to use these government provisions or will they quickly become another bone of contention? Is the government really just clearing a path for state-owned transport solutions only?

According to Olokesusi, earlier conversations with the transport ministry and LAMATA to align its services with the state showed the government as particularly interested in addressing the issues with the public transport system deficit, which is clearly dire, no doubt.

But in spite of the government’s rhetoric and moves to show their commitment towards developing effective systems to get Lagosians from point A to B, it is failing to aggregate all the many solutions that are already available, regulate them and create an effective transport system with an array of options to choose from.

It’s  like being inside a pool of water and letting soap studs sting your eyes.