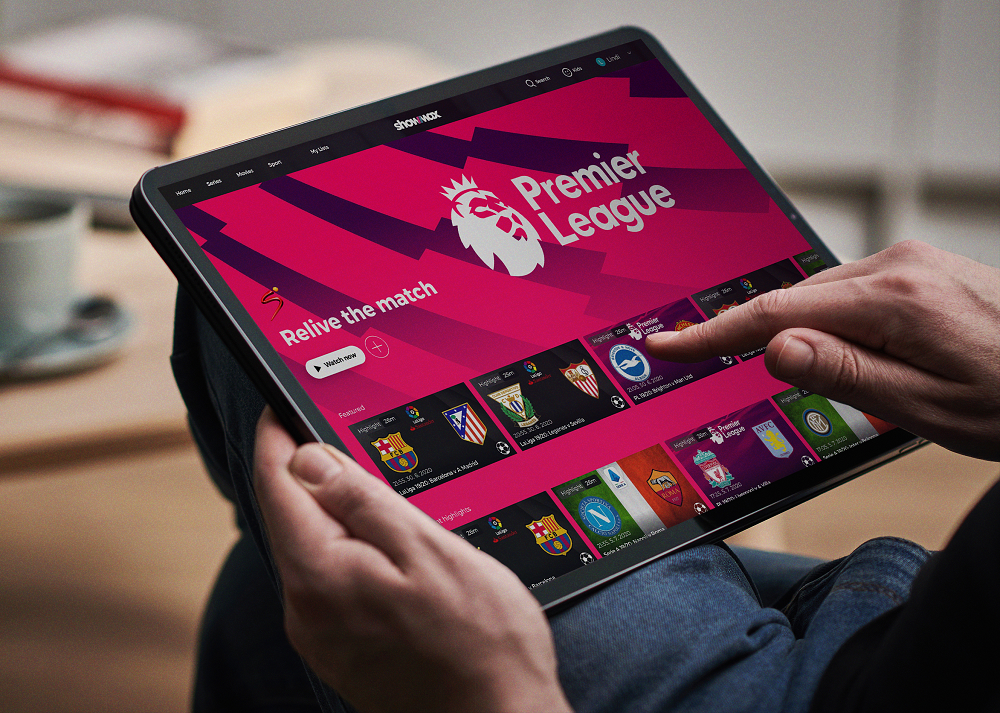 After one year of testing, Showmax, the streaming platform operated by MultiChoice, has announced the launch of a new service, Showmax Pro. Showmax Pro is a sort of hybrid platform that offers regular Showmax video-on-demand content in addition to live TV programmings such as music channels, news, and live sport streaming from SuperSport.

The new service went live in Nigeria and Kenya on July 7 and will roll out in more countries in Sub-Saharan Africa over the next six to eight weeks, the company shared.

This move is a big deal.

For the better part of the last decade, MultiChoice has been playing catch up on the digital front. For the first four years of the 2010s, it had no streaming service, despite the fact that YouTube and Netflix were growing and becoming dominant for video content.

MultiChoice entered the streaming business in 2014 with DStv Now, the online companion to the decoder pay-TV service.

Later, it launched Showmax, its Netflix-clone in 2015. At the time, smartphone and internet adoption were witnessing early growth. In 2018, there were 302 million smartphone users on the continent and 239 mobile internet subscribers.

However, over 50% of all mobile broadband connections were 2G. This affected the quality of users’ internet experience.

Despite operating streaming services, Multichoice focused on DStv’s decoder-based business. This model has provided much of its revenue for years.

But when Netflix launched in Africa in 2016, DStv’s decoder business became vulnerable. Between 2016 and 2018, the internet-powered Netflix gained around 400,000 subscribers in Africa, mostly in South Africa, Multichoice’s home market. In 2019, it reportedly had 152,588 subscribers in the country.

Netflix also announced an $8 billion budget for original content targeted at different regions including Africa. Since 2018, it has secured rights to popular Nollywood movies including October 1, The Wedding Party, Lion Heart, Up North, among many others.

Also, IrokoTV, the Nigerian streaming platform, has been another notable SVOD competitor for much of the last decade.

While DStv has a deep pool of original content and continues to add new subscribers each year, the Netflix challenge became real and it realised it needed to double down on its streaming services.

In 2018, Multichoice’s majority shareholder, Naspers announced it would divest from the company via an IPO which was completed in February 2019.

Without the overarching presence of Naspers, Multichoice started to chart a new path on the streaming front. In June 2019, it started testing live sports content on Showmax, suggesting it wanted to prioritise the service.

Importantly, Showmax is a Netflix clone offering video-on-demand, live TV was never part of the original plan. Live TV and sports programming are part of DStv Now, and it is only available to subscribers who own DStv decoders; that is a small pool of fewer than 20 million subscribers. This has seriously limited the growth of the Multichoice streaming service

Showmax subscription, on the other hand, is a standalone option. By adding live TV to Showmax’s offering, Multichoice could increase its reach, especially since localized online TV services are rare in Africa.

The service also has little geographic restriction and is accessible to users in Africa, Europe and all the way down to Oceania countries like Australia and New Zealand.

This is notable also since DStv, and by extension, DStv Now is only available in a few African countries. The service is absent in  Francophone Africa, allowing French OTT, like Canal+ to step in and claim market share. Since Showmax doesn’t have this restriction, it could enter these markets and compete.

“[We have] been adapting the service for the data connectivity constraints on the continent and focusing on the most-used viewing devices,” the company said.

Since much of the continent still struggles with quality internet connectivity, this could be important.

“Our local-first strategy is an advantage because it allows us to tailor our content, apps, packages, and partnerships specifically to what’s most important in Africa,” said Niclas Ekdahl, CEO of the Connected Video division of MultiChoice.

Regardless, one drawback, however, is Showmax could be a bit expensive to many customers. In the Nigerian market, Showmax Pro’s ₦6,300 ($16.25) subscription fee is one the higher side. The Pro is more expensive than the regular Showmax subscription which costs ₦2,900 ($7.48) and a basic Netflix subscription ($7.99). On the other hand, Showmax Pro Mobile is cheaper and does come with most of the regular Pro offerings.

Would the price point detract customers? It’s still hard to tell, especially since millions of people are now comfortable with consuming video online.

Another important question is: if Showmax will show live TV what then is the value proposition of DStv Now? Sources at the company say nothing will happen. Both services will exist side-by-side for now. Multichoice is not the only company to use this approach. UK company, Sky does the same for its online offerings.

Showmax’s latest move also comes at a time when Netflix is facing serious competition in the US, its home market. Disney, Apple, Amazon, WarnerMedia’s HBO, Hulu and NBC Universal have all entered the SVOD market in the country. Will the rising competition at home distract Netflix’s Africa plans? Not quite.

In February, African original series Queen Sono premiered on the platform. In the same month, it created a new Twitter handle, Netflix Naija, as part of its growth plans for Nigeria. It reportedly has less than 50,000 subscribers in that country but has since announced new original shows and movies for the Nigerian market. Netflix has also adopted localised pricing for Nigeria and Kenya since 2019.

The competition between Netflix and Showmax in Africa could get more interesting over the coming months.