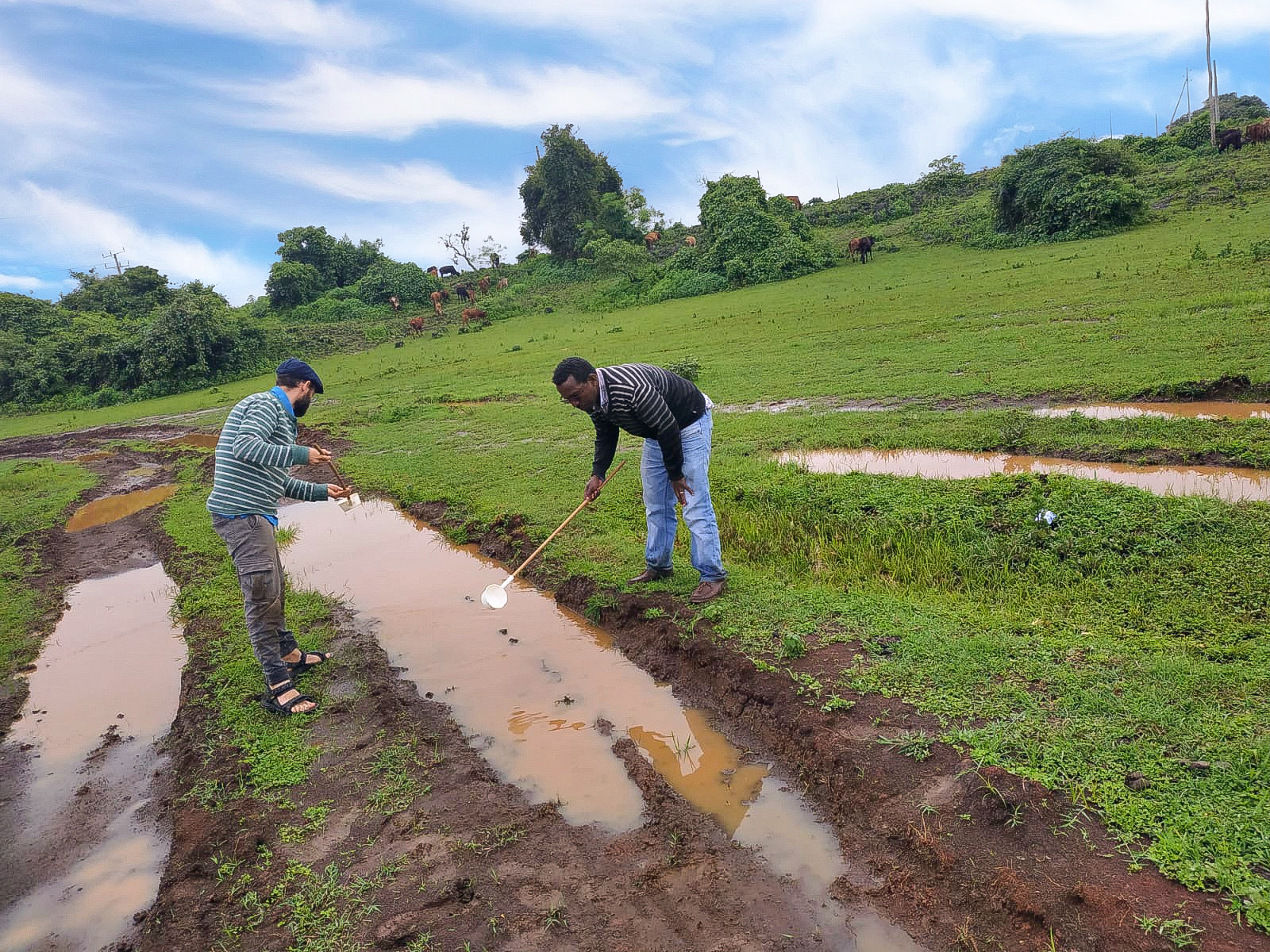 Sometime last year, my Editor-in-Chief, Goke, was hospitalised for days alongside his son after they broke down with what he described to me as “a strange type of malaria.”

One day, he is up and about, doing his regular work and the next, he is hinged to a hospital bed battling a disease that no longer exists in most countries worldwide.

In Nigeria, a slight symptom of illness would have people suggesting you should get tested for malaria. That is how common the illness is.

In 1955, the World Health Organisation (WHO) launched the Global Malaria Eradication Program (GMEP), which focused on distributing spraying insecticides and the drug Chloroquine for malaria prevention and treatment.

Goke and his son are just two out of millions of Africans who suffer and treat malaria parasites every year without the hope of government intervention for the total eradication of malaria-carrying mosquitoes.

While the United Nations and the World Health Organisation are yet to figure out a permanent malaria eradication method for countries that still suffer from the disease, an Israel-based tech company, Zzapp Malaria is using Artificial Intelligence (AI) to eliminate malaria in Africa.

From Tanzania to Ghana, Zzapp Malaria’s operations are covering hundreds of people in African countries.

A move to not just cure but eradicate totally

When someone has a fever and goes to the hospital, one of the methods to test for malaria is to look for malaria parasites in blood cells.

As a company that has worked in diagnosis for years, it was about time to figure out how to move forward from just diagnosis to eradication.

During my conversation with Arnon Houri-Yafin, the CEO of Zzapp Malaria, he said the company was out to solve the problem of mosquito bites around the world.

Most Africans are aware of the continent’s ongoing battle to eradicate malaria. Malaria is the second biggest killer in Africa. In 2019, the continent was home to 94% of the world’s malaria cases and deaths.

Since the last decade, an increasing number of countries around the world have moved toward the elimination of malaria.

Some of them have succeeded: Armenia, Morocco, Turkmenistan, and the United Arab Emirates were certified as malaria-free by the World Health Organization. Algeria and Argentina are the latest to eradicate the disease, as per a WHO report.

How does Zzapp Malaria function?

The Zzapp Malaria platform is able to reach 100% of water bodies and this helps to decide where to apply pesticides. Arnon says Zzapp Malaria operates via two components: a mobile app and a planning tool for field workers.

“Ordinarily, when you want to find water bodies that house mosquitoes in a particular geographical area, you have to send people to physically go to those locations. The Zzapp Malaria app, with a click of a button, divides the area between field workers. The app shows them where they already visited and where they should visit to find these water bodies, leading people to scan the areas by foot”

Another aspect of the platform where artificial intelligence plays a huge role is analysis. The AI analyzes the progress of a particular area using satellite images. The satellite image area analysis allows for a greater understanding of the chances of having water bodies in a location.

“Every country has different weather conditions, not only in terms of rain patterns but also for mosquito populations.

In some areas, the mosquitoes only bite at night and indoors while in other areas, they bite in the evenings and outdoors, it could vary. The AI studies the weather and recommends what time is best for intervention.” Arnon tells me.

The app detects areas that have water bodies and divides the area between field teams. Each team member gets specific areas on their mobile devices and it instructs them whether to scan, spread, or deploy a mosquito tracker in it.

The team also establishes partnerships with local scientists who have a better understanding of malaria transmission in the area and in turn, this helps them tailor their data towards the local challenges.

Before going to national levels, the Zzapp Malaria team wishes to demonstrate the effectiveness of the app with small groups in different African countries.

They have conducted one controlled pilot trial in Ghana, done trials in Ethiopia and Mozambique, and have worked with the Ministry of Health in Zanzibar, Tanzania

These diverse trials across nations in Africa are part of a movement to demonstrate that the app is effective on the continent.

After learning more from the small scale level, they are now headed to the country level. Arnon says people are really curious about what they have done.

“We hope, at the end of 2021, to have very good cost-effective data, and then to go to governments and introduce us as a country-level solution.”