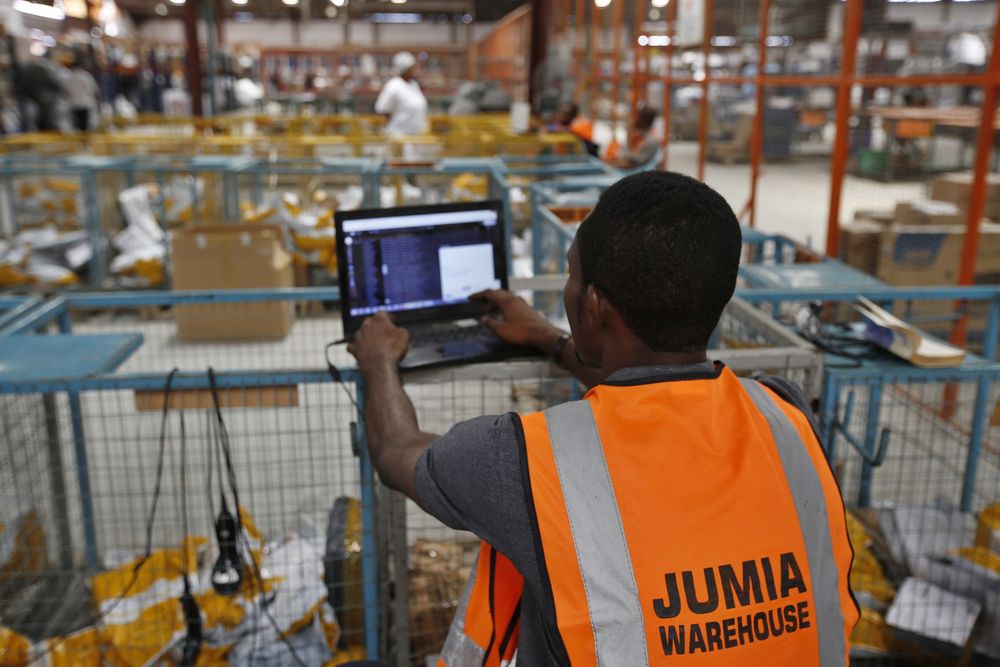 Yesterday, African eCommerce giant, Jumia, reported its earnings for the second quarter of 2021.  Here are the major takeaways from the report.

Notably, Jumia had always reported its financial performance in euros until this last quarter — Q2 2021, when it changed to the American dollar.

Jumia explained that the reason for this change in currency was due to the increase in cash balances in dollars as a result of successive equity fundraising.

Although the company will continue to use dollars going forward, comparative figures from previous periods have been modified to reflect the change in presentation currency. Jumia is listed on the New York Stock Exchange (NYSE) and as such has more U.S. dollars and American investors to report to.

Increase in revenues but continued losses

Jumia reported revenues of $40.2 million, up 4.6% on a year-over-year basis.  Although Jumia didn’t meet Wall Street’s revenue expectation of $43.34 million, it surpassed investor expectations of a loss worth $0.43 a share by reporting a more decent $0.41 per share loss in the second quarter.

Gross profit margin stood at 12% of Gross Merchandise Value (GMV), almost doubling over the past two years. The company also highlighted that it has been generating positive gross profit after fulfilment for seven quarters in a row.

The increase in operating loss was driven by Jumia’s sales and advertising expenses which rose 115% to $17.1 million from $7.9 million in the same quarter last year. An indication that the company is back to its aggressive advertising which slowed during the pandemic.

Commenting on its increase in ad spend and loss, Jumia’s Co-CEO, Sacha Poignonnec, said “Many of the investments we are making now are long-term in nature, and we will take no shortcut in pursuit of quick wins.”

Over the past three years, Jumia has been working to diversify its marketplace, which significantly consisted of phones and electronics, and there are signs that this diversification is working.

Currently, everyday product categories make up 63% share of GMV, up from 41% three years ago. Phone and electronics have gone from accounting for 43% of the GMV in Q2 last year to 33% of the GMV in Q2 2021. Notably, the recent decline in phone and electronics categories during the quarter was due to multiple factors like supply disruption with global chipset stock, alongside a reduction in consumer demand due to the discretionary nature of these items.

Taking a closer look at the growth rate of different inventory categories, Jumia identified Food delivery, Fashion and JumiaPay as its fastest-growing categories.

Food delivery was the fastest-growing category on Jumia in terms of volume. It posted the highest ever number of quarterly orders, up almost 60% from the same quarter last year, and accounted for 22% of total orders on the platform during the quarter.

JumiaPay, Jumia’s financial and digital services, posted its largest-ever quarterly GMV processed in the last quarter, up more than 60% compared to last year. In terms of physical goods, the fastest-growing category was fashion.

Increasing tech talent and partnership with National Bank of Egypt

Two years ago, Jumia CEO Sacha Poignonnec was under fire for stating that Africa doesn’t have enough tech talent. The company might be making a U-turn on that statement as it plans to increase its tech headcount by 40% by the end of the year and expand its newly launched tech hub in Cairo.

“Our Cairo hub will host over 100 tech professionals and will include dedicated teams to front-end projects,” Jumia’s Co-CEO Jeremy Hodara said.

Looking to diversify its revenue streams, Jumia announced that it’s partnering with the National Bank of Egypt to help it out with its payment platform development.

“We have been consistent in our vision for JumiaPay, which is to first develop our payment and fintech solutions within the Jumia platform, and ultimately offer them off-platform to third parties.”

Another area where Jumia is experiencing a very strong momentum is its logistics offering to third parties. 1.3 million packages were delivered in Q2 2021, compared to 0.5 million packages in the full year 2020 on behalf of over 300 clients.

In Ivory Coast, Jumia collaborated with UNICEF for the delivery of over 16 million Long-Lasting Impregnated Mosquito Net to households across over 100 remote health districts. In Ghana, Jumia partnered with Far East Mercantile Limited, a leading FMCG distribution company. In Nigeria, Wema Bank’s card-product delivery to customers across Nigeria, via road and air freight was handled by Jumia.

While the increase in losses incurred by Jumia is a setback to its near-term profitability goals, Jumia looks to be steadily building out other revenue streams through its logistics and payment services.