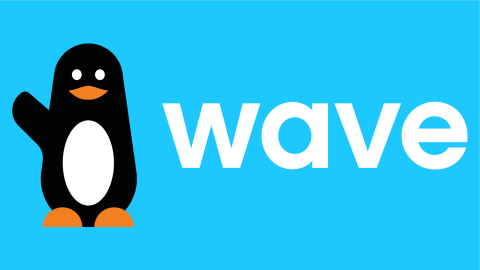 Within four years, Wave has gone from a spinoff from Asia and Africa-focused cheap remittance company, Sendwave, to a mobile money service provider worth $1.7 billion; the latest unicorn startup in Africa and the first in the French-speaking region.

The billion-dollar valuation comes after it raised $200 million in a Series A round led by payments giant Stripe; Sequoia Heritage, a private investment fund and unit of Sequoia; Founders Fund; and Ribbit Capital, with participation from other existing investors.

No other startup operating in Africa has raised as much in a Series A. OPay’s recent $400 million raise is the region’s largest venture round, followed by Interswitch’s $200 million investment from Visa and Flutterwave’s $170 million fundraise. All were Series C rounds.

Senegal is one of Africa’s fastest-growing mobile money markets, according to a 2020 GSMA report.

In 2015, the Central Bank of West African States (BCEAO), the common central bank of eight French-speaking countries in the region (including Senegal), allowed nonbanks to operate mobile money in its member states. Mobile money adoption has expanded since then, driven by early telecom entrants that had the requisite infrastructure and user base (mobile networks and subscribers) to establish the service.

All three telecom firms provide mobile money services under the Orange Money, Free Money, and E-Money brands respectively, and along with banks, dominate the digital financial services space. Other third-party providers like fintech have had to make do with small market shares while competing with incumbents.

But Wave, a product created by two Americans (Drew Durbin and Lincoln Quirk) to lower the cost of mobile money transactions, piloted in 2016 and officially launched in Senegal a year later, entered the market with a 70% cheaper service.

Wave offers free deposits and withdrawals via its mobile application and applies a fixed transaction fee of just 1% for money transfers between individuals. Unlike its competitors, Wave passes additional fees on bill payments from users on to businesses. For users without a smartphone, it provides a free QR-card to transact with agents, who are able to open accounts, receive deposits, and execute withdrawals.

According to co-founder Drew Durbin, Wave is building a mobile money service that is “radically affordable”. The startup has had to build its own infrastructure, including agent and consumer applications, an agent network, and QR cards in order to provide its super cheap service.

The startup’s low-cost transaction service has helped it take on incumbents, eat into their market share, and turn the entire mobile money industry on its head.

Wave’s strategy has managed to shake Orange in particular. To match the ultra-competitive offer that the startup has operated with since May 2020, the telecoms company was forced to lower its prices as well, bringing down bill payment fees to 1% from June 1.

Pressure on the network operator also saw it stop users in Senegal from purchasing Orange airtime via Wave’s mobile application, a move that’s been described as anti-competitive by the fintech company and resulted in a dispute currently in the hands of the country’s telecoms regulator.

Wave’s branch in Dakar – which is led by IT veteran Coura Sène – claims to be the largest mobile money player in Senegal with over half of the country’s adults, between four and five million people, making up its several million monthly active users. The Wave app has more than 5 million downloads on Google PlayStore. As reported by TechCrunch, the startup processes billions of dollars in annual volume and has partnerships with UBA and Ecobank for its Senegal operations.

Having previously raised just $13.8 million since its creation, Wave was able to attract the landmark Series A funding from investors to expand its disruptive business model, which has seen it become one of the most-used mobile money services in Senegal and achieved unicorn status – startups valued at or above $1 billion – as a fintech in Africa.

With the fresh investment, Wave plans to deepen its presence in Senegal and Ivory Coast, a country it expanded into recently and is currently running communication campaigns to raise awareness. The startup also intends to grow its 800-man team across product, engineering, and business, as well as expand into other markets it considers regulatory-friendly, like Uganda and Mali.