On the making of King of Boys, Netflix’s first original Nigerian series 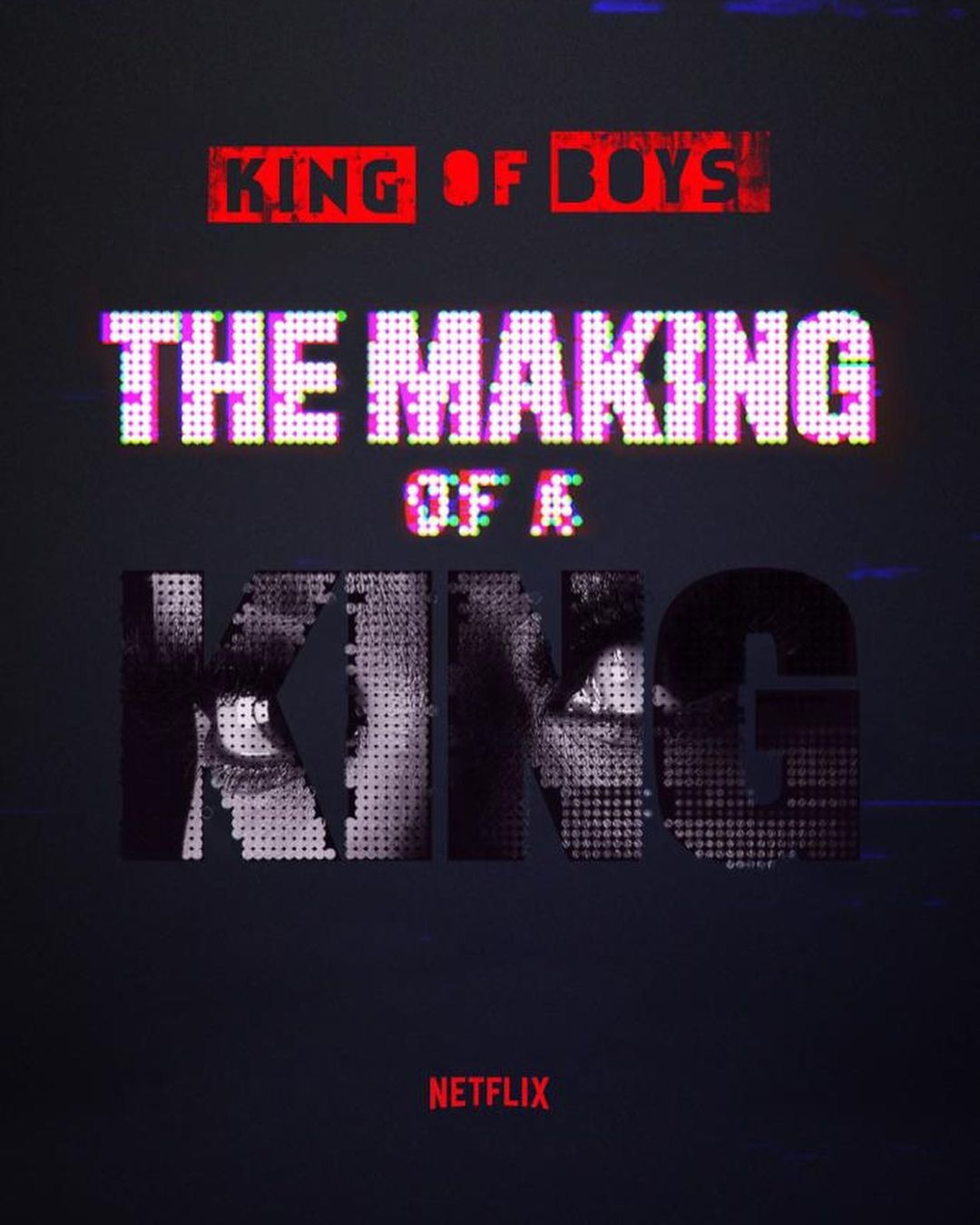 2021 was a year that came with many pleasant surprises, top of which was the release of the sequel to the 2018 thriller, King of Boys.

Unlike the first movie, which was released in the cinemas and raked in a whopping ₦245 million at the box office (second highest-grossing Nollywood movie in 2018), the sequel–King of Boys: The return of the King—was released on Netflix as its first original Nigerian series.

The King of Boys sequel (KOB 2) picks up five years after the events of the first film, with the protagonist, Eniola Salami, returning to Nigeria after a five-year exile and diving straight into fierce competition for the seat of the Governor of Lagos State. Directed by Kemi Adetiba, the sequel retained some lead acts from the first King of Boys movie, with refreshing additions like musician Charly Boy, and veteran actor Richard Mofe-Damijo.

KOB 2 was well received by movie lovers as it topped Netflix’s top-ten movie charts for many weeks. Considered by many as a great addition to Netflix’s expansive library of TV series and films, it helped the streaming giant gain more subscribers in the African region.

Ahead of the release of a documentary about the making of the King of Boys franchise, TechCabal spoke to Michael “AMA psalmist” Akinrogunde, the director of the documentary, who was also the production coordinator and one of the second unit directors of KOB 2. Akinrogunde is notably the director of Ghost and the Tout 2, one of Nollywood’s highest-grossing movies in 2021, and a 2018 Africa Magic Viewers Choice Award (AMVCA) winner.

Daniel Adeyemi: So, I’m going to start with a plot-related question that everyone’s been asking. When did Makanaki and Eniola Salami meet to settle their differences?

Michael Akinrogunde: Well, it depends on how you watched the movie.

DA: But I watched it more than twice.

MA: I can only say what has been shown. (laughs)

DA: Okay, fair enough. What was different about creating this movie in partnership with Netflix?

MA: Interestingly, as at the time we started shooting KOB 2, I don’t think it was confirmed as a Netflix original. However, it didn’t affect the way we shot it or how professional it was, as that’s always been Kemi Adetiba’s style. The production was already set to be a world-class one, whether Netflix was going to be on board or not.

DA: Considering that this was Netflix’s first Nigerian original series, how much technical support did Netflix bring in?

MA: I wouldn’t say there was much of that because Kemi already approached the movie with the mindset that she’s making it to international standards. So, we were using the best cameras and lenses available to achieve the shots we needed. We also worked with some of the most talented crew and cast.

DA: What was the difference between shooting a regular movie and a 7-part series?

MA: Another thing that’s noteworthy is that, when we finished shooting King of Boys, nobody knew we had shot a series. On the script, it was a regular movie and, as you will see in the documentary, it was converted into a series because the movie was too long and there was no part we felt we could cut. Even after it was converted to a series, at the end of the first cut edit, the whole series, according to the editor, was about nine hours long, not the seven hours that was released.

DA: Fair enough. What’s something that was subtle in the movie but impacted its perception by the audience?

MA: Personally, it was the brilliant lacing of drama with action. The movie was structured in a way that gave an action movie feel, with few stunts and fighting scenes. Having a lot of guards, guns, and machetes shown in different scenes made viewers feel like they were watching an action movie.

DA: Looking at the action scenes, how did the crew achieve the sequences?

MA: I saw first-hand how incredible Kemi is with blocking. I also think the crew found creative ways to make it work. If there’s anything Hollywood has, it’s probably more stuntmen who can do more flips; and more robotic equipment, which we didn’t necessarily “need” in this movie. The explosion scene was computer-generated imagery. In the scene where young and old Eniola were speaking at the same time after the elders had been shot, we used a welding machine to create the sparks-of-light effect which we fine-tuned in post-production. The explosion on the table was done with a type of safe bomb that explodes with colours. The stunt experts marked out safe areas; we would do a few rehearsals, and then shoot the scenes.

DA: Were there other scenes where you had to improvise?

MA: Yes, sure. Shooting in the middle of the pandemic meant we had to improvise. For example, the scene where Makanaki goes to meet the babalawo, that wasn’t shot in a forest; it was in a hotel hall. Also, the snake that was on Odogwu Malay’s car wasn’t real.

MA: It almost felt like a Lagos tour, which isn’t typical for a Nollywood movie because you’d usually try to keep the production cost low by limiting movement. With KOB, it was whatever was needed to make the scene happen. We shot for about 63 days, with the exception of a few days when we couldn’t shoot because of the #EndSARs protests and the weather.

We shot on the mainland and the island—Lekki, Ajah, Ijora. We shot in places I didn’t even know people were allowed to shoot, but the team, being resilient, got the necessary permit to shoot.

DA: How did technology help in the coordination and production of the movie?

MA: The KOB 2 set was a large set. We had about 60–90 crew members, depending on the production needs on a particular day. On some days we needed more people because of the scenes we were shooting. Most of the communication was done via walkie-talkie because of the need to communicate changes and general updates to team leads. For example, say we planned to shoot set scenes 1, 3, 4, 5, and then there’s a traffic delay for the cast coming in, or there’s a wardrobe malfunction, you can’t just keep production waiting. You might need to shoot a scene that wasn’t planned before. We also used WhatsApp and Cloud storage. We had to do a lot of collaborative work across different time zones, because one of the key producers, Remi Adetiba, wasn’t in the country. So, we had to share the videos shot via Google Drive and do some video calls to keep the show running smoothly.

DA: What was surprising about the response from the audience to KOB 2?

MA: I don’t think there was anything that was necessarily surprising. I was more blown away when we started topping the charts on Netflix before it was released. That blew me away; it meant that people were waiting for this.

Personally, I had a small fear that people might not open their hearts to it because there’s a general fear that people have about movie sequels that come with a different storyline or characters. Fans tend to personalise things that they love. They say things like, “Don’t spoil our movie; leave it the way it is.”

I was skeptical that people might not understand some things I saw in the private screening with other crew members, but then to see people go even deeper into analysing the movie is exciting to see.

DA: Are we getting another KOB sequel?

MA: This is entirely up to the creators of the show! However, I think most people are anticipating a sequel because of how KOB 2 ended. Just like the first part, the movie ends in a way that hints at a follow-up. However, for now, let’s all just enjoy the magic of the moment!