Ghana prepares to test its digital currency, the eCedi 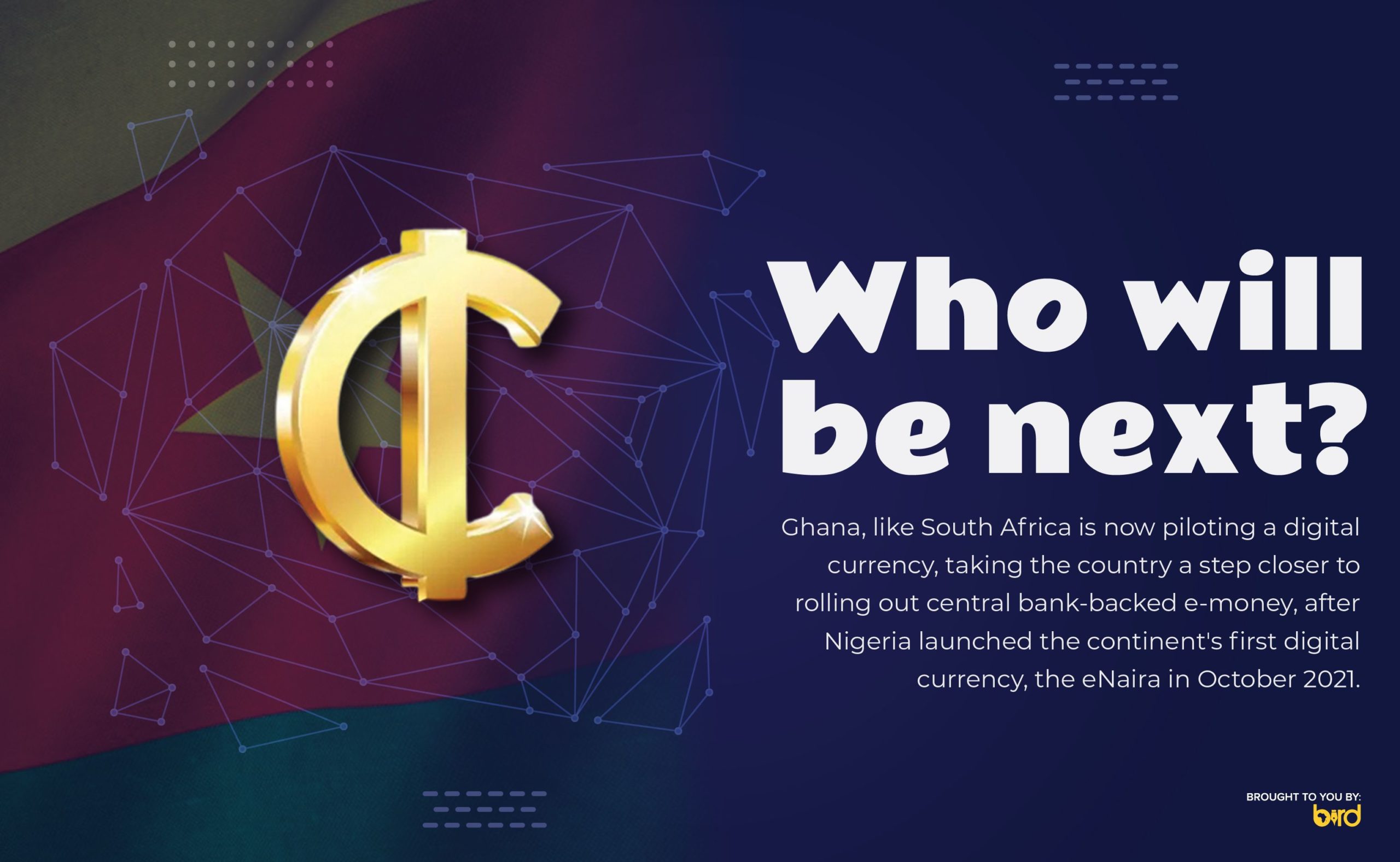 Who will be next? Ghana, like South Africa is now piloting a digital currency, taking the country a step closer to rolling out central bank-backed e-money, after Nigeria launched the continent’s first digital currency, the eNaira in October 2021.

This article was contributed to TechCabal by Conrad Onyango bird, story agency

Ghana has become the latest African country to begin testing the viability of its central bank-backed digital currency, the eCedi, heating up the race to roll out e-cash on the continent.

South Africa and Ghana are now the only African countries at the pilot stage of the process after Nigeria launched the eNaira in October 2021.

Ghana is testing an offline version of the eCedi in Sefwi Asafo, a small town in the country’s Western North Region, using a contactless smart card. eCedi is a retail Central Bank digital currency that can be used for payments between individuals and merchants through a digital wallet application.

The Governor of the Bank of Ghana, Ernest Addison, has listed financial inclusion as its top objective and chose to test the eCedi in an area where there is little to no connectivity infrastructure.

“Digitising the offline transactions of rural and frontier households holds the key to creating the necessary market linkages that could result in access to finance in future,” said Addison during the country’s sixth CEO Summit a month ago.

Some members of the Sefwi Asafo community have been using the eCedi for daily purchases of groceries with the bank saying it will continue obtaining critical usage data from the transactions, that will inform its decision about the eCedi’s future after the pilot.

“These are clearly landmark events in providing digital leadership with the payment systems, to lead to a digitised economy in the near future,” Addison said in a speech.

In contrast, South Africa is conducting two pilots focused on testing a wholesale CBDC. One focuses on the use of an e-currency by financial institutions for interbank transfers under the country’s Project Khokha and the other focuses on cross-border payments between South African Reserve Bank and the central banks of Australia, Malaysia and Singapore.

The International Monetary Fund (IMF) in its latest analysis shows that CBDCs that facilitate cross-border payments could help reduce the cost of transfers and make sending remittances easier, faster and affordable.

“Faster clearance of cross-border payments would help boost trade within the region and with the rest of the world,” said the IMF.

At least 15 African countries have either announced plans to launch regulated virtual money, or are in the research, development or pilot stage.

According to the Central Bank Digital Currency (CBDC) tracker, four countries – Rwanda, Zambia, Sudan and Uganda have announced their intention to adopt digital currencies in 2022.

Uganda’s Central Bank has been in talks with a UK-headquartered technology company, TemTum on developing a CBDC. Uganda is looking at running its digital currency on a blockchain platform that supports high-value transactions at a cheaper cost.

TemTum boasts of an innovative, advanced blockchain protocol and cryptography that it says is ultra-fast,” quantum secure”, energy-efficient, and highly scalable.

Zambia is also looking at a platform that will address high transaction costs and boost financial inclusivity. The country’s Central Bank expects to complete research by the fourth quarter of 2022.

Kenya and Zimbabwe had both previously announced their intention of adopting digital currencies in 2021 but have yet to do so.

Namibia, Tanzania, Mauritius, Morocco, Egypt, Tunisia and Eswatini are all in the research phase.

Nigeria, meanwhile, is looking to boost adoption of the eNaira with plans to enable millions of feature phone users to access the digital currency via Unstructured Supplementary Service Data (USSD). The currency has recorded a low adoption rate with just below 800,000 users since its launch.

Rhw IMF in its weekly blog said CBDCs could bring financial services to people who previously didn’t have bank accounts, especially if designed for offline use.

“In remote areas without internet access, digital transactions can be made at little or no cost using simple feature phones,” the IMF said.

A total of 10 countries across the world have fully launched a digital currency, following Jamaica’s launch of its JAM-DEX.

The Atlantic Council, an American thinktank, expects that number to expand, with China currently piloting a CBDC and as 50 countries enter the advanced phase of exploration-development, pilot, or launch. 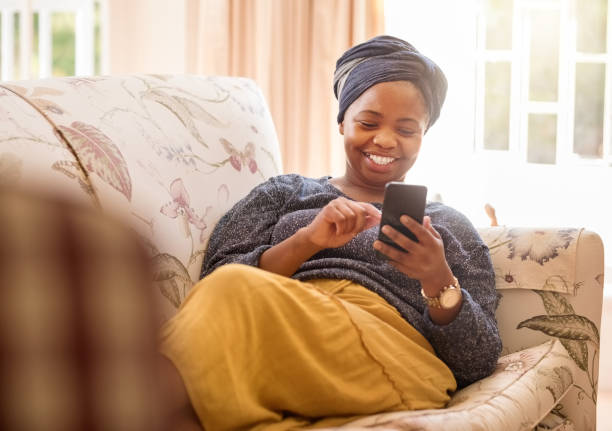