How Bitcoin communities in Africa are fostering Bitcoin adoption 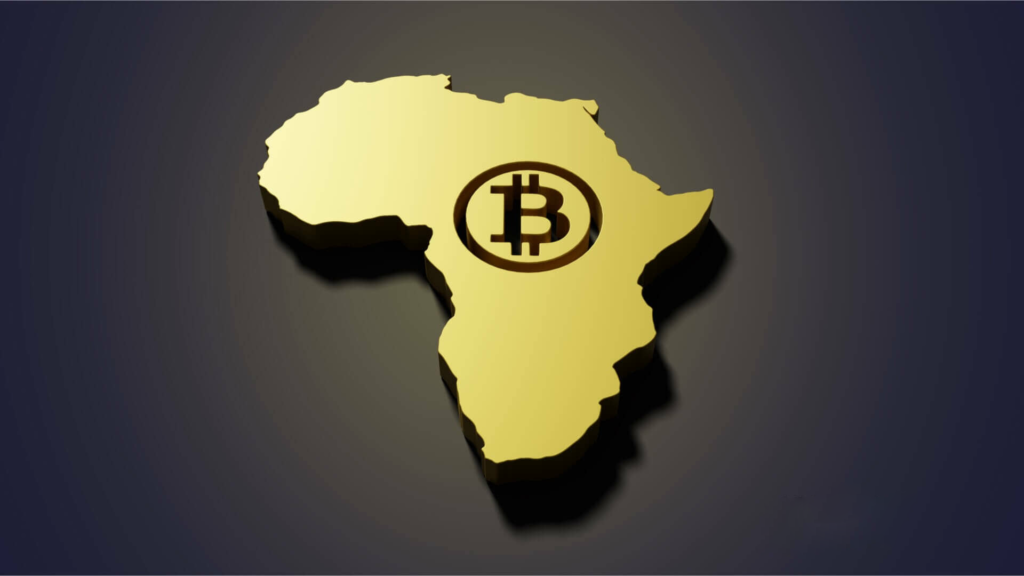 In October 2020, Nigeria witnessed the largest protests the country had ever seen, as thousands of young people went out to march against police brutality and demanded the disbandment of the infamous SARS (Special Anti-Robbery Squad) unit. The #EndSARS protests went on for about 2 weeks and suffered severe suppression from the government —one of which was financial. Between October 11-14th, the Feminist Coalition, which comprised 14 women at the time, had its bank accounts suspended, forcing them to find alternative ways to galvanize the financial resources needed to support the protests. They found Bitcoin.

Bitcoin for a fair financial system

Anita Posch is a digital nomad who currently resides in Zambia. She was a web designer for about 20 years before stumbling upon Bitcoin in 2017 and now works as a Bitcoin educator. Anita is the founder of Bitcoin for Fairness, a non-profit that is committed to educating people at the grassroots about Bitcoin and its potential to empower them. On her motivations for her work, she said, “Many people are excluded from the global financial system because they are either too poor, cannot access a bank, or don’t have all of the necessary paperwork required for that. Bitcoin is an equaliser here, giving everyone around the world the same access to the same financial system. We live in an unfair world, but bitcoin is open-neutral internet technology, which just like the internet, allows people to transact freely. It is neutral and takes no sides regardless of race, gender, nationality or social/financial status. No one can freeze Bitcoin transactions or interfere with them, which is a very useful tool in today’s social and political climate.”

Money is an important component of a globalised world and should be mobile and flexible. However, it is often heavily regulated, which can limit people’s access to them and usage. Anita believes that Bitcoin can provide unfettered, decentralized money connections.

“In the course of my work, I’ve met someone who told me that Bitcoin was the first time they got to send money from Zimbabwe to Malawi. Previously, they couldn’t do that without a lot of paperwork or high fees.”

Bitcoin as a way to counteract inflation

Mary Imasuen is the content/creative media associate at Bitnob — a Bitcoin trading platform – and a Bitcoin gamer and podcaster.

Mary’s interest in Bitcoin grew in 2018– the year she realized that the interest she received from her savings and regular investments wasn’t enough to counter inflation. This realization prompted her to look into investment opportunities that could protect the value of her money. Her search led her to Bitcoin.

Nigeria’s inflation has been north of 10% since 2018, with the current inflation rate at 20.95%. For young Nigerians, attempting to build wealth while earning an unrewarding salary in naira is the future.

“If you look at the performance of Bitcoin over the years, you’ll see that the rate of returns of Bitcoin is a lot higher than what the naira or your stocks give you. Bitcoin gives an average of 230% annual returns, and when you think of that in a country like Nigeria where the inflation rate is over 20.5%, it just makes more sense to invest that as an asset because it will combat the inflation rates,” said Mary.

Mary is very involved in the Bitcoin community; she sees Bitcoin’s potential to help young people make the most of their money. And Mary isn’t the only Nigerian with digital currency foresight because Nigeria reportedly has a  24.2% Bitcoin adoption rate.

“The world is heading towards a recession and Bitcoin is a great tool to protect your finances. As an asset, it is deflationary, and finite in supply — unlike currencies like the naira or dollar that can easily be printed, putting them at risk of devaluation. Regardless of how much the price of Bitcoin dips, it still is the best-performing asset of the decade, and has given more returns than any stock or investment.”

Africa has the highest rate of Bitcoin adoption in the world, and a major reason for this is widespread education on the benefits of the cryptocurrency. There is a dynamic Bitcoin community in Africa with members who are committed to promoting awareness of its potential and improving access to it.

One of such is Kgothatso Ngako, who is the founder of Machankura. Machankura is a custodial service wallet that allows people to send and receive Bitcoin with USSD codes. At first, Machankura started by translating Bitcoin literature into African languages in order to eliminate the language barrier; but during the course of their work, they stumbled upon a challenge. Due to the digital divide that affects Africans, most people in rural communities do not have access to smartphones and internet data, and this pushed Kgothatso to create a simpler, less-data-dependent way to move Bitcoin. Currently, Machankura is live in 9 African countries and the team is working to expand. Speaking with TechCabal, Kgothatso says adoption has been quite good so far.

“We have over 1000 users so far. One of the aims of the project is to be a full lifecycle so that people can receive Bitcoin and spend. In South Africa, there are shops that allow customers to pay for purchases using Bitcoin vouchers. Also, people can buy and top-up Bitcoin vouchers without needing a smartphone or internet connection.”

According to him, Bitcoin is not just a complex idea that only applies to large sums of money. It is practical and can be used in various ways for everyday activities as well.

In a township in South Africa, a small group known as Bitcoin Ekasi is also using Bitcoin for everyday activities. According to the co-founder, Herman Vivier, they have employees who earn in Bitcoin and spend this Bitcoin directly in their communities. They set up Bitcoin wallets for merchants in these communities so that they can receive payments in Bitcoin. A similar project is in the works in Nigeria, called the Bitcoin Village, which promises to be a safe haven for Bitcoiners. According to the co-founder, Oluwasegun Kosemani, “You will be able to come here, spend your bitcoins, and buy items from locals directly using the lightning network.”

The Bitcoin movement in Africa is not without its challenges. One of these is that a large number of people only see it as an avenue to make quick money, eventually leading them into losses.

According to Anita Posch, Bitcoin is so much more than a ‘get rich quick scheme.’

“A lot of people get carried away by the idea of making so many returns from Bitcoin and put all of their money into it, expecting to be rich overnight, as we’ve seen in the past 6 months. If you’re looking to invest in Bitcoin, you need to leave it there for at least three to five years. You can’t expect to have huge gains tomorrow, only scams promise you that.”

Imasuen believes that this misconception surrounding Bitcoin usage stems from a lack of information. But there’s an easy solution that involves Bitcoin communities creating and distributing educational resources around digital currencies. 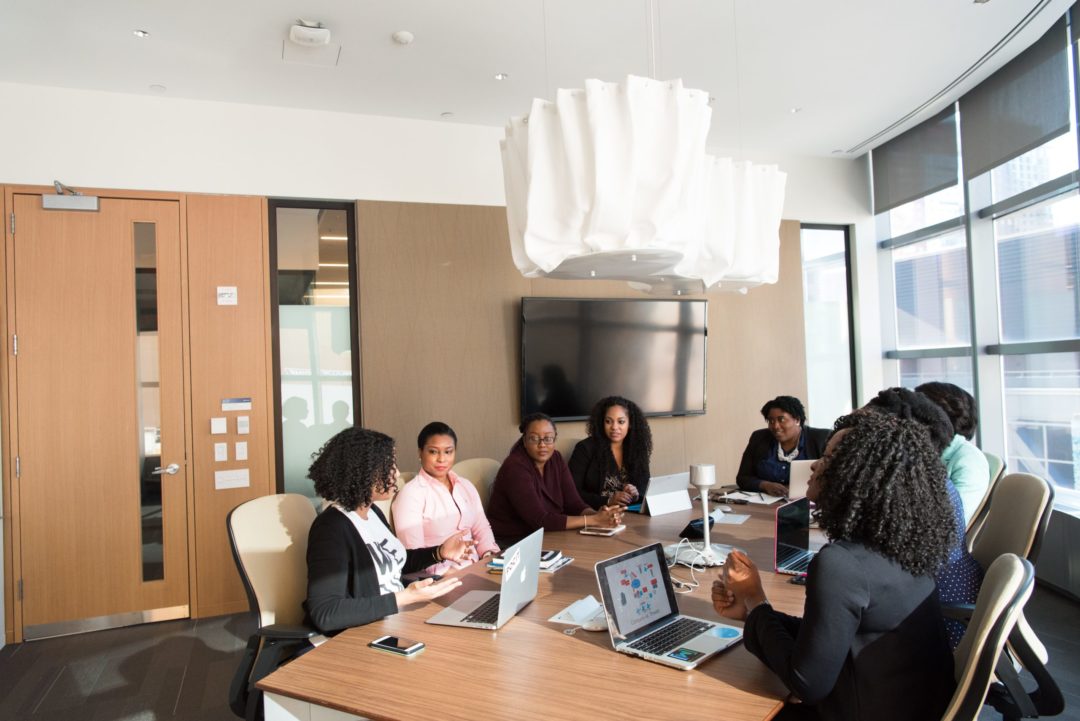