This is the sixth entry in a series of entries which follows Sorbari Akpea, a young, ambitious, Nigerian entrepreneur, as he tries to build the next internet giant called Netsob. The original post was entered into his journal at 8:16pm on the 21st of March, 2012. You can find the complete entries published so far here.

One Week Ago: if you’ve been following our story, you’ll remember that at this point we just launched iUniport – the University of Port Harcourt web portal where Uniport students can read and post news update of what’s currently happening in their school without any need to register and students loved it. They visited; they told us how much they loved it and asked us to keep up the good work.

Then they disappeared!!! They never visited again.

This was exceedingly confusing, to say the least. If you loved a site, doesn’t that mean you’ll visit it regularly? Or at least a second time. One thing I had previously learnt from a Nigerian preacher named Pastor Bankie in the message, The Culture of Excellence in a series titled Foundations and Pillars of Financial Prosperity, was that it’s not first-time customers who make businesses grow.

According to him, no matter how similar your business is with millions of other businesses, one day, you’ll still get a customer. However, that’s not what will make your business do well. What really determines whether your business will grow or fail is whether that customer comes back a second time and whether he brings his friends with him.

And here we were, faced with a similar situation where we were having several first-time customers and less than 5 per cent were returning. The strange thing was that had they not told us how much they loved us, we would have simply thought our site sucked that was why they weren’t returning.

But these users actually took their time to send us a message saying how much they loved us. They must at least like us: even if only a little bit. So why weren’t they coming back? This was so odd. This was why I called it the iUniport Paradox.

I thought about this problem for a long time but couldn’t understand it so I decided to drop it. I had previously learnt from Paul Graham, an American computer programmer and creator of the first web-based application called Viaweb which eventually became Yahoo! Stores, that if you have a problem you’re trying to solve and you’ve thought about it for a long time and still cannot solve it, let it go.

Most times, it might be because you’re approaching the problem in a wrong way. So forget it and let your mind wander. The problem will still be there in your subconscious. And subconsciously, your mind will figure out a better way to deal with it. This is why most people stay on a computer all night trying to solve a problem and they could not. And the next morning in the shower, the solution jumps at them and they shout: I’ve got it!

Four days ago, I was working on a problem-set on my computer when suddenly something struck me. Some weeks earlier, a young lady had suggested we go on Twitter and that it would be easier for people to simply follow us on Twitter. I didn’t think it was a good idea for us to go on Twitter, but I really wanted to know why she suggested that and although I thought about it for a long time, I couldn’t seem to figure out why she suggested it.

Then it struck me out of nowhere – people don’t want to go to another website to read news. They would if they really have to, but that would be inconvenient for them. What they would rather have is for the news to come to them like on Twitter. You follow someone and their updates are posted to you. So the young lady who suggested we come on Twitter didn’t really want us to come on Twitter, what she really wanted is for the news updates to come to her.

And that was the question that finally solved the iUniport Paradox. The thing is users don’t really have the time to be checking different websites everyday to see whether or not there’s new content on it. They’re too busy for that. So even though they loved a site, they won’t come back after every two minutes to check it. What they would rather have is for the new content to come to them. What they want is a subscription feature.

Since Netsob is in the business of giving users what they want, we rolled out a subscription feature a couple of hours ago which enables users subscribe to iUniport and have the latest news updates sent to them as Facebook Wall posts. And with almost a 95% subscription rate, I can confidently say, our users wanted a subscription feature. 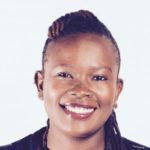