Everything you need to know about Blockchain

Blockchain technology, in essence, took its first steps in 1991, when two research scientists: Stuart Haber and W. Scott Stornetta, introduced a computationally practical solution for time-stamped digital documents so that they could not be modified or tampered with.

All this means that in its beginnings, the blockchain functioned more as a technology for temporarily blocking information than as a permanent and auditable decentralized option. That is, it was more or less similar to how smart contracts work today.

You want to know a little more about smart contracts, so be sure to read the following article on Smart Contracts: A Milestone Innovation from Ethereum.

The system used a cryptographically secure blockchain to store the time-stamped documents, and in 1992 the Merkle trees were incorporated into the design.

Merkle trees are data structures divided into several layers whose purpose is to relate each node with a single root associated with them. In this way, it is possible to synthesize all the network data in just seconds.

To achieve this, each node must be identified with a unique identifier (hash). These initial nodes, called child nodes (leaves), are then associated with a superior node called parent node (branch). The parent node will have a unique identifier resulting from the hash of its child nodes. This structure is repeated until reaching the root node or Merkle root, whose imprint is associated with all the tree nodes.

This whole process, called Merkle trees, made the network more efficient by allowing multiple documents to be brought together in a single block. However, this technology was not used, and the patent expired in 2004, but despite this, it represented an important step in the evolution of what would be blockchain technology.

It is important to note that even though blockchain technology is being used in different human life areas today, its evolution is intrinsically linked to decentralized finance.

Proof of this is that in 2004, computer scientist and crypto activist Hal Finney (Harold Thomas Finney II) introduced a system called RPoW, Reusable Proof Of Work.

The system worked by receiving a non-tradable or non-fungible proof-of-work token based on Hashcash (an algorithm that was the predecessor to Bitcoin’s Proof of Work and whose main function was to minimize spam mail and denial-of-service attacks).In return, the system created a token signed by RSA or “Rivest, Shamir, and Adleman” (a public key cryptographic system developed in 1979), which could then be transferred from one person to another P2P.

The RPoW system solved double-spending (a computer attack involving multiple uses of the same digital currency). It achieved this by maintaining ownership of the tokens registered on a reliable server designed to allow users around the world to verify with accuracy and integrity in real-time of your digital currencies.

RPoW can be considered as an early prototype and a crucial initial step in the history of blockchain and decentralized cryptocurrencies in general.

If you want to know who Satoshi Nakamoto is, click on the following link:

Based on the Hashcash Proof-of-Work algorithm, but instead of using a reliable hardware computing function like RPoW, dual spending protection in Bitcoin was provided by a decentralized peer-to-peer protocol for tracking and verification of transactions; Proof of Work.

In short, individual miners “mine” bitcoin for a reward using the Proof of Work mechanism and then verify it by decentralized nodes on the network.

How much money could I earn mining bitcoins? Find the answer to this question in the following article:

On January 3, 2009, Bitcoin was born when the first block of bitcoin was mined by Satoshi Nakamoto, who got a bounty of 50 bitcoins. The first Bitcoin recipient was Hal Finney, he received ten bitcoins from Satoshi Nakamoto in what would be the world’s first bitcoin transaction, specifically on January 12, 2009.

Although the blockchain began its first steps in 1991, it was not with Bitcoin’s birth that it would take a definitive shape. This was its first special use case, that is, a decentralized P2P financial system.

What is the blockchain?

It is a computer operating system through which its database is stored, managed, and executed through block structures that contain information (on actions, movements, transactions, contracts, etc.), but that as an aggregate also includes meta-information of the previous blocks.

In such a way, each of these blocks is joined in a chronological line that makes it possible for the entire network’s registration and general operation to be completely dependent on the chronological compatibility and interoperability between the blocks that make up the network. Here the name blockchain.

What are the most successful blockchain projects of 2020? The following article reveals this and much more:

Next, it is important to note that all these blocks are stored simultaneously in multiple nodes (computers) distributed in different parts of the world or a specific location (depending on the computer project). This allows the information to be backed up, protected, and audited more easily, either publicly or by the constituents of a private organization.

One of the main benefits of blockchain technology is that it is very difficult to hack, and this is basically because all the information and operability (movements, transactions, contracts, etc.) are executed simultaneously in all the nodes involved in the network. To hack the system, the attacker must do it on all computers simultaneously, a costly fact and almost impossible, according to many computer experts, but never impossible.

It is that network or operating system with decentralized distribution of nodes. Regardless of its purpose, any citizen of the world can access a simple computer and Internet access. But what is fascinating is that beyond this access (without censorship), each person becomes involved and responsible for the network.

Each person can audit it, specific aspects such as its database, records, movements, contracts, and transactions.

Although the network does not show the names of users that interact with it, there is a code or a public key that identifies each person or user.

In the case of decentralized finance use, the best examples of public blockchains are Bitcoin, Ethereum, and Litecoin. However, remember that blockchain can go beyond finance (medicine, agriculture, notary public, industrial production, etc).

In this case, we are also talking about a network or operating system with decentralized distribution of nodes that can be accessed with a simple computer and internet access from anywhere.

In this regard, it is public, decentralized, and uncensored, but it is confidential because both the users’ identity data, their activities, and transactions are anonymous.

Which is why they are often called closed source blockchains. That is, they are for public use, but public auditing is not possible.

They are all those networks or operating systems with a centralized distribution of nodes. This means that although the nodes are distributed in different parts of the world, an organization maintains absolute control of this; it can be a private company or government.

Regardless of the purpose of this type of blockchain, users cannot access this network unless they are granted a special invitation from a private company, government, or an organizational conglomerate.

What defines the decentralization of a blockchain network is the protocol. For Bitcoin, it is the Proof of Work protocol. In addition to the protocol, it is also important to highlight the transparency, veracity, and purpose of the organization (foundation or company) that manages each blockchain project.

Some of the most famous examples of private blockchains are Hyperledger (from the Linux Foundation), R3 (a consortium of international banks to develop private blockchain banking solutions), or Ripple (a protocol to facilitate international money transfers). Or any other centralized blockchain that political organizations created to support their government cryptocurrencies.

It is a combination of the public and private blockchain types mentioned above.

Basically, the nodes that intervene in the network do not have public access. To enter, they must be invited as in the private blockchain type. Once these nodes are invited, they participate in the blockchain network’s maintenance and security, as it occurs on the public blockchain network.

On the other hand, the information stored in the hybrid blockchain network is completely in the public domain, which means that it can even be viewed and explored by users who do not intervene in it, something typical of the public blockchain type.

What are the benefits of the blockchain in managing digital identity? If you want to know it, click here:

Although the blockchain was born alongside our time’s decentralized finance, Bitcoin, it must be remembered that the blockchain is a technology that goes beyond finance.

It is a structure and a particular technical arrangement of a cumulus of nodes, which in most cases work in a distributed and simultaneous manner with different purposes such as: operating an operating system, recording information, supporting and shielding a database, decentralized governance, and even centralized governance.

All of these with different and multiple purposes related to different areas of human life, such as medicine, industrial production, public notaries, agriculture, public service records, etc.

Blockchain is a technological phenomenon, a technical computer tool that is expanding every day to all areas to solve human problems of governance and administration. 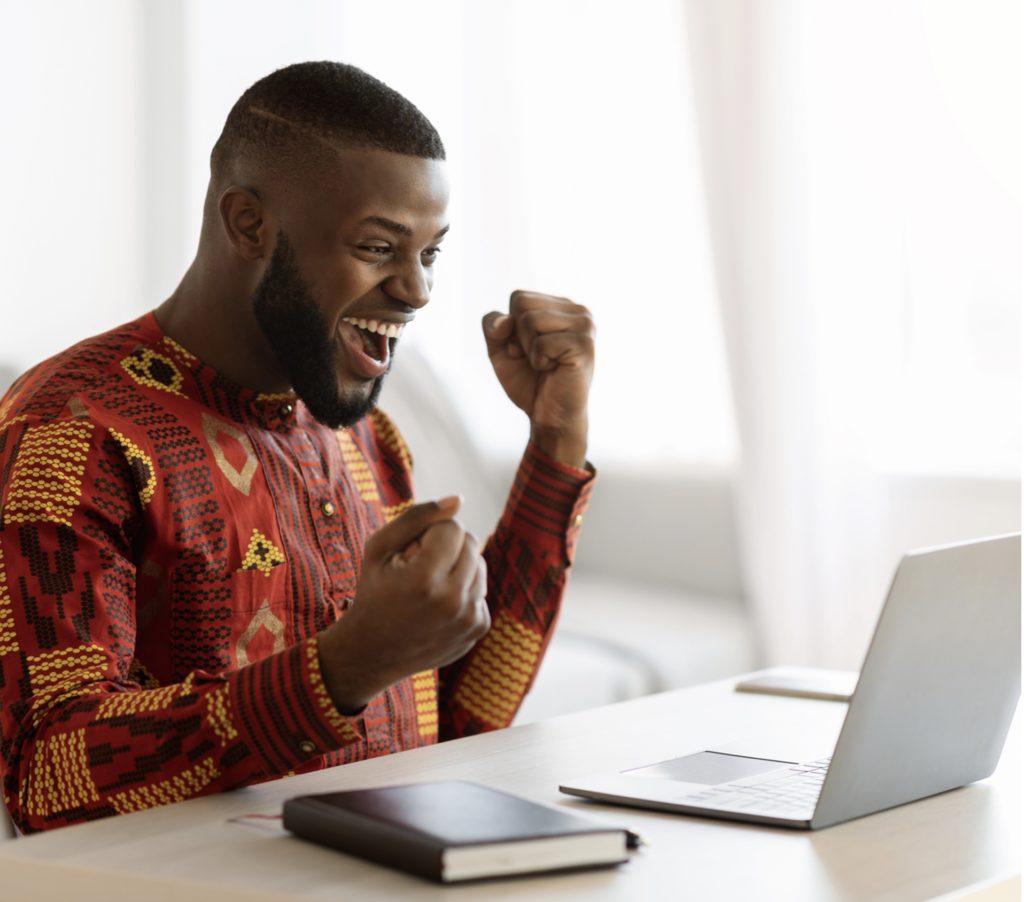 Partner
Hyperia (in partnership with Yahclick )set to provide broadband Satellite internet outside the reach of fiber connectivity.
Partner 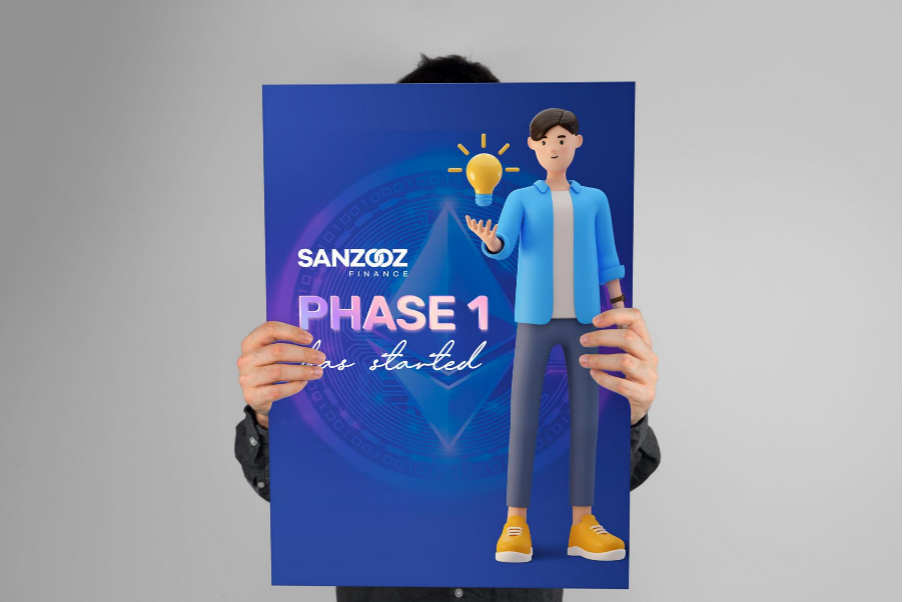 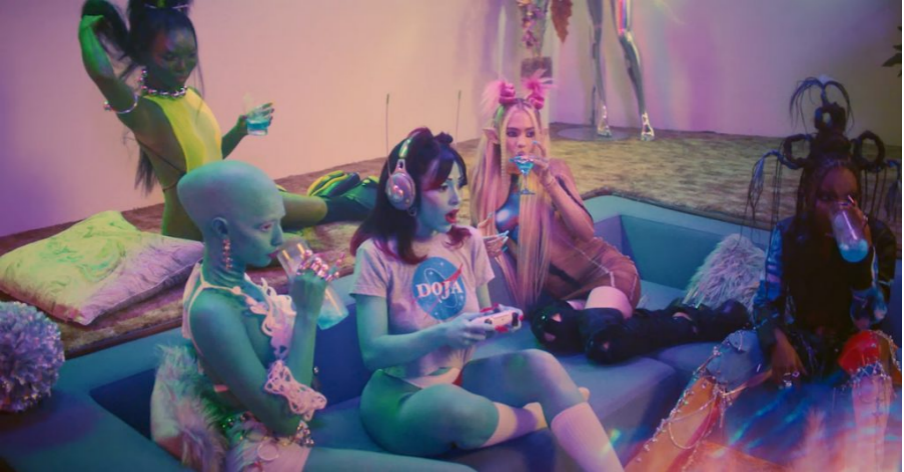 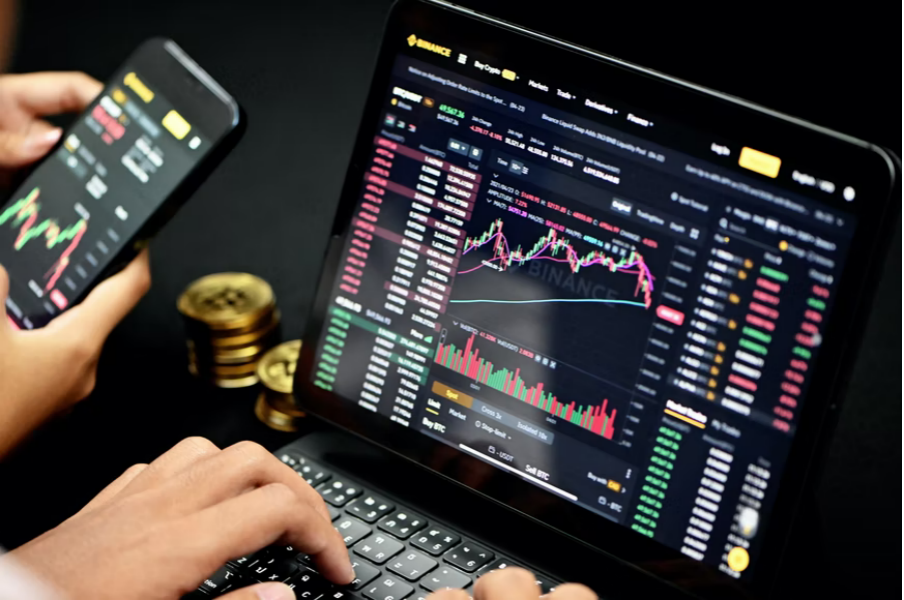 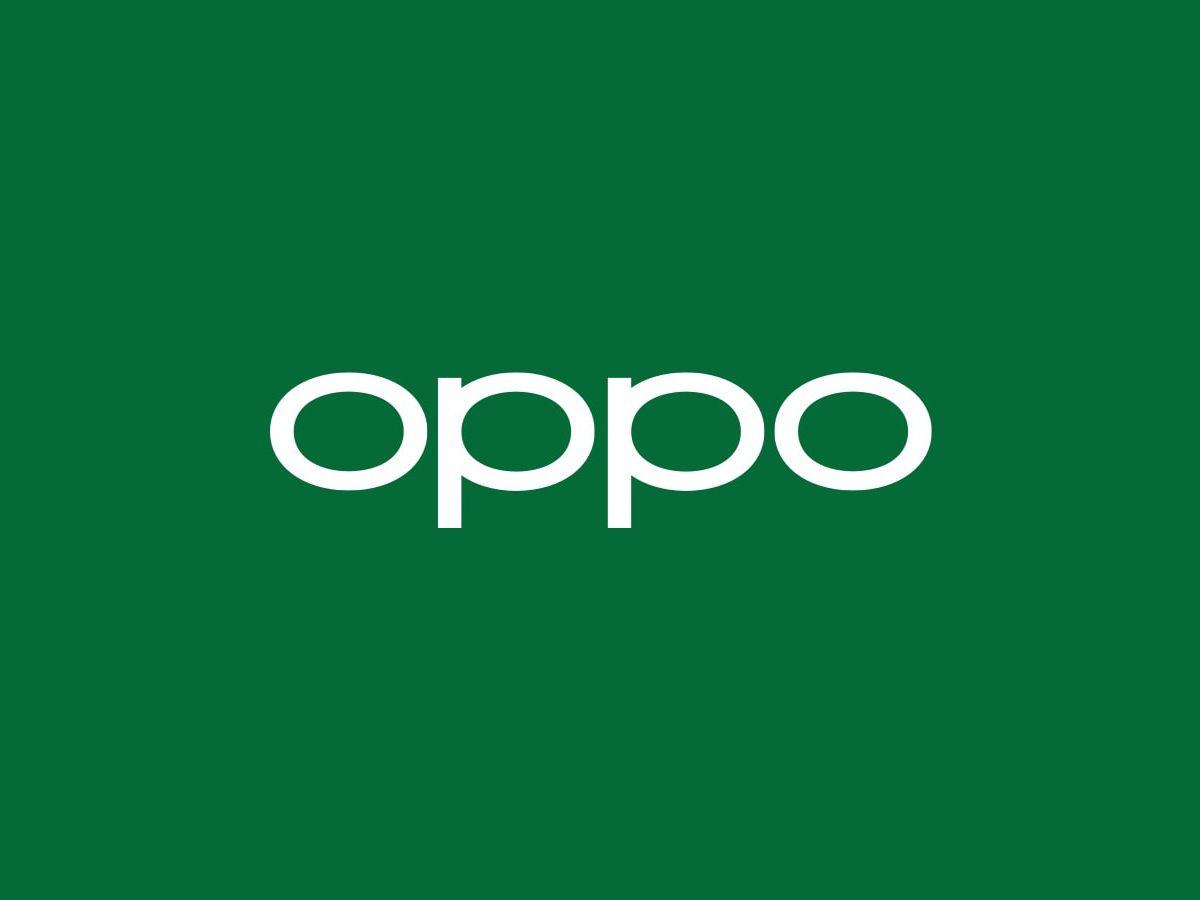 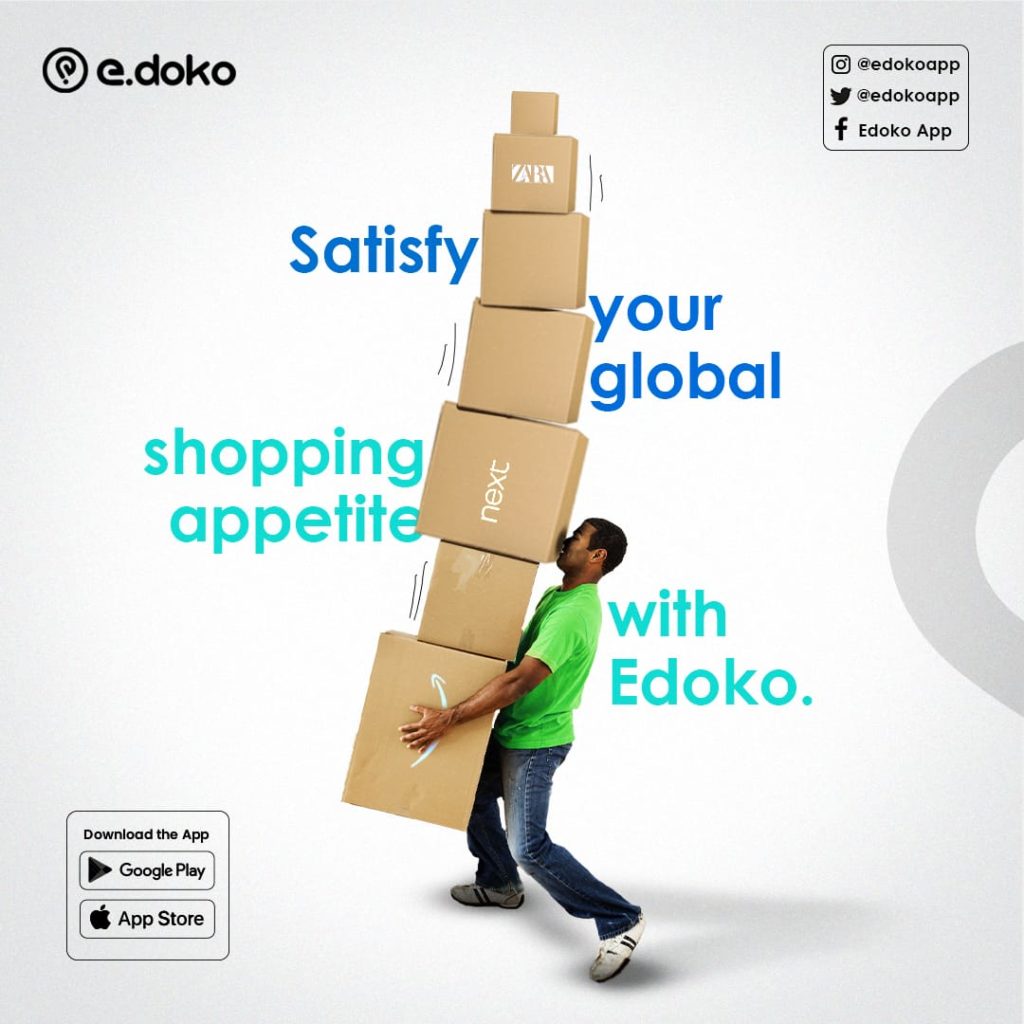