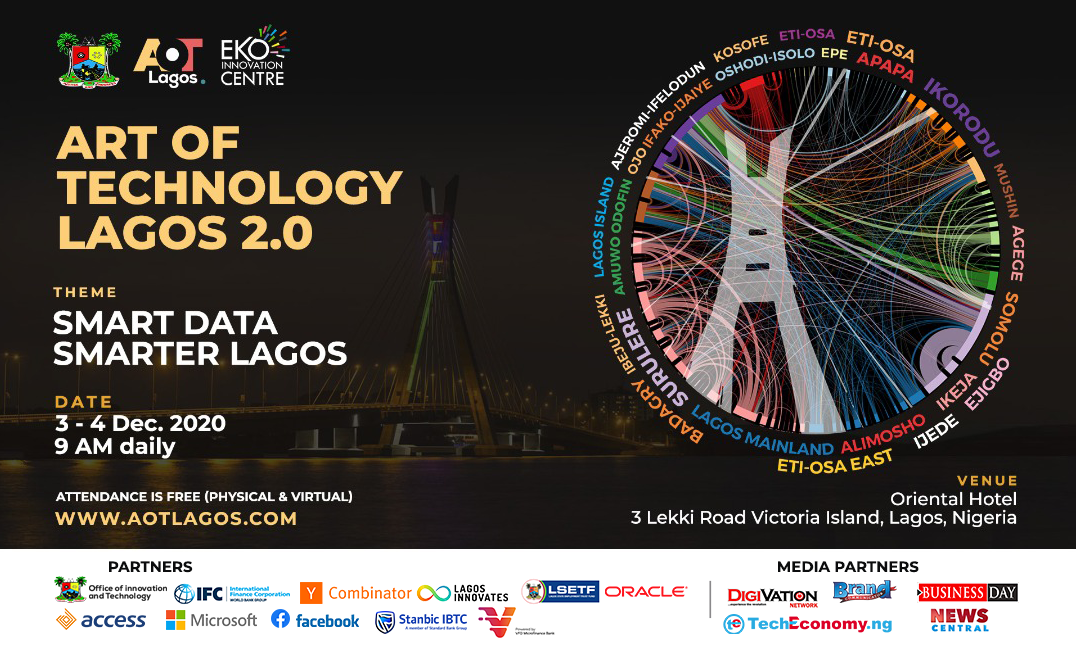 In line with its SMART City agenda of making Lagos a 21st century economy, the Lagos State Government (LASG) through the Office of Innovation and Technology is organising the second edition of Art of Technology Lagos 2.0. curated by Eko Innovation Centre, the two-day conference will bring together the best of tech minds from across the globe physically and virtually on the 3rd and 4th of December 2020.

Aptly themed ‘Smart Data, SMARTER Lagos,’ AOT Lagos 2.0 will facilitate multi-stakeholder discussions, exchanges and collaborations along the data value chain as an enabler of a SMARTER Lagos. The conversation will centre on the fundamental role data plays in connecting the city with its citizens. Together, delegates will rub minds on how data can be collected, collated, analysed and deployed for governance, commerce and development.

Prof. Yemi Osinbajo, Vice President of Nigeria will deliver the Presidential address on ‘Lagos, Driving a Smarter and Efficient Nigeria’ while Dr. Isah Ali Pantami, Honourable Minister of Communication and Digital Economy will speak on ‘Nigeria in the eyes of the world: The data approach.’

According to the Curator of Art of Technology Lagos 1.0 and Founder of Eko Innovation Centre, Mr. Victor Gbenga Afolabi, the two-day summit was building on the success of the maiden edition which held in 2019 and recorded over 2,000 participants in attendance. He noted that one of the key successes was the launch of the Lagos Innovation Masterplan which has continued to guide the Lagos state government in achieving its SMART City agenda.

In addition, the Governor announced a tech fund of N250 million to be managed by the Lagos State Science, Research and Innovation Council (LASRIC) headed by the Vice-Chancellor of the University of Lagos of which N100 million has already been disbursed. The Open Government Initiative and Lagos State Solution Hub were also launched.

This year’s conference will feature 60 industry speakers, 50 investors and 35 experience centres. There will also be an ideathon tagged Collaborate Lagos where innovative policies and tech driven solution aimed at achieving a SMARTER Lagos will be pitched by startups. Also expected is the launch of a new tech product by Lagos State. Interactive panel discussions led by experts will cover transportation, agriculture, environment, education and healthcare. They will engage on the understanding of data economy, the opportunities it presents and the exponential change it could trigger. Plenary sessions will focus on exploring collaborative platforms to facilitate the sharing of the best ideas and innovations to inform policy and inspire collective action for scale and global impact.

The hybrid event will happen through online VR experience [www.aotlagos.com], however the physical ‘limited edition’ part will be hosted at Eko Hotel & Suites, Victoria Island, Lagos and attendance is strictly by invitation. 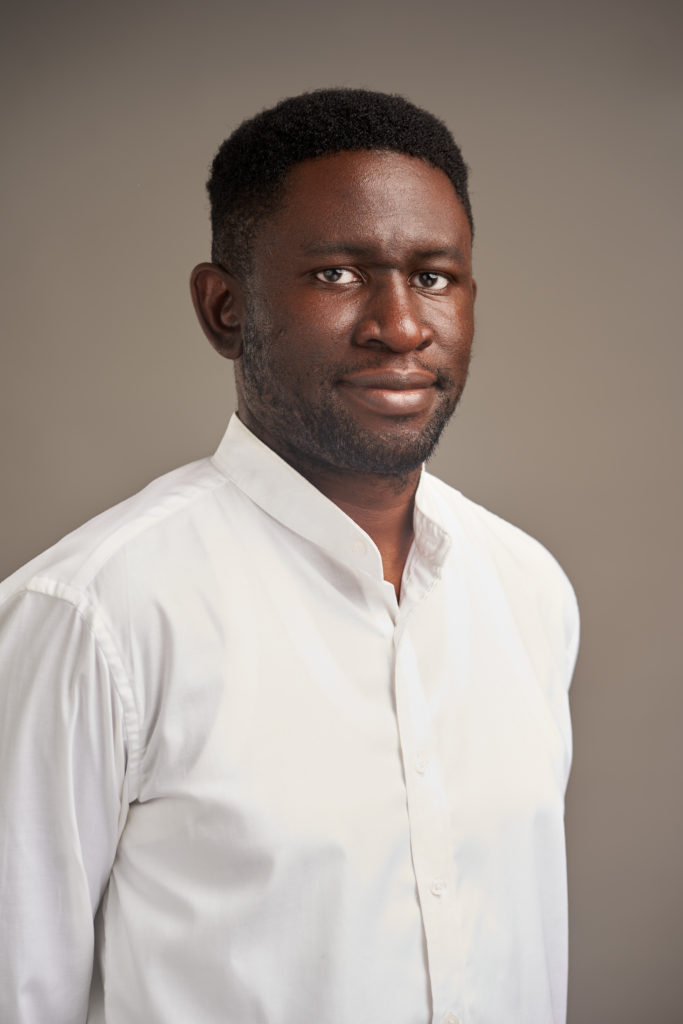 Partner
Crypto Startups Have Stopped Publicising, but the Shrewd Ones Are Taking Advantage of the Bear Market, Says Baden Bower
Partner

Partner
MAD SOLUTIONS: CONTRIBUTING TO THE GROWTH OF DIGITAL MUSIC FROM AFRICA TO THE WORLD
Partner