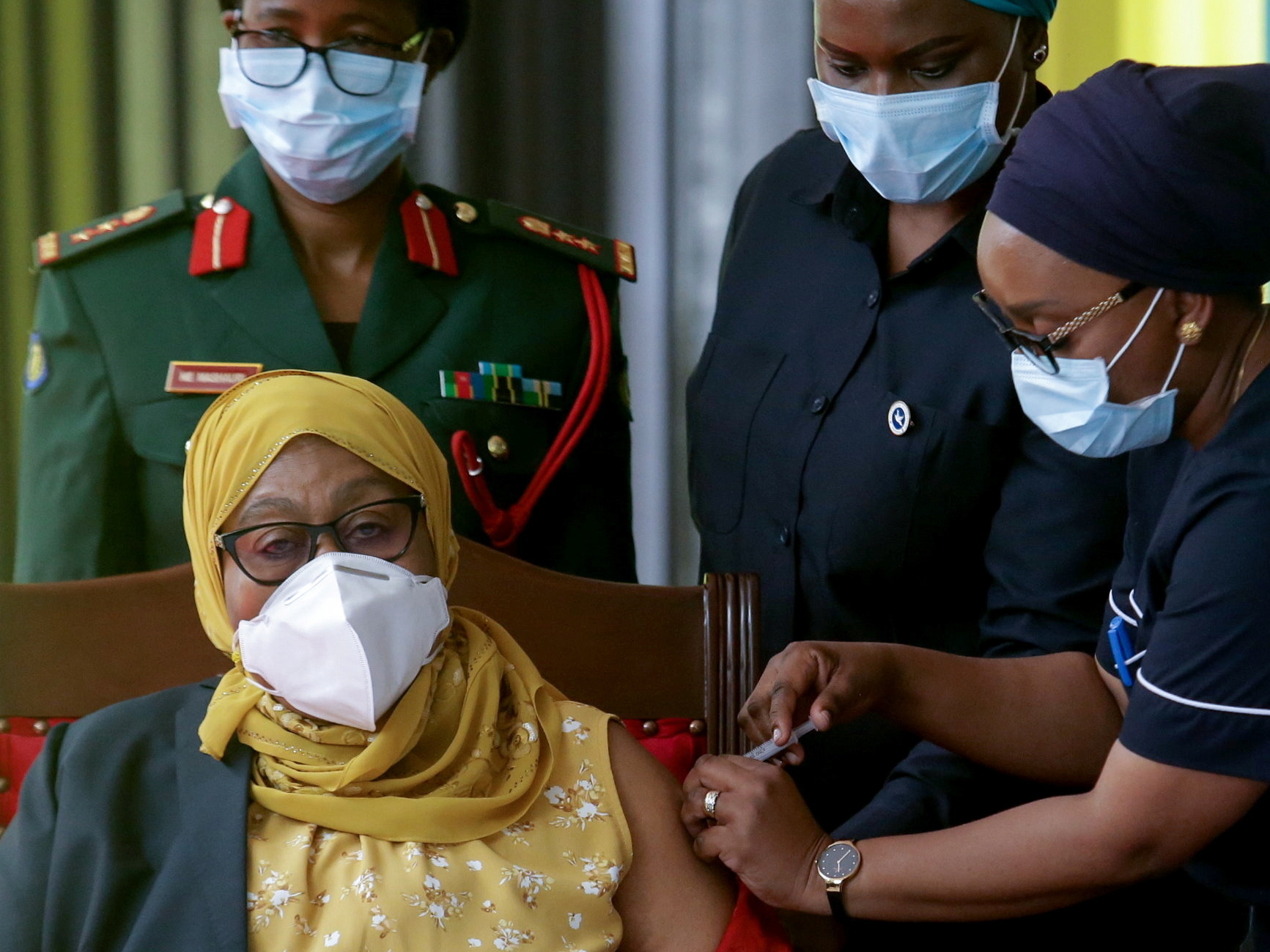 “I’m a mother of four, a grandmother of several grandchildren, and a wife, but most of all I’m the President and Commander in Chief. I wouldn’t put myself in danger knowing that I have all these responsibilities as the shepherd of the nation,”

Those are the words of Samia Suluhu Hassan, Tanzania’s president, during a ceremony at the State House in Dar es Salaam.

On Wednesday, Hassan who was sworn in two days after the death of John Magufuli, former president and one of Africa’s most prominent Covid-19 skeptics, launched the country’s Covid-19 vaccination campaign on live TV.

At the event, she took the first vaccination shot ever in the country while the country’s Prime Minister, other ministers, and some prominent religious leaders were vaccinated after her.

Tanzania was a beneficiary of the United States COVAX scheme, the global initiative that provides low and middle-income countries with vaccines, and it received over a million Johnson & Johnson shots.

We lead by example, they say, so it’s not strange for the head of a nation to take the first vaccination. In fact, it’s the standard. But in a nation like Tanzania where its leadership had been an unrepentant anti-vax, this development is a big deal.

The decision to televise the event is also a crucial first step in reorienting the public opinions of Covid-19 in Tanzania, considering the nationwide denial of the presence of the virus led by Magufuli.

Prior to President Hassan’s bold move to overcome public misconception about the virus, Tanzanians were encouraged to believe that COVID-19 was a facade, or a pick-one-leave-one virus that only infects Godless people.

In the early days of the pandemic, Magufuli downplayed the seriousness of the virus and urged citizens to turn back to God and “pray coronavirus away.” He believed the virus couldn’t manifest in the body of a believer of Jesus Christ.

When vaccines were released and other African countries were raving about acquiring some, he questioned the safety and refused to join in procuring shots for his people, instead he encouraged them to use herbal medicine and steam treatments.

Magufuli held on to this belief until his death in March. Hassan who took the baton from him has a lot to do in changing the mindset of those who’d religiously followed Magufuli’s teaching.

“There are people who resist vaccination but there are a lot of people waiting for the vaccines,” Hassan said.

It will take time to remove the resistance but publicly airing her vaccination and that of other senior state members is a very brilliant call. It demonstrates the safety of the vaccines to the people and that should make them start coming out in numbers to take the jabs.

Tanzania qualified to partake in the COVAX scheme since inception, but only joined on 15th of June and didn’t take longer time to secure the vaccination. What can a million shots do in a population of 60 million people? Very little, but the president mentioned that they’ve ordered for more shots and anybody who’s willing to be vaccinated will surely get it.

Until now, Tanzania, Burundi and Eritrea were the only countries on the continent yet to start vaccinating their citizens against Covid-19. Now, we either nudge the remaining two to quickly join in or we observe them with a close lens.