We’re only two months into 2022 but African startups have already raised a whopping $1 billion across 130 funding deals, that’s almost ¼ of what we raised in 2022. 🥳

According to The Big Deal, about 76% of the funding comes from the Big 4—Nigeria, South Africa, Kenya and Egypt—but Tunisia dealt huge numbers with Instadeep’s $100 million Series B raise.

Q1 is not over yet and many more startups still have funding announcements on the way. How much do you think we’ll end 2022 with? 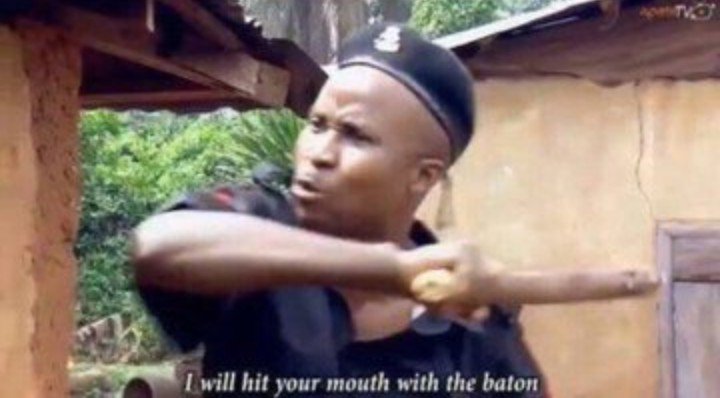 It may be a new year but it appears that African governments have not turned over a new leaf.

This year, the Burkinabe government led the internet blockage wave by blocking access to mobile internet on January 11. While access was returned shortly after, Facebook remained blocked in Burkina Faso. Days later, upon the military ousting of President Marc Roch Christian Kaboré on January 24, access to mobile internet was once again shut down in Burkina Faso, only to be restored after 1 day.

On Sunday, Zimbabwe took a different route on its journey to internet blocking.

On March 26, Zimbabweans will elect representatives into over 140 parliamentary and council seats. The Citizens Coalition for Change party, a new political party formed by presidential aspirant Nelson Chamisa, is up against ruling party Zimbabwe African National Union-Patriotic Front (ZANU-PF), and the second most populous party, the Movement for Democratic Change (MDC).

The problem? Well, Nelson Chamisa was previously the head of the MDC after courts ruled that he was not the legitimate leader of the party, following his loss to ZANU-PF at the 2018 presidential election.

On Sunday, both ZANU-PF and the Citizens Coalition for Change Party held separate rallies in Harare to address citizens. However, Zimbabweans who tuned in to the latter’s rally which was streamed on Facebook reported that they lost access at one point or the other due to slow internet connection.

So did Zimbabwe degrade mobile internet?

Surfshark, a global cybersecurity firm, confirmed to TechCabal that internet speed was disrupted in Zimbabwe on Sunday. The disruption was most likely aimed to prevent multiple operators from streaming the live event, Surfshark states. 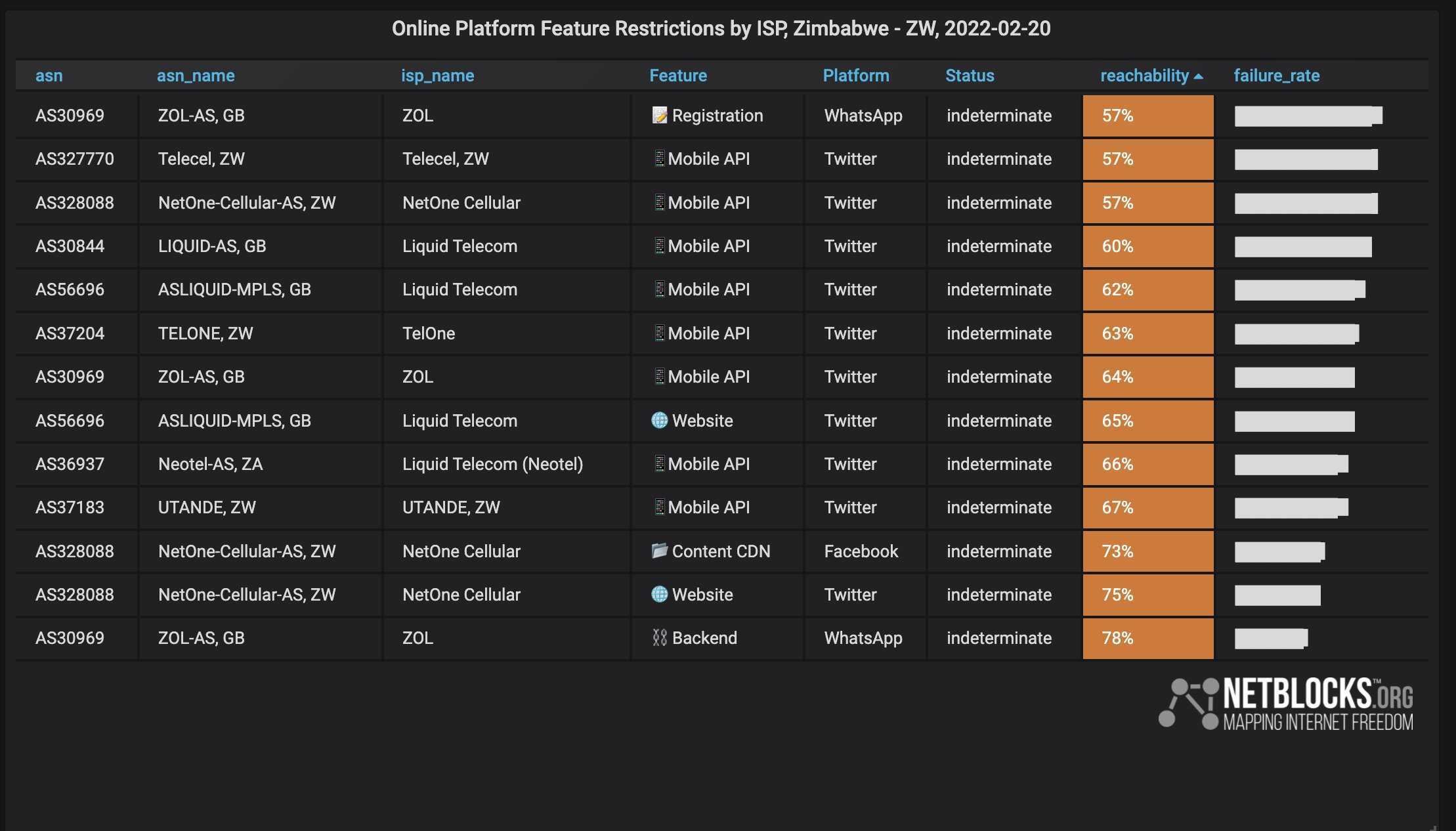 Another cybersecurity firm, NetBlocks, also confirms that “metrics [from Sunday] are potentially consistent with the slowing, or throttling, of service”. Leading activist Hopewell Chin’ono also confirmed the disruption.

Zoom out: It’s not Zimbabwe’s first time tampering with internet access. In 2019 and 2020, the government shut down the internet ahead of planned protests and fuel price demonstrations.

WHEN THEY GO SHORT, WE GO LONG

In 2020, Instagram launched Reels and Snapchat launched Spotlight. YouTube launched Shorts and Pinterest launched idea pins the following year. All of them are short, entertaining video formats capped at 1 minute.

The inspiration? It’s TikTok. The short-form video app owned by China’s ByteDance has more than 1 billion monthly active users, which brings it in line with Instagram and places it above Snapchat.

Launched in 2017, TikTok’s rapid growth was attributed to its use of music and an extraordinarily powerful algorithm that learns what content users like to see far faster than many other apps.  Notably, TikTok also started a short-form video revolution with its 1-minute cap.

Going the opposite direction

TikTok, which started with short videos, is now keen on exploring longer videos. Since it announced in July 2021 that users can record 3-minute videos, the app has conducted widespread testing of five-minute-long videos between August 2021 and February 2022. It’s even tried 10-minute videos among a small group of beta testers.

Why? The decision is largely driven by the potential for more advertising revenue. It’s betting that longer videos gain more attention, and will allow advertisers to sell more ads.

In addition to that, longer videos could help keep more matured TikTok’s users engaged, users who are more used to watching longer content on YouTube and less interested in participating in dance challenges.

Zoom out: In a world where the attention span of people is shrinking, TikTok is keen on testing the limits.

WHO IS PITCHING AT AFRICA’S TECH SUMMIT?

Speaking of funding and raises, the Africa Tech Summit Nairobi (ATSNBO) has announced the finalists who will pitch live to investors at the Summit on February 23 and 24.

A little bit about the Summit

The summit was founded in 2016 to provide insight and networking with the African tech ecosystem. It brings together tech leaders, multinational organisations (MNOs), banks, international investors, entrepreneurs, governments, trade bodies, media and leading ventures to drive investment and business in African tech.

The Summit has held over 10 events across Rwanda, the UK, the US, and China.

This year’s event includes speakers and guests from Google, Flutterwave, Paystack, Microsoft and SafeBoda, all of whom selected startups will get to pitch to.

So who’s on this year’s hot seat?

Nine startups have been selected across 4 countries—Ethiopia, Nigeria, Kenya and Egypt.

SCAMMERS STEAL $1.7 BILLION WORTH OF NFT 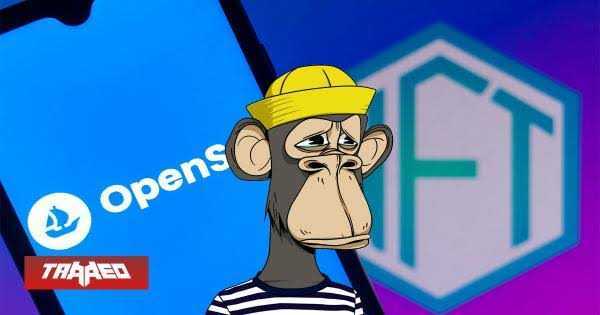 The NFT universe has been in a difficult spot all year long and in more recent news, scammers stole over $1.3 million worth of NFTs on Sunday.

Erm, how do you steal NFTs?

You have to be NiFTy about it.

Some scammers impersonate buyers of support services from hosting platforms like OpenSea and trick sellers into providing them with access to their wallets.

There are also instances where scammers use phishing scams to trick sellers into clicking links that trick unsuspecting sellers into giving access to their blockchain-backed assets. This happened with Fractal and Monkey Kingdom last December where about $1.35 million in total was stolen by hackers.

So what’s up now?

In simplifying the technicality behind the attack, The Verge explains that the users signed a blank check that transferred ownership of the NFTs without requiring payment.

Not much is known about the attack yet, but OpenSea’s CEO, Devin Finzer has confirmed that the attack did not originate from OpenSea’s website. 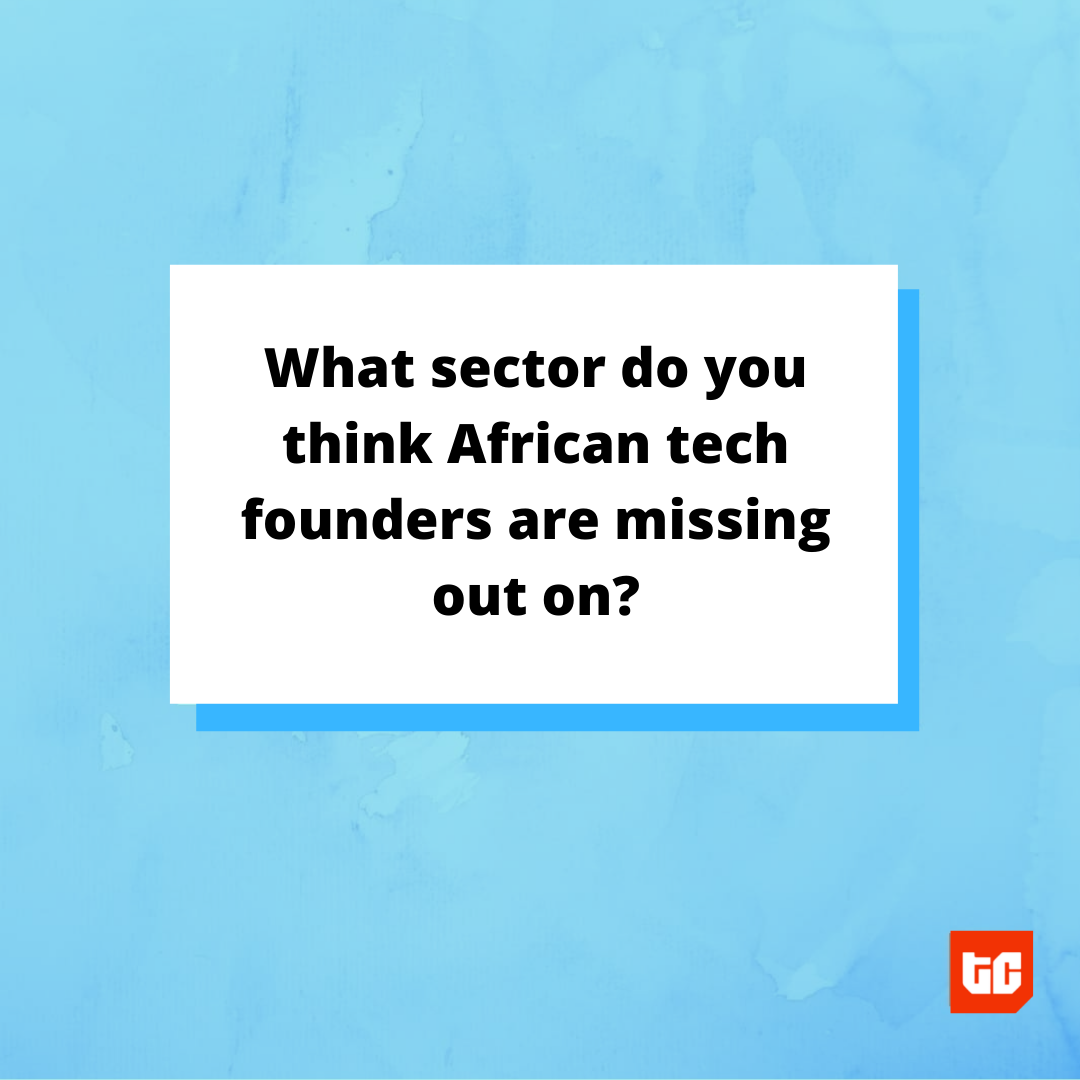 Today,  Tuesday, February 22 2022, Future Females continues hosting their biggest global summit yet, the Future of Digital Entrepreneurship Summit for over 10,000 game-changing entrepreneurs from around the world.

The online summit will dive into the digital trends and predictions for 2022 and how female entrepreneurs can leverage innovation to build and grow their businesses, with 9 international experts taking to the virtual stage.

Find out more about the free event here. 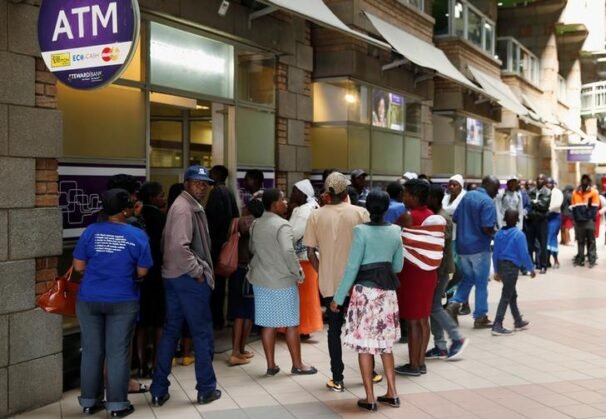 Newsletters
The Next Wave: Data everywhere yet nothing to show for it
Abraham Augustine