Why SANU is important

Audu* was one of those friends you knew was going to be a millionaire one day. Not because he had great ideas for apps or because he was a good salesman. Rather, he was the kind of guy who was good with money and religiously followed the basic principles of wealth creation. “Save an emergency fund”…” Invest the rest and let money work for you”. So when the words “I’m going to buy some gold” escaped his mouth, I struggled to understand where gold fit in. It was the summer of 2017 and Bitcoin was hot. I thought he was insane. Until this moment, gold conjured images of jewels, Arab sheiks, and treasure chests. To my mind, gold was ancient and mostly irrelevant to my life.

“Why would you do that?” I looked at him strangely, my face attempting to veil my disappointment. Was Audu losing his touch?

“It’s an investment” he explained. “It’s actually a great way to protect some of my saved cash from inflation.”

Fast forward to last week, the Naira was 700 to a dollar. It was gut-wrenching to read the headline. If you had been saving money, the value of what you have saved was just sliced in half in the last 4 months. Two weeks ago Sanu, an app where you can buy gold and silver, was launched. It felt like a godsend in this climate. My naira was falling and I could not buy dollars or Bitcoin to protect my savings due to Central Bank regulations.

To understand Sanu, you have to understand gold. To understand gold, we have to go back a couple of thousand years. It turns out that for many millennia gold and a few other precious metals have been the best stores of value humans have had. The idea of money is one of civilization’s best inventions and gold has remained its primary ingredient for centuries. That is until the 1970s and the dissolution of the Bretton Woods system when most countries stopped backing their currencies with gold. Instead, the worth of currency was now rooted in the collective belief of the people in its value. This, in turn, gave birth to the invention of Bitcoin…but I digress.

Even though we as a society stopped using gold as money, it has been a weapon of the rich to combat inflation, to store value and, in some communities, it remains a way to pay for things. Alan Greenspan (Former Chair of the Federal Reserve of the United States)  once said “In the absence of the gold standard, there is no way to protect savings from confiscation through inflation. There is no safe store of value”. This is what we are seeing play out in Nigeria and the world at large due to the loss of the gold standard. Sanu is a mobile application, launched on July 28th, that gives anyone who downloads the app the ability to buy gold and silver. They have the choice to hold it vaulted in custody for free or to pick it up at Union Bank. The mission of Sanu is to bring gold to the people, democratizing the tools used by the rich to stay rich. You are allowed to buy gold from as little as 100 Naira all the way to 25 million Naira in a single transaction.

Even more, mind-blowing is that Sanu is planning on using blockchain technology to bring gold to the 21st century. In the past, gold’s two major issues were mobility and transparency. Gold is hard to move safely from one place to another and its ownership is difficult to determine without lengthy paperwork and record keeping. Blockchain technology solves both of these issues. Sanu marries gold’s ancient store of value with the ease of 21st-century transactions so that everyone has access to the same infrastructure millionaires, sovereign funds, and countries use to protect and back their assets.

The project is the brainchild of Kian Smith Refinery CEO, Nere Emiko. Kian Smith Refinery is one of the first gold refineries in Nigeria with the goal of legitimizing the gold trade in Africa by providing transparency. Sanu is arriving at the perfect time when countries all around the world are battling inflation. A couple of months ago, Russia announced that the Ruble would be backed by gold (5,000 rubs per gram of gold) and this has held the currency stable in the midst of sanctions and international inflation. Two weeks ago, Zimbabwe, notoriously known for hyperinflation, released a legal tender that is actually made of gold in order to solidify its economy. Just another example of gold coming to save the day. At the moment, Sanu allows you to buy gold and silver in Kian Smith’s denoted metrics. Sanu Gold(SNG) is equivalent to 20grams of gold and Sanu Silver (SNS) is equivalent to 50grams of silver. You can exchange this for LBMA-certified products which allow you to take your gold and silver anywhere in the world and exchange it for money or use as collateral. In the coming weeks, Sanu will release a feature that allows you to transfer ownership of the gold and silver you bought to your loved ones. This is a game-changer. At that point you can transfer ownership of gold and silver while it is vaulted for you, without having to deal with the security of having it on your person or worry about the logistics of moving the gold.  Its new owner can go to a Union Bank branch to redeem the gold and silver at his or her convenience. You can literally take Sanu to the Bank… pun intended.

Gold is an 11 trillion dollar market in which only the rich have the knowledge and tools to participate in. This is being disrupted with Sanu. I find this app exciting on so many levels. The fact that it is created in Africa, the protection it gives me access to, and the timing of it all is very exciting. Writing this article makes me realize I owe Audu an apology.  In a world filled with PayPal and cryptocurrency controlled by Fintech, I could not imagine a world where the gold standard was necessary. The world is in the middle of a transition. Power is shifting, and in uncertain times, the only things that are certain are the fundamentals and time-tested ideas. In a modern world, Sanu brings the gold standard back.

With the SANU coin app, anyone can buy gold or silver for as little as N100 in 3 minutes. Gold or silver bought on the app can be collected physically in the UAE or in Nigeria at select Union Bank branches in Lagos, Kano, or Abuja. Checkout SANU coin on the iOS and Google play store 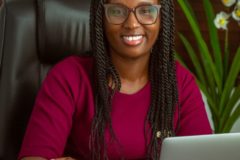 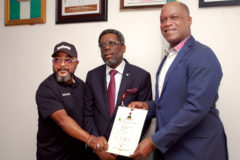 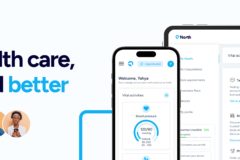 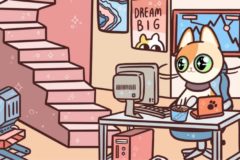 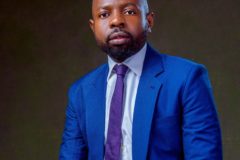 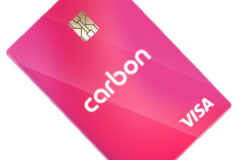