Tether: How to ensure the reliability of USDT in an unstable market?

Recently, Tether announced that it is preparing to be audited by a large accounting firm to prove the transparency of Tether (USDT), which means that Tether (USDT) will be the first stablecoin to have its market reserves audited. In doing so, in addition to responding to market questions about Tether’s reserves, Tether will use the audit to disclose USDT redemptions, how Tether is doing today, and more.

The stablecoin market has been growing rapidly over the past few years, with a total market capitalization of over $120 billion, which has drawn close attention from the traditional financial industry and even government regulators, especially in the wake of Terra’s bankruptcy.

While the stablecoin market is growing rapidly, Tether’s (USDT) market capitalization, the number one cryptocurrency in terms of market share, is also expanding, and the difference between Tether’s (USDT) 24-hour trading volume and that of competing stablecoins is also growing. This means that Tether (USDT) usage, turnover, and acceptance by the market is growing rapidly.

More than just a medium of exchange in the cryptocurrency market, Tether (USDT) has become a tool for many developing countries and backward regions to freely send money, transfer funds, or become their go-to currency for inflation hedging. This not only explains why Tether (USDT) can achieve a one-day trading volume of $125 billion, ten times the 24-hour trading volume of the second largest stablecoin, which largely reflects the confidence of the crypto industry and users in Tether (USDT). 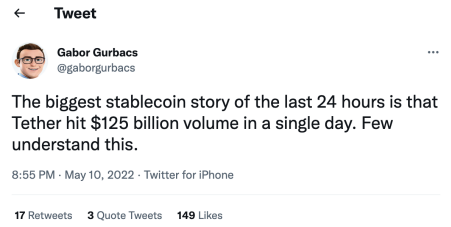 The need to withdraw funds from Tether (USDT) arises in times of market turmoil or in the event of a “black swan” event. In the face of huge redemption requests, Tether has had no trouble meeting the market’s demand. And, to prove that Tether is the most transparent stablecoin in the face of media and market questions about its reserves, Tether strives to be the first stablecoin to have its market reserves audited by an accounting firm that is one of the “Big 12”. Tether is confident that this audit will also serve as an example to the stablecoin industry and that other stablecoin will follow in Tether’s footsteps and volunteer to be audited.

When confronted with rumors that “85% of Tether’s commercial paper portfolio is backed by Chinese or Asian commercial paper and traded at a 30% discount,” Tether stated that this is simply spreading misinformation in order to give certain traders control over the direction of the market. In response, Tether condemned such behavior, as it is the average investor who suffers the most from such rumor-spreading.

For example, the FTX exchange provides the service of shorting USDT, and after the bankruptcy of Luna Company, traditional hedge funds in the United States and Europe have been making attempts to short USDT through cryptocurrency companies, such as FTX. But these attempts have been unsuccessful so far where USDT shorts are being liquidated.

@WatcherGuru: Tether CTO said that it has cooperated with traditional hedge funds to deal with USDT shorting

@Pland said: USDT is long in the FTX long-term market, shorting USDT is not a smart decision

Tether’s (USDT) reserves have always been transparent and users can access the latest reports on Tether’s reserves by visiting https://tether.to/en/transparency .

According to the latest Tether Margin Report data, its commercial paper portfolio has now been gradually reduced from $20 billion at the end of the first quarter of 2022 and has been reduced to $3.7 billion by end of July this year. All commercial paper will be replaced with more stable and reliable short-term U.S. Treasuries upon maturity.

Tether (USDT) is a collateralized stablecoin, essentially a digital token issued on the blockchain, which is secured by a smart contract protocol with fiat currency or equivalent assets. The reliability of Tether (USDT) is determined by its reliable reserve funds.

Since May, Tether has processed over $14 billion in USDT redemptions, a testament to the strength of Tether (USDT) and the quality of the company’s reserves. Historically, there have been many large legacy banks that have gone bankrupt due to bank runs. In addition to timely and continuous processing of Tether (USDT) redemption requests, Tether also adjusted its reserve strategy in a timely manner to ensure the healthy development of Tether (USDT).

Regarding the recent incident with the Celsius lending platform, Tether stated that “the Celsius position has been closed out with no loss to Tether, and Tether currently has no financial dealings with Celsius other than a small equity investment in the company, and no rumored dealings with Three Arrows Capital. There are no rumored loan exposures to Three Arrows Capital.” This is evidence that Tether not only has sufficient reserve strength but also has excellent risk assessment and resilience.

Tether’s model of issuing stablecoins anchored in fiat currencies has inspired the world and has particular significance for the improvement and innovation of the global financial system, providing a unique way to trade digital value in many regions with dysfunctional financial systems.

The Tether stablecoin is expected to be a fundamental part of the global financial infrastructure for years and decades to come, not just as a widely trusted stablecoin, but more importantly as an indispensable financial instrument in many regions, providing liquidity for global commerce and escorting the world’s economic freedom.

The Tether (USDT) anchored fiat stablecoin is a model that can be replicated and developed, in which the assets can be other potential assets such as treasury bonds and credit in addition to fiat currency, and once issued, the stablecoin can be freely movable on the digital infrastructure until redeemed. Compared to Terra’s UST, where stability requires market operations and trading prices for assets, the direct redeemability of Tether (USDT) makes the stablecoin more reliable and determines the inevitability of a healthy development of this model.

On October 28-29, 2022, Tether will co-host the “Plan B” forum with Lugano, Switzerland, which will bring together the most important thought leaders in the cryptocurrency community to discuss how Bitcoin is disrupting the world on a social and economic level through four different tracks: government, business, personal and technical, with in-depth conversations around freedom of communication and financial freedom, delving into financial topics such as disintermediation, accessibility of financial services, the unbanked, and regulation.

Back in March 2022, Tether and the City of Lugano jointly launched the Plan B campaign to make Bitcoin, Tether, and LVGA the city’s “de facto” legal tender. Tether also launched the Plan B Summer School, an educational program to educate the general public about cryptocurrencies, and this Plan B Forum is an extension of Plan B. Tether’s long-term goal is to make Lugano a European blockchain hub, to raise awareness about digital assets and the power of blockchain, and to have blockchain positively impact all aspects of the daily lives of Lugano residents. all aspects of the daily lives of Lugano residents. Make crypto the basis of financial transactions in the city, from small transactions with local merchants to annual tax payments.

The future of the financial industry will definitely move in the direction of more freedom and fairness, which is the mission and development goal of cryptocurrency. As a pioneer in the crypto market, Tether’s healthy development model will become a benchmark for the industry. 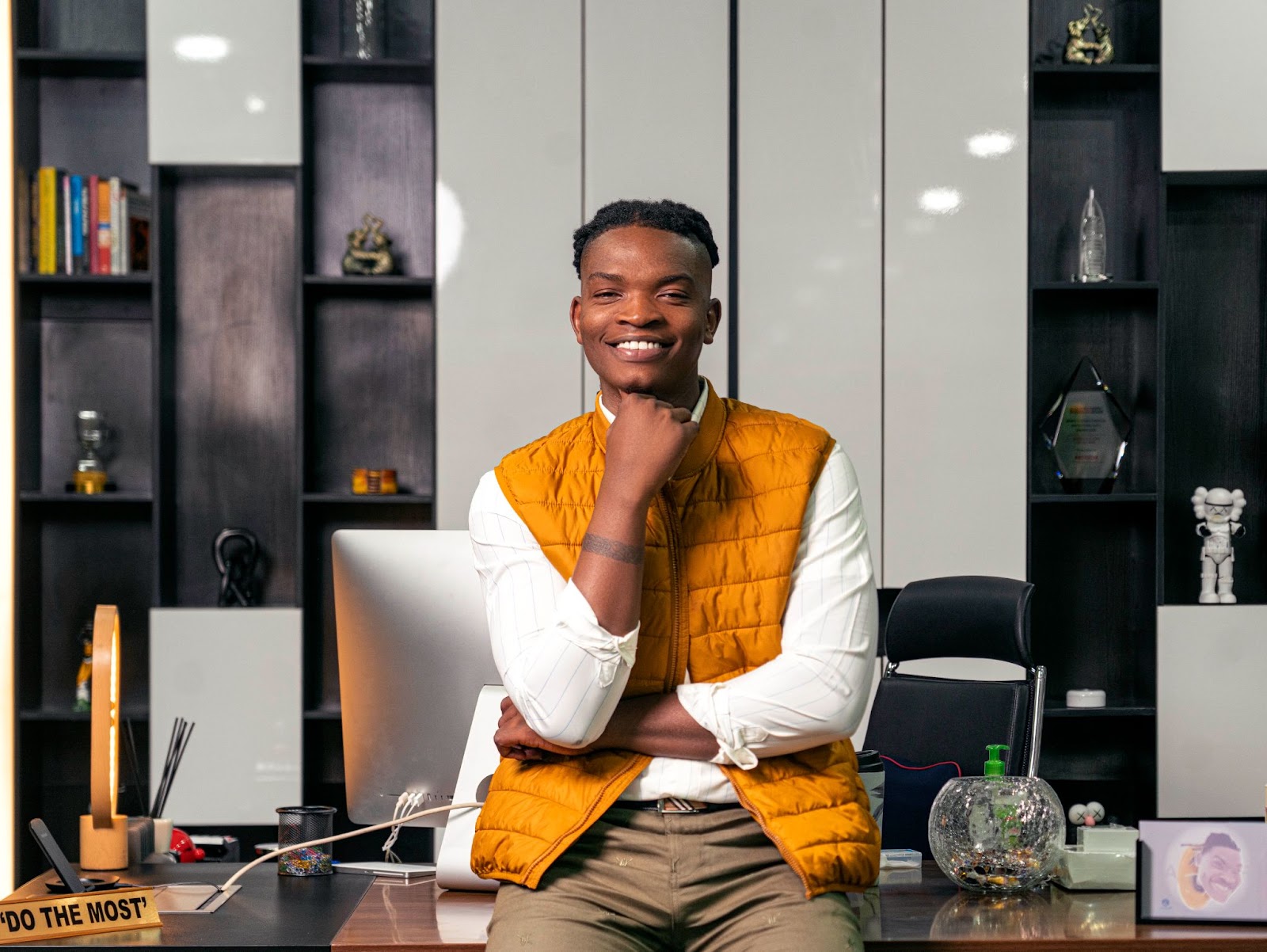 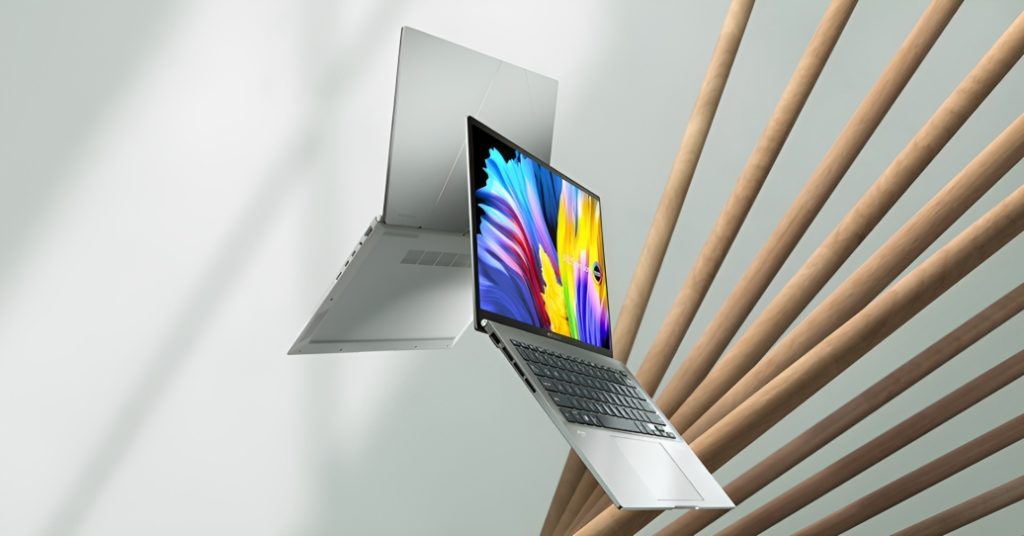 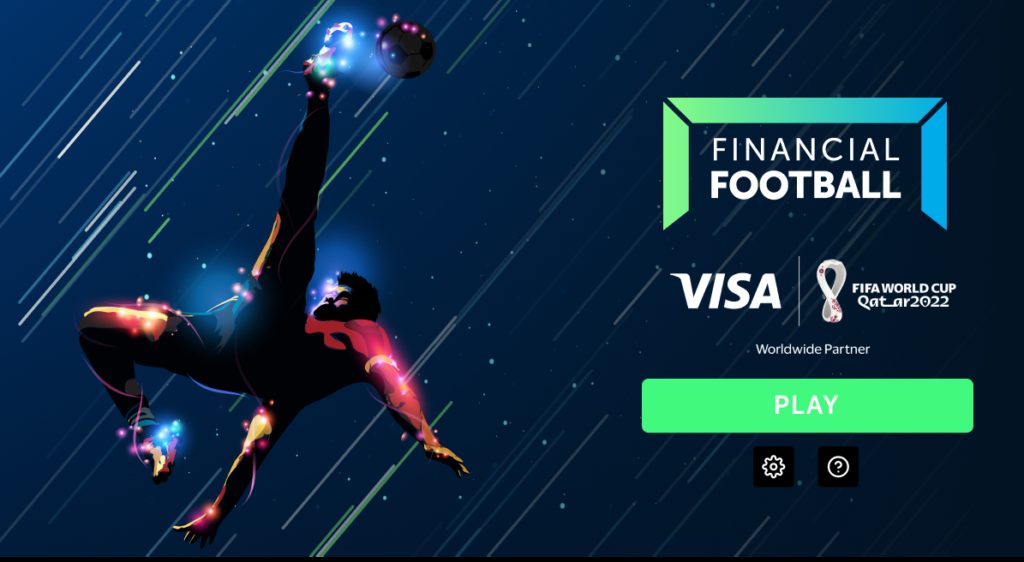 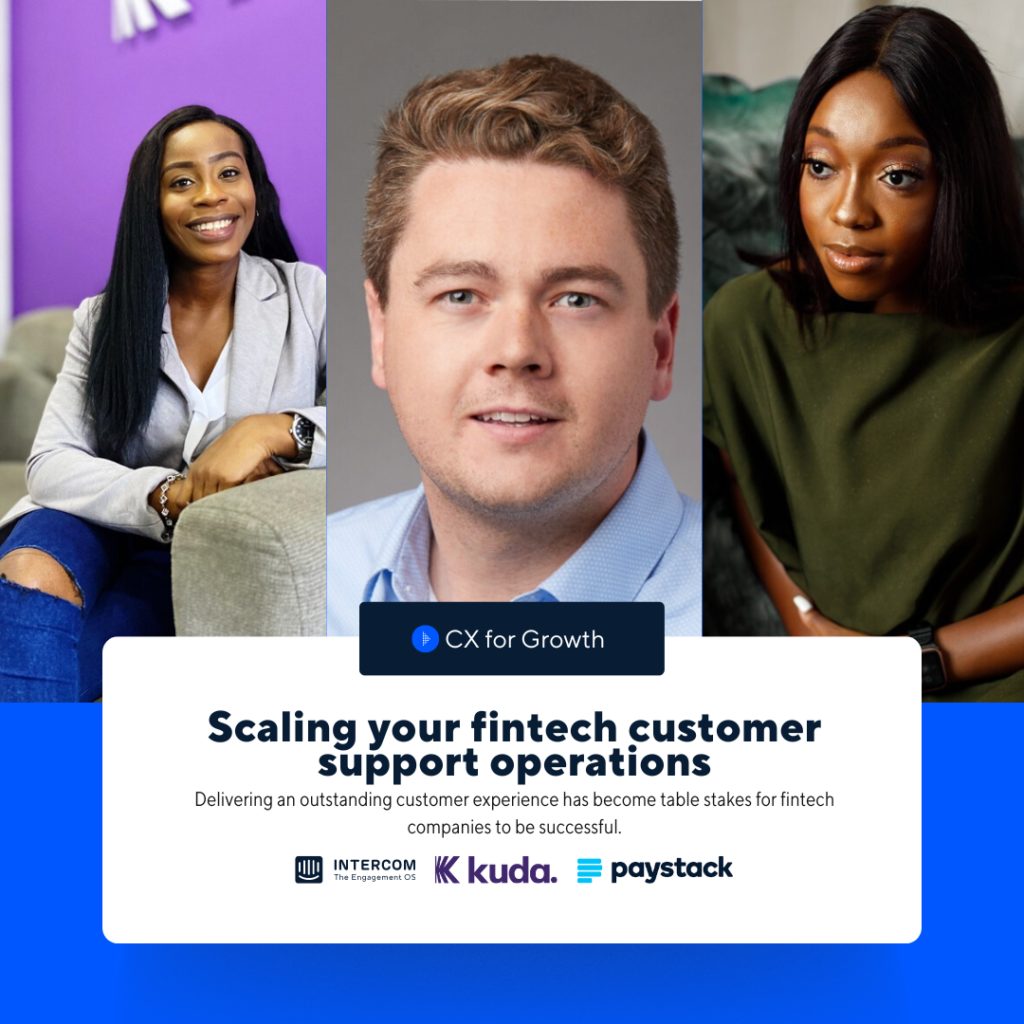