The Next Wave: Equal education for all? 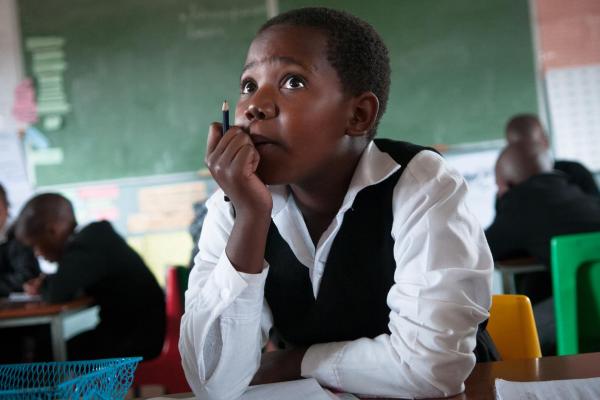 Dacod attended a public high school where he was the only student, in a class of 50,  who had access to a computer.

Tao, on the other hand, went to a private school which boasted of smaller classroom settings where each student could have their teacher’s undivided attention. And unlike Dacod, Tao and her classmates were fortunate enough to have access to updated hardware and software technology.

Tao went on to study Economics and Philosophy at the University of Cape Town (UCT), while Dacod pursued a degree in Computer Science at the same university.

It was on the sprawling campus of UCT that Tao and Dacod met – and though they came from different backgrounds, they both shared common values and wanted to contribute to making education accessible to young South Africans students, especially those from poorer communities.

“There’s such a huge divide in our education system. Everyone knows it,” Tao said during our call last Wednesday,

“And South African students who attend public high schools can’t access the resources they need to ace their examinations and progress as quickly as their peers who attend private high schools.”

After graduating from UCT, Tao and Dacod founded Foondamate, an edtech startup that recently got funding from FirstCheck – you know, the angel fund managed by Odun Eweniyi and Eloho Omame.

In today’s edition of The Next Wave, we’ll be talking about the state of South Africa’s education system and how technology can help them close the wide gap between the very rich and the very poor.

Equal education for all: myth or reality?

Okay, let’s take a step back. South Africa has two types of problems: A race problem and an inequality problem.

A race problem because South Africa’s racist and segregationist system against non-white citizens was only dismantled in 1994 – exactly 27 years ago. That’s not that long ago.

An inequality problem because the African country has one of the highest inequality levels in the world. Some analysts say that South Africa is the most unequal country in the world when compared to its global peers.

Houston, we have a problem.

A black mother of three who belongs to South Africa’s 7% will not have enough money to send her children to a private school that charges R300,000 a year ($20,370). This of course means that she will be forced to send them to a public school that features overcrowded classrooms and poor infrastructure.

The sad truth is that students from marginalised communities will always be at a disadvantage unless the South African government moves quickly to adopt technology and drive innovation across the country’s education system.

Edtech startups like Foondamate aren’t waiting for the government to act or give them permission to proffer solutions to fix South Africa’s education system.

Foondamate’s business exists on Whatsapp – a widely used social messaging platform in South Africa, with 58% of mobile phone owners actively using the app as of February 2020.

Foondamate is particularly useful to public school students who are at a greater disadvantage of receiving textbooks and learning resources that adequately prepare them for Senior Certificate Examinations. These students, usually black South Africans, can request for exam past papers and even ask the Foondamate not to define words and further expand on a historical event, like say The Cold War.

South Africa’s dual economy is a troubling reality that must be turned around in this decade. The nation’s high youth unemployment rates and poverty levels all point back to the inequality that exists in its education system.

If young South Africans from low-income communities don’t have equal access to education like their wealthy, white peers, how are they expected to get good jobs and earn enough money to pull their families and future generations out of poverty?