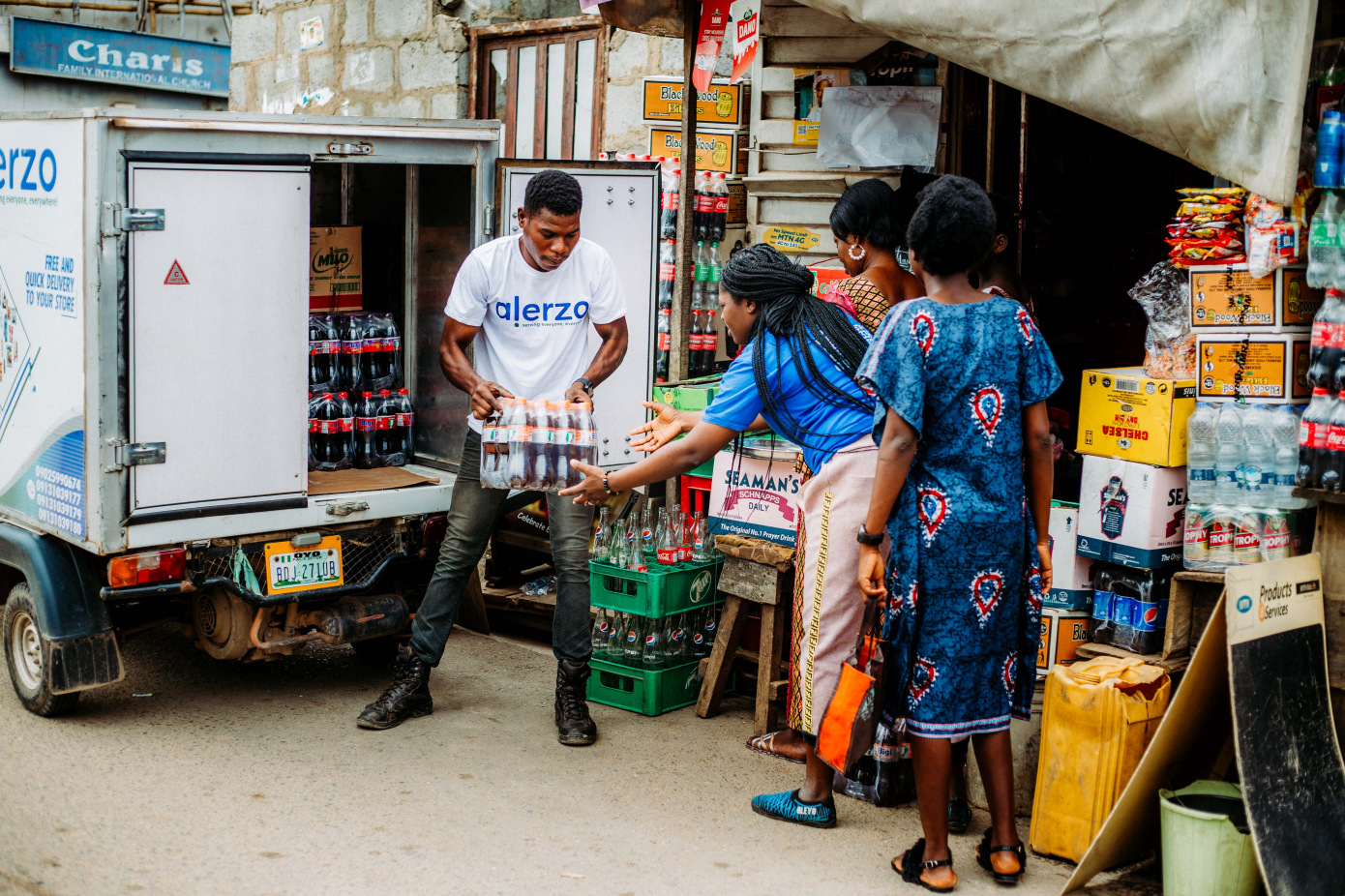 In a traditional African market, traders commonly set aside a particular day to visit manufacturing factories or wholesalers to restock. On this day, in addition to battling with unstable price structure, stressful transit process, and malicious middlemen, they’re likely to close their business and not make any sales while busy restocking. This process mostly inflates the cost of running a business.

Alerzo, one of the Nigerian B2B e-commerce retail startups solving this problem, has raised $10.5 million series A funding to expand into northern Nigeria. The round was led by New York-based Nosara Capital. FJ Labs and several other investors across the U.S, Europe and Asia participated in the round.

This investment round is coming after its $5.5 million seed round last year and $2.5 million working capital facility capital. Alerzo has raised over $20 million since its launch.

Founded in 2018 by Adewale Opaleye, as a last-mile delivery platform that enables direct delivery of goods from manufacturers down to retailers. Alerzo officially launched as a business in 2019 to help road-side vendors and shops in Southwest Nigeria stock inventories quicker and efficiently.

On Alerzo, retailers can order goods via SMS, voice call and WhatsApp and have them delivered to their stores in less than 10 hours.

Speaking to Techcrunch, Opaleye, who grew up in Ibadan says he started the company to empower millions of women who are the most important players in the Nigerian informal retail sector. The decision was majorly influenced by his early experience of observing his mum operate two retail stores to raise him and his siblings.

Ibadan to the world, why Ibadan though?

The founder believed that Ibadan was the ideal market because informal retailers in the region experience these challenges more than those in Lagos.

Ibadan, though the biggest city in West Africa, hasn’t experienced lots of e-commerce innovation, retailers still have to go through the extreme traditional ways of doing business. They are faced with a below-par supply chain.

The decision to capture the sector from Ibadan also gave the company a first mover advantage since other market players focus on Lagos, Abuja and Port-Harcourt.

Alerzo’s growth, how has it done since launch?

Alerzo claims to have built a network of up to 100,000 small businesses, 90% of which are owned by women. The company is currently an exclusive platform serving some of the major cities in Southwest Nigeria like Ibadan, Ekiti and Abeokuta, to name a few. The startup claims it has processed 1 million orders.

Alerzo currently owns over 200 vehicles and 20 warehouses it uses in fulfilling both logistic and warehousing services, respectively.

The enormous growth the company has achieved in a short time has continued to feed the confidence of its investors.

According to Ian Loizeaux, the managing partner of Noasara Capital, Alezo stood out globally in the informal retail marketplace and “it’s at the beginning of a compelling multi-decade opportunity to streamline and digitize Nigeria’s retail supply chain.”

Seed investor Kevin Jung of Signal Hill says Alerzo’s model of focusing on the informal retail market outside Lagos is one of the reasons why he backed Alerzo earlier on.

Alerzo has an office in Singapore and recently opened an office in Lagos. Besides its expansion plan, it also plans to launch new business support services like AlerzoPay, its own cashless payments and lending platforms.