From hawking dry fish to coding at Bloomberg: the story of a Nigerian first class graduate 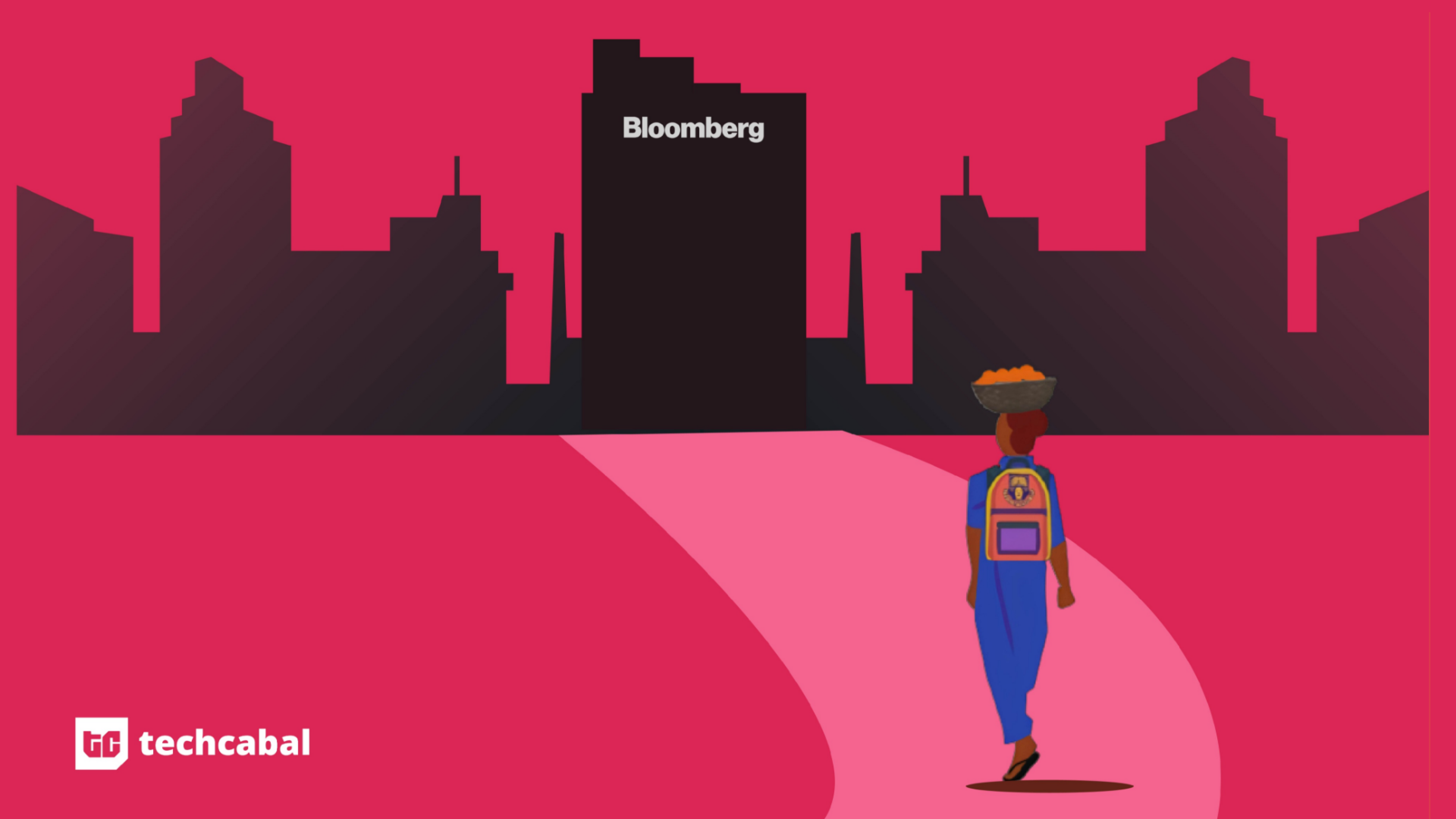 When Kemi*, 26, received a rejection email from Twitter about a software engineering role she’d applied to, she was devastated, and she cried. She’d previously aced Palantir’s recruitment process for the same role and was going to travel for the final interview, on-site, when the COVID-19 pandemic broke out and thwarted that plan.

Before all of these, Kemi had applied to Google, Amazon and Apple but didn’t scale through their recruitment processes. These initial rejections didn’t faze her like Twitter’s, though, because, by the time she applied to the social media giant, she felt she’d already acquired enough skills to land the job.

Yet she didn’t. The common response she got across these companies was that she’d submitted her coding assessments later than required; they thought she was slow in coming up with solutions. But she had a demanding, full-time job, and that took up most of her time.

She decided, then, to take a break from applying for international jobs and focus on her current job at the time. The job paid her enough to sort out personal and family bills, after all.

And yet, her ambitions wouldn’t take a break. So it was only a matter of weeks before she was back to applying again to these international jobs.

So, how did a girl like her – who came from a poor background – go from selling fufu and dried fish on a university campus to almost working with Google, Amazon, Twitter and Palantir, and finally landing a software engineering role at the world’s biggest financial data and news company, Bloomberg?

It all began in Lagos, Nigeria, 26 years ago.

Kemi was the first child of her family, born in 1995, in the Akowonjo area of Lagos, Nigeria. Her mother, Mrs Adeoye*, was a schoolteacher and fabric trader. But not the kind that owned shops. Mrs Adeoye sold fabric to her colleagues at school and neighbours. On weekends, she and Kemi hawked them on the street.

Due to their inadequate salary, it’s common in Nigeria for teachers, especially female ones, to double as traders. But it’s not common to see a schoolteacher hawking on the street.

Mrs Adeoye collected the fabrics on credit from wholesalers and could only restock after paying for the previous wares. She embodied steadfastness and diligence – values she has passed down to her daughters.

Kemi watched her mother juggle two jobs to provide for her and her sister and that influenced her decision to work hard and smart. “My mum raised us alone, and I just got the memo, from a young age, that if I didn’t want to suffer, I’d have to hustle.”

It was a lonely journey for a single mother raising two daughters alone in Lagos with the little money she made from her teaching job and side hustle.

But where was her father?

“Bold of you to think my dad is dead,” Kemi said, when I asked when her father had died.

Her father had left her mother when her younger sister, Ayo,* was a year old. There was no reason for his disappearance – at least not any Kemi or her mother knew of. Kemi was five when he left and never looked back.

The next time Kemi saw him again, she was 12.

Her father’s return was bad luck

In 2007, Kemi’s sister Ayo fell seriously sick and Mrs Adeoye had to send for her daughters’ father. He showed up, surprisingly, like a hero who’d come to save the day. He spent some months with his earlier-abandoned family and ended up turning everything upside down before he left them yet again. Kemi, her mother and sister had gone out one day, and when they returned, found that he had disappeared with Mrs Adeoye’s goods and put her in debt.

This event marked the beginning of a negative turn for the family, throwing them into a state of penury that would last over three years. Those goods had been collected on credit and now the wholesalers were upset and wanted their money.

Mrs Adeoye had to repay her debts in bits, from her meagre salary, leaving her with almost nothing for feeding and housekeeping. Sometimes, her creditors stormed the school where she taught to embarrass her about their money. By now, things had gotten so bad that Kemi and Ayo used polythene bags to carry their books to school.

School fees were the least of the Adeoye sisters’ problems, however, because they both attended schools where their mother taught. There was a staff discount for teachers’ kids at these schools, and sometimes, a complete fee waiver.

Amid all this chaos, Kemi remained one of the most brilliant students in her class. Being a teacher’s kid may not have come with life’s best comforts, but it gave her something: strict supervision that drove her to excellence.

Two years after secondary school, Kemi was admitted into the Faculty of Engineering at the Obafemi Awolowo University (OAU), Ife.

Things had gotten better for her family while she was in SS 3, her final year of secondary school. Her mother got a new job in another school. The job came with accommodation, free lunch and better pay. Mrs Adeoye bought Kemi her first laptop and was able to pay her university bills.

But their problems were far from over.

A few months into Kemi’s freshman year, terror hit again. Her mother lost the new job, and the family was back to square one.  Her mother never found her feet again after that.

For five years, Kemi struggled through university. In her second year, her friend’s father paid her school fees, and in her third year, her fees would come from money she made hawking food on campus. In her third year, she took fufu, eggs and dry fish from one hostel room to another, calling on her fellow students to come buy.

She stopped selling food after her internship at a tech firm in Lagos. And she used part of the money she made during the internship to sort out her fees for her fifth year of school.

Kemi started writing code in her freshman year. Some guys at her school had organised a coding bootcamp, which she passively attended. At OAU, it was easy to get into coding as there were always coding camps going on, on the campus.

But it wasn’t easy to continue coding. After the bootcamp, Kemi wasn’t really excited about the skill and discontinued further development in that area – until her third year when she started working as a software development trainee in a tech company in Yaba, Nigeria’s biggest tech hub. The company picked up students, trained and paid them a stipend for learning.

While that was going on, one of her lecturers organised a coding training and, at the end of it, a hackathon, which marked the beginning of it all.

If Nigerian universities were to be graded based on the number of top tech talents produced, OAU would be in the top three. The school is popular for this, and the Nigerian tech ecosystem testifies to this.

“I like to say I officially became a software engineer during my internship at a leading e-commerce company,” Kemi said. “That was the turning point for me.”

Since her internship at Konga, all the jobs she’d gotten had been based on recommendations.

During her time at her first job out of school, she got an offer from a company based in Germany, but her Nigerian company made a counter-offer and she remained with them. However, when Bloomberg called, it was a case of not every offer can be countered.

“Getting into tech wasn’t really about passion. It was more about getting stability in life,” Kemi told me. “A career as a software engineer has allowed me to do things I could only dream of [before].”

Kemi’s reality is the same for most Africans, especially young people going into tech; many available jobs can barely cater for their own immediate needs, not to talk of catering for other family members.

Kemi wants to continue supporting her mother and sister, not only by clearing their bills but also helping them to be independent of her. “I want to help my family build generational wealth, and you know that can’t happen if I’m the only one giving.”

Kemi graduated from OAU with a first-class. This revelation was enough to start an entirely new conversation. There were so many more questions I wanted to ask her, but the answer to them all, she told me, was grit, ambition and a staunch fear of poverty.

*Names have been changed to protect subjects’ identities.