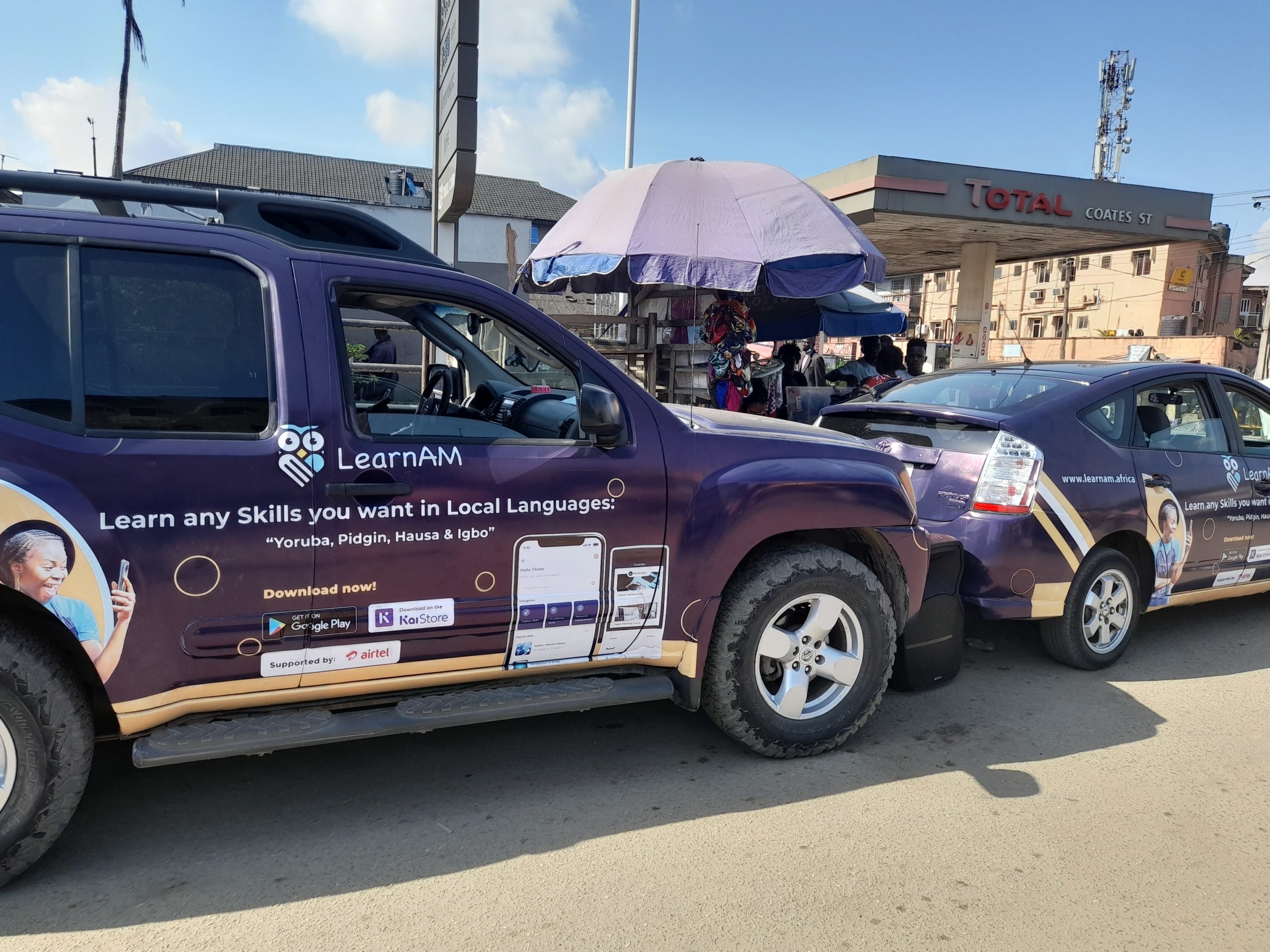 One way to ensure that a learning process is complete is to conduct it in the language the learner understands.

Africa is one of the most diverse continents in the world, with 54 countries and over 2,000 languages spoken. Despite the vastness of the languages, learning content is still predominantly shipped in English or French, automatically tossing millions of people who only speak their native language out of the system.

How can Africa bridge the literacy gap and open digital opportunities to people who don’t understand English or French, especially in the post-pandemic era where having digital skills is essential?

The search for the answer to this question is the reason why ScholarX, a Lagos-based edtech startup pivoted into LearnAM, a localised mobile platform that provides audio and visual educational content to improve digital literacy and inclusion in Africa.

SchorlarX was originally co-founded in 2016 by Bola Lawal (CEO), Damilola Emuze (COO) and Maxwell Ogunfuyi (CTO) as a social enterprise that supports education by helping students access scholarships, and it was largely dependent on grants and donations. Since its inception, it has helped over 350,000 students across levels to raise funds for their education.

But when the pandemic hit and everything began to shut down—although the startup was helping Lagos state to deliver digital skills training to all secondary schools at the time—its foundational mission was shaken. The best way to stay in business then was to pivot—but into what?

“During the pandemic, a lot of people lost their jobs and only people with basic digital skills continue to work. The World Bank also said over 230 million jobs will require digital skills by 2020 and the pandemic blew the figure over the roof,” Lawal told TechCabal. “We felt like we could create something that helps people acquire these marketable skills that help them in what they’re currently doing, or help them get a new job.”

LearnAm’s pivot period coincided with when GSMA called for applications to its Innovation Fund for Internet Adoption and Digital Inclusion grant. SchorlarX applied and was awarded the $200,000 grant. This grant would fund key components of building LearnAM including platform development, content development and sourcing, and early user adoption.

LearnAM, after staying in beta for a while, is now available on Android and KiaOS, so that people from low-income households who don’t have access to internet-enabled phones can use the platform on their feature phones.

The startup plans to reach over 100 million people in Africa, starting from Nigeria where it launched, with the three majority languages: Yoruba, Igbo and Hausa. It also has Pidgin and English languages. Learners can switch from the English language to any of these local languages when taking a course on the app.

The platform plans to be the Udemy of Africa where people can go to assess quality learning content in their preferred African language.

“It’s Udemy in Yoruba. It’s Udemy in Hausa and it’s also going to be Udemy in Swahili. It’s Udemy not because it’s a learning platform but because it scales with a lot of learning content from different angles, many users, and it’s affordable. We are leveraging our existing edtech experience to make sure the platform can boast of being the Udemy of Africa,” Lawal said.

Leveraging on partnerships to scale

The startup knows that to scale and reach 100 million Africans, it must leverage strategic partnerships that cater for something more than learning. In every phase of its value chain, the startup has one or two partners helping it to efficiently operate. In content creation, though it’s gradually morphing into building its own studio, it currently partners with a production company that gets the English version of the instruction and then translates them into the local languages.

In marketing and distribution, the startup has partnered with Airtel, one of the biggest telecommunications companies in Africa, to provide free access to over 40 million Airtel users in Nigeria, and eventually the rest of Africa, as the platform expands.

This is the playbook: you hear about the platform and wish to be on it but don’t have a phone? No problem. You can apply for a buy-now-pay-later phone on the platform. Then the device financing platform sends you the phone with an inbuilt LearnAM, with free Airtel support that allows you to use the app with free data for some time and then a little data subsequently.

The startup is not waiting on others to create a mobile phone penetration strategy for its target market; it is taking the lead in doing so.

The company also mentioned that there are many partnerships in its pipeline as it’s looking to scale aggressively in the space of one year.

“We are rolling out in mass, we have taken our campaigns and activation to the streets and billboards in more than 10 states in the country including Lagos, Kwara, Oyo, and Imo. We are looking to reach 10 million users by the end of 2022.” Lawal added.

An exhaustive use case

A market advantage and an economic importance of LearnAM is its robust and endless use cases. Besides learning digital and vocational skills, according to Chisom Amadi, Lead at LearnAM, everybody, upon hearing about LearnAM for the first time, has a different use case for it.

While somebody is saying LearAM can be used to educate Fulani herdsmen on open grazing best practices and extensively solve the nationwide grudge caused by their actions, another person is saying LearnAM can be used to create courses on good road usage for danfo drivers in Lagos, so they can stop creating a nuisance and accidents on the roads.

There are currently three categories on the platform: digital skills, personal improvement and vocational skills. All of these categories have their modules in the five available languages. For example, the foundational digital courses have about 59 models, and each one of them is in five languages.

LearnAM adopts a freemium model and all of its foundational courses are free but users will be required to pay a few thousands to access more advance courses.

Lawal said LearnAM will soon inculcate the Netflix method of content acquisition: original content, acquired content and distributed content. The startup will have its own studio where original learning content will be produced. It will also acquire content from independent creators. For example, a photographer can decide to create a learning material on how to edit pictures and give it to the platform for a fee. Lastly, they will eventually  help educational creators  distribute their content, then share the profit with them. Think universities and big corporations listing courses on the platform for students and employees to go learn.