Fashion means different things to different people. It could be an expression of self or an aspect of culture, or a form of entertainment or business. For Wunmi Akinsola, it’s all of these, and more.

As the youngest of five sisters, Akinsola—whose life swings back and forth between the cold streets of London and its high fashion and the afrocentric fashion streets of Lagos—was influenced by her siblings, who are fashion entrepreneurs themselves. Today, she’s building the “ASOS of Africa”.

On September 20, 2021, Akinsola’s fashion-tech startup, Fashtracker, won TechCabal’s Future of Commerce pitch contest. But how has the journey been for both founder and company? How have they sustained themselves over the years?

Akinsola traces the beginning of her fashion career to 2008 when her siblings co-founded a fashion brand called Virgos Lounge, a London-based womenswear brand. She worked with them as brand coordinator where she was involved in almost all levels of the business’s value chain, especially the fulfilment part. In 2014, she monitored transactions worth over £1,000,000.

In 2015, she graduated from the University of Kent, England, where she studied fashion and textile. She turned her final year project into her own company, called Pearls and Portrait, a B2B fashion outlet that designs and outsources production to manufacturers in China and India, then sells the ready-made clothes to businesses across the world.

After two years and a lot of financial and strategic mistakes, she decided to pursue a master’s degree in entrepreneurship and innovation. It was here that she got a better grip on how to run a business, especially a tech-enabled enterprise.

During and after the programme, she interned at a couple of consulting firms in the UK but she was keen on relocating to Nigeria.

“I just knew I wanted to be in Nigeria. It was an odd decision to make at the time. My family, even though they supported me, frowned at it,” Akinsola told TechCabal over a Zoom call.

Coming back to Nigeria, she knew she wanted to work for a company doing what ASOS is doing in Europe, but none existed or was big enough to hire a London returnee. After a while, she was hired as a project manager for the 2018 Bridal Fashion Week in Lagos. The event was a success but nothing happened for Akinsola after that, so she went back to the UK.

It wasn’t long after she moved back that she got headhunted by Jumia to lead its Women’s Fashion Category. At Jumia, she had access to the core of the African fashion scene and a clear understanding of the value chain—its challenges and opportunities. There and then, she knew she didn’t want to only be part of the solution but lead the pack of young people building a thriving fashion economy for Africa.

She left Jumia and started Fashtracker in February 2020 to provide a pan-African marketplace for the continent’s fashion.

“I was only running ads for Nigeria and neighbouring countries, and yet about half of my customers came from other parts of the world. So, it became obvious that there’s a massive market out there,” Akinsola said.

On Fashtracker, fashion designers and retailers can list their products for customers to find them and buy—a seamless process that gives the platform a small commission on every completed transaction. The company is also leveraging the current increase in demand for beauty and cosmetic products to create a new vertical called Skinntracker. This category is where cosmetic brands come to list their products for sale. Think Fashtracker but for skin.

Akinsola built the first edition of the website herself, even though she had very little website development experience. For some months, Fashtracker was a one-man business; the founder served as CEO, CTO, and everything else. While on a lean marketing budget, she banks on the reputation she’d built at Jumia to onboard top brands like Tania Omotayo’s Ziva Lagos, a leading fashion outlet in Lagos, Nigeria.

Now, the Fashtracker team has grown to six. A technical lead who’d be in charge of the website and mobile app development has joined the company, and another new hire would relocate from London to lead its marketing effort. Everything is gradually picking up. Akinsola hinted that the company’s mobile application will be released in two weeks time.

For a B2B2C marketplace like Fashtracker, user acquisition is double layered. One layer is about the brands or sellers that will get listed on the platform; and the other is about the buyers.

Fashtracker’s initial challenge was finding brands to get on the platform, but because of the network of the founder, that nut was cracked quickly. Now, the challenge has shifted to driving traffic to the platform so that the onboarded brands can make a sale.

Akinsola said the company has about 33 brands, though some of them are going through offline due diligence and haven’t yet been listed on the platform. About 30 brands are currently on the platform and have completed thousands of dollars worth of transactions.

“As we grow and learn, we will continue to onboard more brands and drive more buyer traffic into the platform.”

Another challenge was logistics. It took a lot of trial-and-error to get this one right. The company is in partnership with a third-party logistics company that helps in fulfilling customers’ orders. However, it’s still looking for a better way to cut delivery time to anywhere in the world to about three to five days.

According to Akinsola, having bootstrapped Fashtracker since launch, the one-year-old company is currently in talks with some angel and venture capital investors to raise a seed funding round that will help increase its talent pool, marketing budget, and scale technology.

What does the African fashion industry look like right now?

According to Euromonitor, African fashion is estimated to be worth $31 million. AfDB also reported that, in the next five years, Africa’s textile industry could generate $15.5 billion in revenue. This is due to the mass adoption of eCommerce and the increasing western obsession about African arts and entertainment.

African fashion companies are fulfilling increasing orders within the continent and beyond, particularly in Europe and America where Ankara gowns and other African print dresses are popular among non-Africans.

Though there are big competitors within the continent, the market is big enough to play in. One competitor, Afrikrea, an Abidjan-based fashion-tech startup that raised a $1 million funding round in February, was reported to have 5,000 designers on its platform, and has recorded over $4 million worth of transactions. The success of Afrikrea is an indication of the wealth of opportunity in this space and what Fashtracker can become. 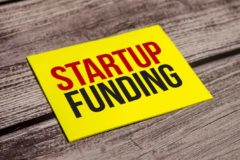