Previously, on Insta Story, emojis or expressions on anyone’s Story would land in the DMs and for those who have many active followers, this meant DMs clogged with empty notifications.

With the new feature, Private Story Likes, likes or emojis to Insta Story will not land in DMs. Users will be able to see who liked their Stories, but there will be no public like counts. 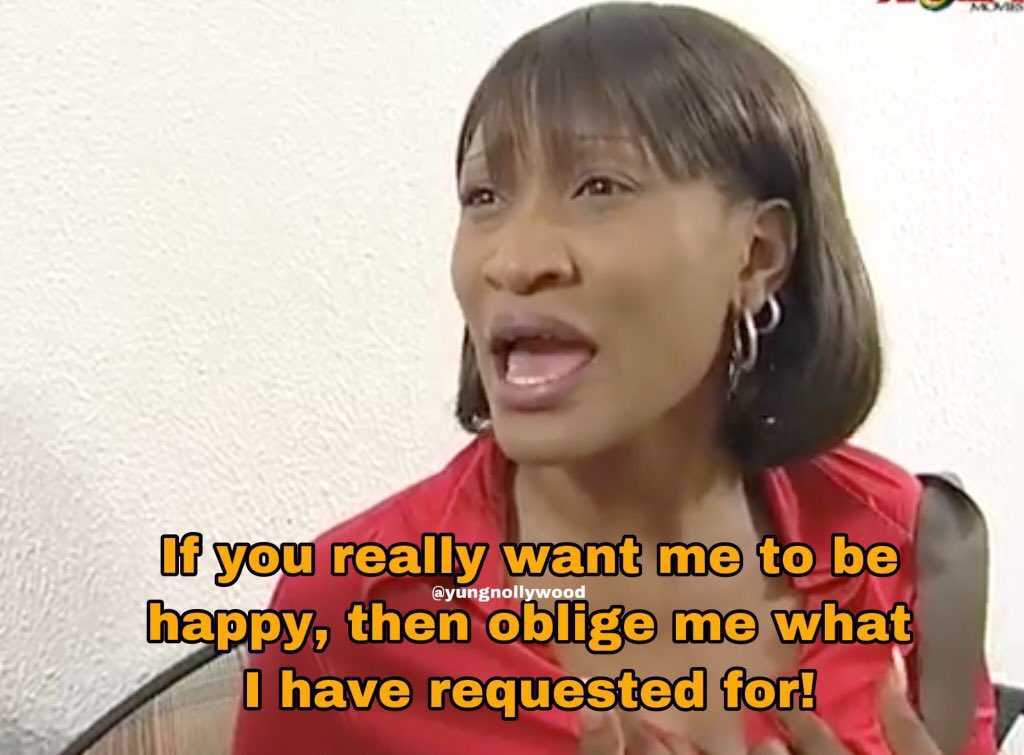 Every week, it appears Meta-owned social media platform is involved in some type of scuffle. But this shouldn’t be surprising for a company of its size.

In latest news, Facebook is under fire in Africa after content moderators in Ethiopia and Namibia complained about poor treatment—including poor pay and subpar working conditions.

Facebook spends more than $5 billion on safety measures. It contracts the services of more than 15,000 content moderators globally, most of whom are employed by third parties like Sama, a company responsible for content moderation in sub-Saharan Africa.

Sama, however, pays foreign employees about $2.20 per hour—post-tax—while non-foreign ones receive $1.46.

Other than poor pay, employees also complained of working long hours—up to nine hours per day including breaks. Contrary to a 2018 statement made by Facebook where it stated that contracted moderators had no quotas set for them, employees of Sama report that their screen time is being monitored. Performance reviews also showed that moderators were measured against target metrics for average time spent and quality.

While Facebook does have tools like blurring videos or rendering them in black and white to help moderators, Sama employees report that they don’t because of the pressure to meet quotas.

At least two Sama moderators resigned after being diagnosed with mental health issues like PTSD and depression. Many more are traumatised by the nature of their work but can’t afford quality [mental] healthcare due to poor pay.

In 2019, employees embarked on a strike that was promptly shut down by Sama. The leader, Daniel Motaung, was fired and there was no pay increase. More recently, 6 employees from Ethiopia resigned in January citing similar reasons.

Zoom out: It’s not the first time it’s happening too. Facebook content moderators across the globe have reported signs of trauma and PTSD because of the grisly things they moderate. It’s imperative the social media giant holds its contractors like Sama to higher standards to protect its name and more importantly, its employees.

FROM WALL STREET TO INVESTING IN AFRICAN STARTUPS

2010 was a watershed moment in football. For the first time, the World Cup was hosted by an African country. 3.2 billion people watched the matches from their homes while 3.18 million fans attended the matches live in South Africa—Zach George was one of them.

George, who was born in Oman, had spent the past 5 years on Wall Street as an investment banker at Barclays Bank and Lehman Brothers. He was in South Africa looking for a new adventure.

A decade later, after different laudable projects, he founded Launch Africa Ventures, a $30 million pan-African fund that has invested in 85 companies in 17 African countries. >

What does he look for in African startups?

“On average we invest between $100,000–$300,000 in a company,” George says. “The typical sort of traction we need to see in companies is, they must be doing at least $25,000 in monthly recurring revenue (MRR). So if you’re a startup with just an idea and you’re just doing $5,000 in revenue a month, we’re not interested. We do make exceptions if your intellectual property is really good, or you’re in a very niche market, but, generally speaking, at least $25,000 in monthly recurring revenue.”

How has he invested in 90 startups within 18 months?

“I think we move that fast because when you’re at the seed stage, and you’re raising like a million dollars in the seed round, you don’t have 6 months to wait for VCs to make a decision. If you’re spending more than 6 to 8 weeks in due diligence for a pre-seed company, it’s inefficient. Once you get to Series A then you do a lot more due diligence.”

In the first edition of Ask an Investor this year, Zach George shares more insights on  Launch Africa Ventures journey to become the Sequoia of Africa. 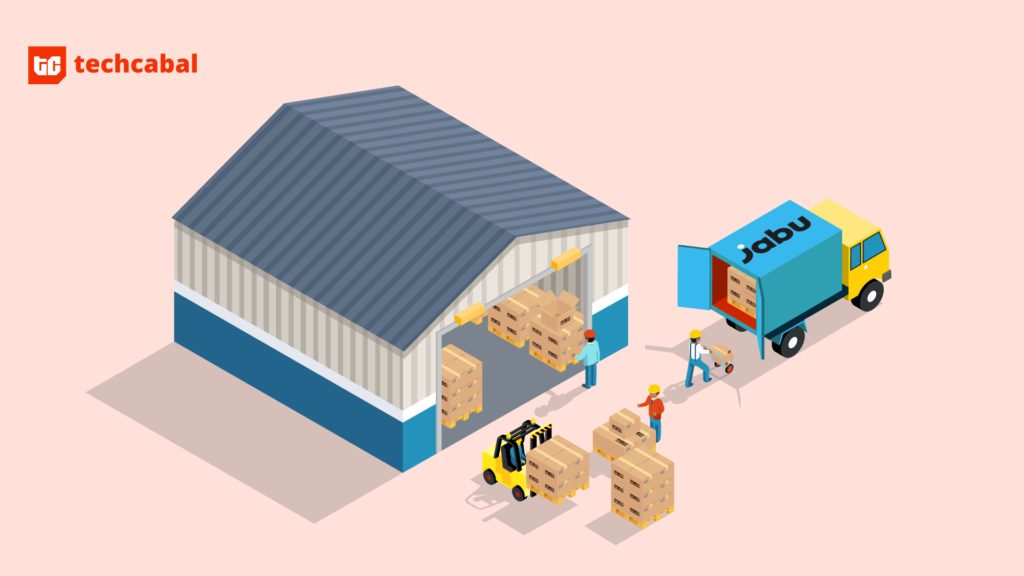 Jabu was founded by David Akinin in 2020 as a mobile retail shop that filled the vacuum of informal retail shops which were closed due to lockdown restrictions. As the market grew wider, Jabu expanded its services by partnering with local and multinational suppliers to deliver goods directly to informal retailers across Namibia.

Headquartered in Namibia, the platform presently connects over 6,000 retailers to local and international suppliers; and digitises their orders, payments, and logistics. The startup currently operates out of 5 cities and 9 sites.

In January this year, Jabu raised $3.2 million in seed funding, led by Afore Capital, with participation from other investors including Y Combinator.

Jabu, however,  is the first Namibian country to be backed by the accelerator, and the third southern African country, after South Africa’s FloatPays and Zambia’s Union54.

It’s not that Namibia doesn’t have worthy startups. It’s that investors are sceptical about scalability in the country.

In 2016, Namibia went into recession and it’s been struggling to recover ever since. The decline in activities like mining, tourism, agriculture and hospitality during the pandemic also led to a shrink of 8.5%. About half of the country’s 2.5 million population is also affected by its growing poverty rate.

These factors have caused Namibian startups to miss out on the investment influx into African startups as many investors worry whether Namibia could produce a startup that could be worth $100 million in returns.

Jabu can, Jabu will

With its track record, David Akinin and his team were able to convince investors of the opportunities abound in Namibia.

Reflecting on Jabu being the first Namibian startup to be backed by YC, Akinin said, “It feels like such a huge responsibility, for us, towards an ecosystem that has been trying, for a long time, to raise awareness about the great things happening in Namibia. But it’s a good opportunity to bring people into the Namibian ecosystem and onto our platform. It’s inspiration for other companies still pushing hard and hoping to get more money this year.”

We’ve talked about Apple’s problems with its AirTags before but, just in case you’re joining us, here’s a quick recap.

Apple’s AirTags are coin-sized trackers iOS users can attach to and track things they lose like keys. The problem? Well, people started using AirTags to stalk other people and in response, Apple made several updates including alerts for iOS users who unwittingly possess AirTags other than their own, and an Android app—Tracker Detect—that alerts Android users when AirTags are in their personal spaces. 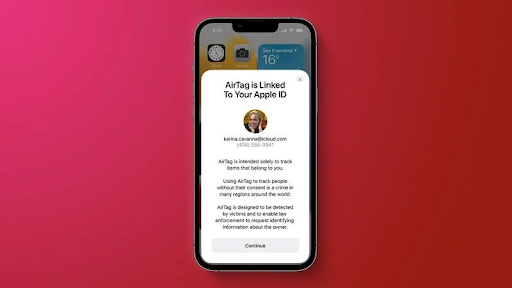 On one end, the company mentioned its commitment to helping victims get legal justice. Since AirTags are registered to the unique Apple IDs of those who registered them, the owners of AirTags that are used to stalk others can be traced back and the perpetrators charged.

In this vein, Apple has also made an update in the form of a privacy warning that pops up every time a new AirTag is activated. The warning alerts new users that, “AirTags are meant to track their own belongings, that using AirTag to track people without consent is a crime in many regions around the world”.

The company is also addressing false alarms. In previous updates, alerts for unknown AirPods often read “Unknown Accessory Detected” and the problem with this is that users mistook the unknown accessory as AirTags. With the new update, unknown AirPods will be properly identified.

FairTag: Apple is also working on future updates to address AirTag stalking including Precision Finding, which will help users see the distance between them and unknown AirTags. The alert sounds emitted by AirTags will also be louder, and accompanying it will be displays on iOS devices which—coupled with Precision Finding—can make finding unwanted AirTags easier.

EVENT: BUILDING FROM GROUND UP 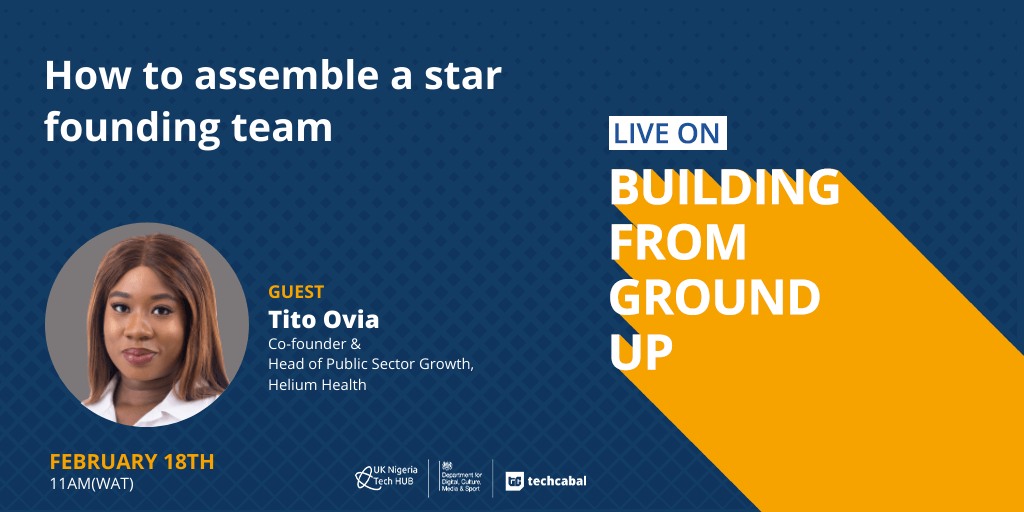 How do you know if you need co-founders for your startup or how many co-founders you need? How do you manage the dynamics of a co-founder relationship, and what are the most important principles to factor in?

This Friday at 11 AM (WAT), join Tito Ovia, Co-founder and Head of Public Sector Growth at Helium Health on #BuildingFromGroundUp.

Helium Health is a healthtech provider building the infrastructure to make it easier for anyone to access quality healthcare on the continent. It was co-founded in 2016 by three friends who bonded over a desire to fix healthcare in Africa.

On Friday, Tito will be sharing important tips for founders and aspiring founders who are thinking of taking on co-founders, as well as useful lessons from her experience with building Helium Health.

The event is open to experienced and aspiring entrepreneurs as well as everyone else who is playing in the African technology industry.

The #BuildingFromGroundUp series is powered by the UK-Nigeria Tech Hub with TechCabal as an implementing partner. 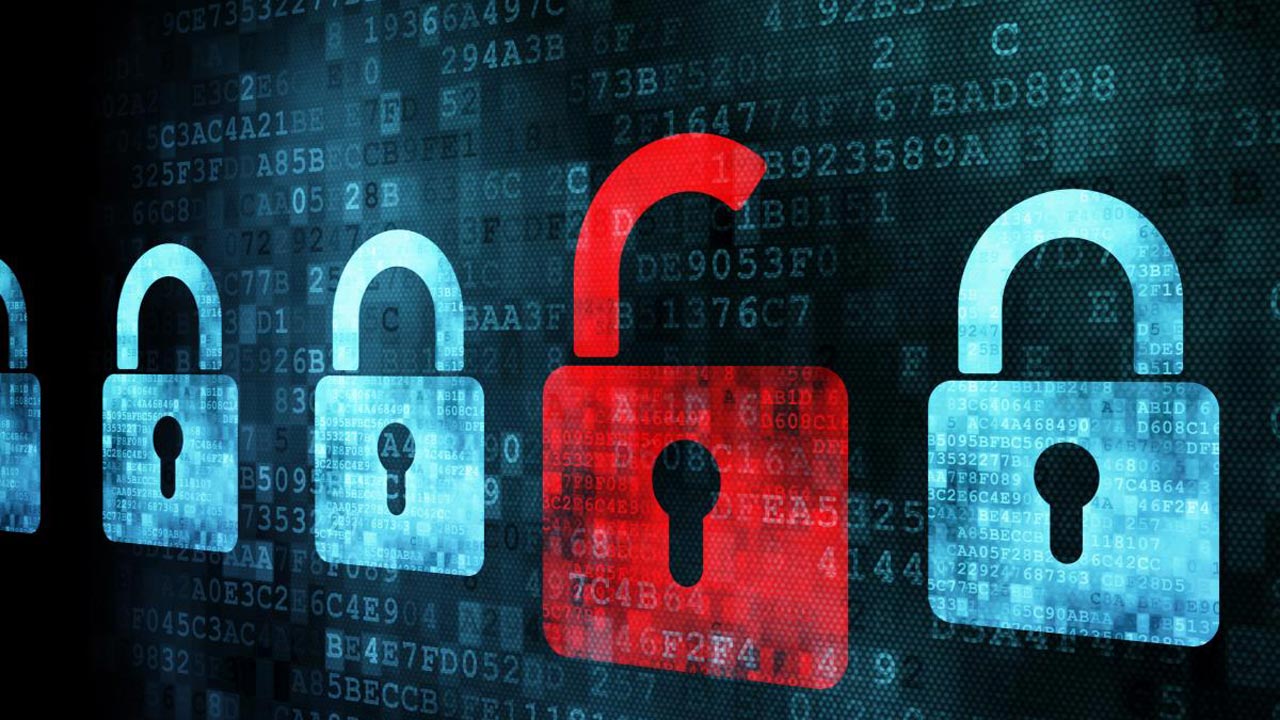