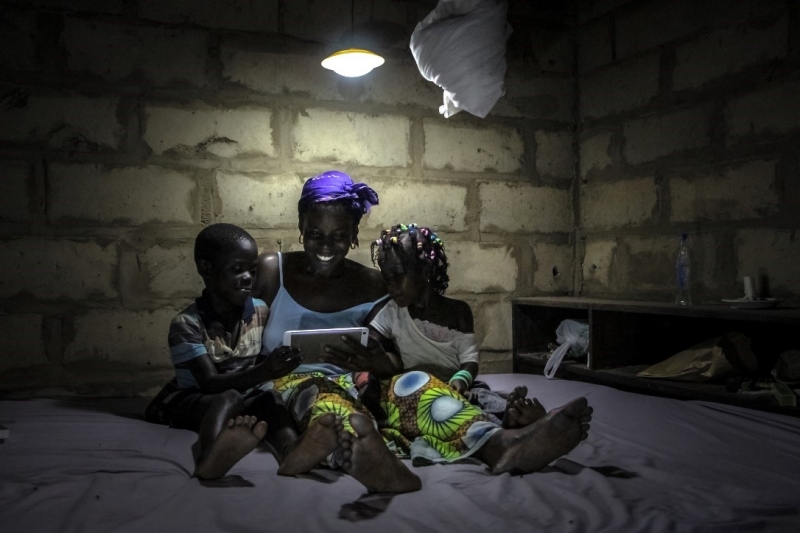 In a village tucked deep in the Nuba Mountains a group of women is at work. Not in the field but in the community’s new solar power installation. They’re bringing light.

Deep in the Nuba Mountains, in the often-troubled South Kordofan region, a cohort of rural women is building an “oasis of empowerment”. The group comprises mothers and grandmothers; many of them lacking formal education. They’re led by a woman trained to install solar capacity. The women are known locally as “Solar Mamas” and Muna Mursal Kuku is one of them.

“I am a proud mother of seven, one of them a martyr, may God rest his soul. All of my children haven’t completed education past secondary school. Only one of them went to university, but he dropped out shortly after,” said Kuku, by way of introduction.

Kuku recalled the dark days of life in the off-grid village located North-West of South Kordofan. Located about twelve hours from Khartoum, the village was once characterised by conflict, famine, and a lack of power.

But that is all in the past and Kuku is today only reminded of her former life by the situation in neighbouring villages. Despite having to drop out of school, today Kuku is a social activist and volunteers in programmes to help disadvantaged residents of the village, an opportunity she never had.

“I’ve been working as a volunteer since 2004,” she explained.

In 2009, Kuku was among the first women from Sudan to be selected for a six-month training in India as a part of the ‘Solar Mamas’ initiative. This project was hosted and initiated by the Barefoot College in Tilonia, India – a voluntary organisation that focuses on education, skill development, and health.

The project aims to redefine the methods used to empower women in underdeveloped countries, where instead of struggling through sustaining a formal route of education, they undergo a more hands-on practical approach. This allows the women to contribute to the socio-economic wellbeing of their communities as agents of transformation and empowerment of women.

“We learned to install the solar-powered systems through identifying the shapes, symbols, and colours of different wires and parts of the equipment,” Kuku explained.

“We were also taught other skills like how to make eco-friendly products such as paper bags and wooden toys,” she added.

The idea was that by acquiring skills, the women would also get the opportunity to pass them on to other women and girls and in that way challenge the status quo, helping expand communal knowledge and consequently changing the community’s view on women and their stereotypical roles. The women chosen to go on the training course were chosen very carefully. There were good reasons why they were referred to as “Mamas”.

“They selected people that really cared about their villages and would stay to develop it, not young people, or the ones that can take that training and simply leave shortly after. Basically mothers and grandmothers,” she explained.

Besides learning skills, the training also put them in the same space with other women from developing countries, including Senegal, Djibouti, and Sierra Leone, which allowed for a rich cultural exchange, despite the language barriers.

“None of us could speak each others’ languages, but we relied on communicating using signs, and the training itself had no theoretical curriculum, mostly practical,” Muna explains. “It gave us good exposure, experience, and skills; we realised the power of empowered women.”

After six months, the women returned to their village to implement what they had learned. Khadigaa Omer, another participant, explained how the training impacted her.

“When we came back from India, we weren’t just grandmothers anymore, we were engineers. We were no longer “just” women,” said Omer.

As part of the programme, they received a hundred solar kits to install in their own villages, free of charge. Each system consists of solar cells, power sockets, and lanterns.

“We distributed the solar kits to the people that were most in need, the poor and the elderly; not the highly esteemed teacher, chief, or sheikh,” Kuku said.

Despite disruptions caused by civil war in the area, twelve Solar Mamas were trained from six villages in the Nuba Mountains between 2009 and 2020.

Speaking of the initiative during the 9th International Conference on Appropriate Technology in 2020, Gada Kadoda, Engineer and Associate Professor at Sudan’s Garden City College for Science and Technology, Khartoum and a force between the city’s first innovation hub, talked of the inspiration that the Barefoot College and the training of the Solar Mamas had provided.

“It is managed by the poor and is run for the poor, and it is based on the belief that formal education is not a condition to become an engineer,” she said at the time.

According to Kuku, having a source of energy in the community is already saving lives.

“For instance, giving birth is safer because before then, women who went into labour would be in unhygienic conditions under poor light,” Kuku said.

“The use of gas lamps or fixed fire also posed many health hazards for both mothers and children,” she continued, adding that the lanterns used in the solar-powered kits are portable, with strong lighting and no pollution.

One of the men in the village chimed in.

“I make a living weaving rope with my hands, and now I am not racing to do everything before it gets dark. Now I can work at night as well,” he said.

Other beneficiaries have been students, who were not only able to read under safelight, but the candidates didn’t have to move around looking for centres with power to sit their exams.

While solar power has sparked a considerable transformation in the village and has increased the demand for her skills in the neighbourhood, Kuku, has so far resisted the temptation to take the entrepreneurial path.

I honestly don’t like the idea of working for the sake of money or praise from people. Some people get into such programmes thinking they might get some materialistic benefit from it, but I’m not that type of person. We went to the training and came back with the same mindset and goals, we did not get full of ourselves.”

“On a personal level, I am mostly inspired to continue this kind of work because I’ve witnessed the emancipating effect it had on these women,” she said.

“Nobody would’ve thought that older and less educated women can actually learn such technically complex skills, but now they want to know where to sign up for it,” she concluded, with a satisfied laugh.