Jobberman co-founder Olalekan Olude is drawn to the “critical” problems

Olalekan Olude and I have this interview over a Google call. When our cameras come on, he is seated in a corner-like, sunlit space. There is a table beside him, its polished, brown surface matching his shirt; there are flowers on this table. Olude himself, looking rested and composed, cuts the image of a banker fresh out of his suit and tie. The overall effect says thoughtful, open—which is how our conversation would be described, as Olude is a detailed storyteller. He is no banker but the founder of 2 startups—roHealth, a healthcare platform that gives customers the freedom to choose a health plan within their budget; and Jobberman, the popular online recruitment platform he’d founded with his friends, Opeyemi “Ope” Awoyemi and Ayodeji “Deji” Adewunmi.

How Olude met his co-founders is a fuzzy memory now. It’s likely that he’d met Awoyemi first, in 2005, in their freshman year as computer engineering students at the Obafemi Awolowo University (“Ife”). He would meet Adewunmi, a medicine student, later. Before the trio formed their friendship, Awoyemi and Adewunmi had known each other casually, on campus.

Jobberman, the platform they would eventually build, in 2009, connected employees and recruiters to the right opportunities and talent. Before LinkedIn and social media blew up in Nigeria, Jobberman was the premier space for job-search interactions. The idea to build the platform was originally Awoyemi and Adewunmi’s.

Jobs penetration at the time was relatively low, Olude reveals, as most people still relied on newspapers for information about job vacancies.

So, when Awoyemi and Adewunmi, approached Olude about joining them to help scale the business, he was excited to come on board. Their intention was to take him on as an employee, but when they asked for his salary expectations, he said, “I don’t want money. I want equity.” Awoyemi and Adewunmi were fine with his proposition.

And the 2 co-founders became 3.

Jobberman launched in August, 2009, in the middle of a nationwide public universities’ strike. Olude was in his final year of school. In those early founding days, each co-founder focused on managing different aspects of the business: Adewunmi was its face and strategist; Ope its engineering and product marketing lead; and Olude its sales, operations, and finance lead.

On graduating university in 2010, Olude and Awoyemi left Ife for Lagos to continue hacking away at building their new company. Adewunmi was still in school at the time and could only work remotely. Their first office, a space offered to them by the business’s first investor, Chika Nwobi, then CEO of MTech Communications, was not located in the finest of neighbourhoods; along the path leading up to their building, people defecated openly at night.

The years between 2009 and 2014 would prove “formative” for the founders on their entrepreneurial journey, Olude recalls. To build the first Jobberman team, they hired some of their mates from Ife, offering them a salary of ₦20,000 (~$48). Although they managed to pay their early staff’s salaries, they couldn’t pay themselves. They scrimped on comfort to be able to afford transportation by bus: often, Olude and Awoyemi would share a single seat on the bus, one man sitting in the other’s lap throughout the ride.

Ten months into the founding, in June 2010, they got funding from Scott Shleifer of Tiger Global, but they weren’t in startup heaven yet. Traction for the business was slow in its first 2 years. They recorded a mere 10 sign-ups a day. Potential customers, at the time, didn’t understand what an “internet company” did; when they received sales phone calls from the team, they feared they were dealing with fraudsters.

Through it all, Olude and his friends filled their spirits with hope, and kept their energies high. The soundtrack to their life was May D’s “Ile Ijo”, an up-tempo jam that thumped the loudspeakers in Nigeria of 2013. They danced to the song every evening after work, and looked forward to a curiously energising jollof rice menu they had for lunch daily, from a restaurant near their office. “We believed it [the jollof rice] was laced with narcotics because any time we were done eating, we became so energetic to work. It was quite addictive—we just didn’t understand why.”

They moved offices in 2011, to Lekki, an upscale area of Lagos. At Lekki, the business achieved soaring growth, averaging 3,000 sign-ups a day from individuals and companies job-seeking and head-hunting. Olude realised how valuable the product he had built with his friends was when he found himself, at airports, treated deferentially as soon as customs officials learned he was a “salesman”—his preferred title—at Jobberman. Once, an official thanked him for helping his sister get a job.

From tech bro to gov bro

A successful business is a goldmine to investors, and by 2015, Olude and his partners had gotten a few approaches from investors wanting to buy them out. They didn’t take up any of the offers, but they kept an open mind.

In 2017, Jobberman got acquired by Ringier One Africa Media, and Olude and his co-founders exited the business, leaving behind them a legacy of 50,000 employers and over 3 million users on the platform.

Each partner and friend wanted to “do other things” and “conquer the world”, Olude says, explaining why they exited.

Two years after leaving Jobberman, in 2019, Olude was appointed Special Adviser to the governor of Ogun—a state in southwestern Nigeria—on job creation and youth empowerment strategies. At first, he did not want the job. Government and entrepreneurship, he says, are two different worlds. When he left the latter for the former, he realised that government gave him the platform to create more impact, “with the stroke of a pen”.

The connection between recruitment and health

Now, as if government isn’t a surprising enough turn in his career, Olude is building a new startup in health. Christened roHealth and founded in 2021, the platform allows employees in small and medium businesses access healthcare plans of their choice. Typically, all employees of an organisation are signed on to one HMO plan of the company’s choosing. But with roHealth, employers sign up to the platform and onboard their employees, who, in turn, can choose a HMO they prefer, based on location, accessibility, and other needs.

Olude disagrees with my observation that his work in recruitment and healthcare are dissimilar. The common thread running through them, he says, is the “critical” nature of the problems he is solving—unemployment and affordable healthcare, respectively.

At the end of the day, he is a dreamer, complete with the pain the identity carries: an inability to stop spotting problems. He calls it the “toughest part of being an innovator”. Since he alone cannot solve all the world’s problems, he has decided to invest in people, mentor them, and help them animate their dreams.

On their Google calendars, Olude and his ex-co-founders have a meeting invite for a daily call with each other. The invite has been running for 3 years. But they have not been diligent about honouring it. “We don’t eventually do that call every day,” Olude says. “But we talk almost every other day, via other channels.” He informs me they are writing a book together, and have been at it for about a decade. The book, unsurprisingly, is about their partnership and time building Jobberman.

While Olude may have moved on from recruitment to health-tech, while he no longer chit-chats with airport staff about job searches, the impact of his first company continues to shadow him. Occasionally he’d get a call on his private phone line from strangers. The number had been the business’s contact line for many years, since day one. A few days before our interview, he had received such a call from a customer; the person asked if they were onto someone from the Jobberman team. And Olude chuckled and said, “Sorry, wrong number.” 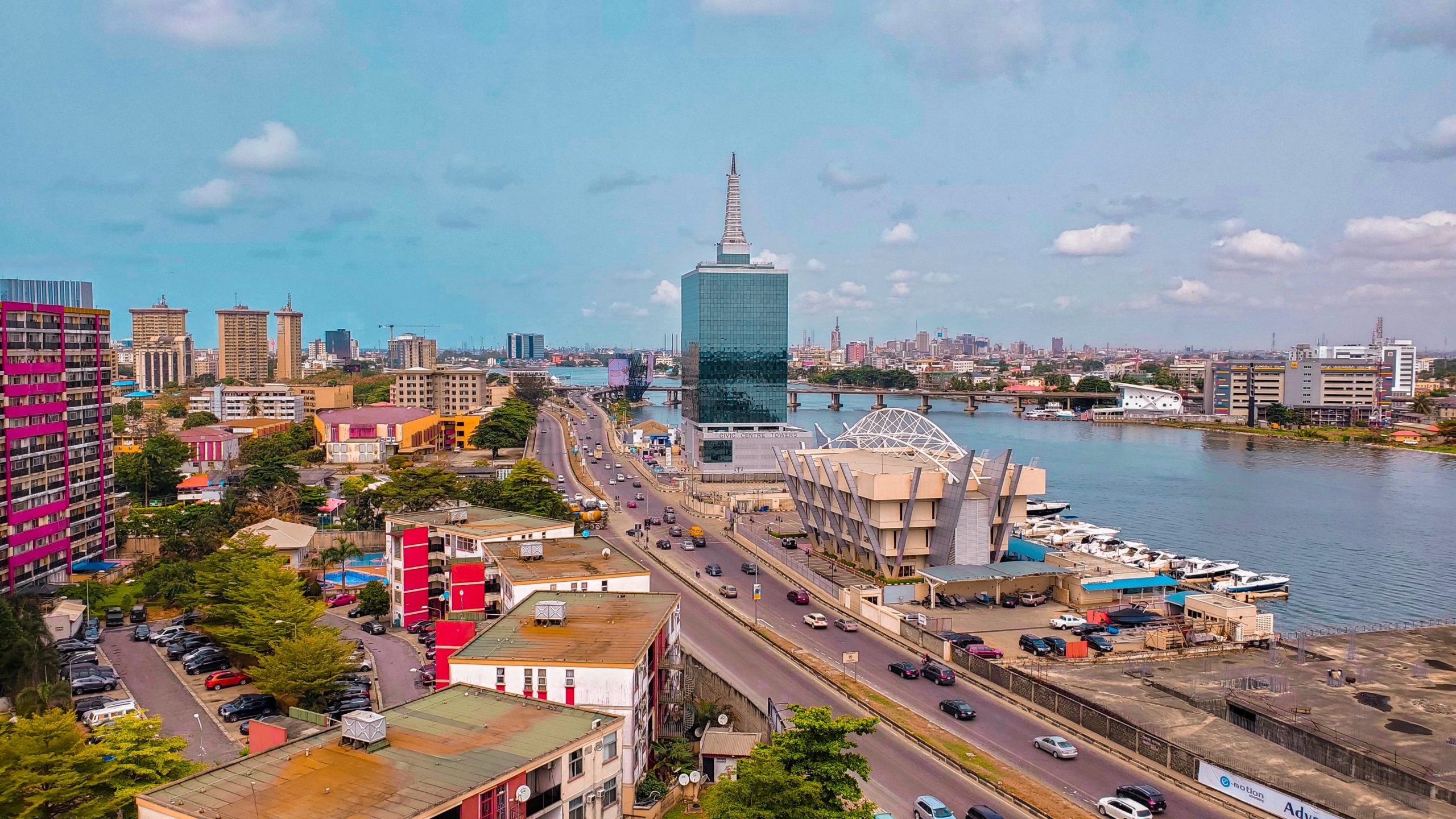