From Wall Street to selling sugar in Dakar: How Tijan Watt built a pan-African VC 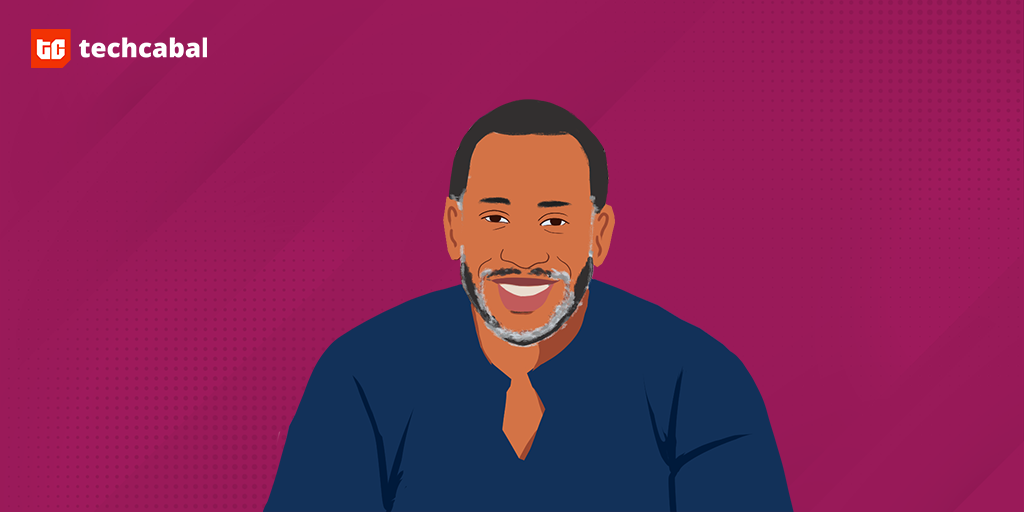 On a windy Thursday evening, in April, a delegation of investors, startup founders, and journalists gathered at the Port of Dakar waiting for the Chaloupe de Gorée, a formidable ferry that could hold as many as 340 people, to transport them to the historic Gorée Island, where Wuri Ventures, a Dakar-based pan-African early-stage venture capital firm, was hosting its launch party.

Away from the high-end restaurants and 5-star hotels’ seaside bars in Dakar’s city centre where most other events of this nature took place, 45-year-old Tijan Watt, co-founder and general partner at Wuri Venture, had spefically chosen this Gorée Island, which used to be the “point of no return” during the Transatlantic Slave Trade, to introduce his firm to the world.

Watt towered over almost everybody else on the chaloupe in a white, Guinea-fabric shirt and black jeans. Even though his beard had nearly gone a solid grey, he was still full of energy, and his eyes were as ambitious as they probably were 21 years ago when he first moved back to Senegal.

Wuri Venture is not a new establishment; it’s more than 3 years old. It was first conceptualised through an early advisory business called African Tech Leaders that Watt had founded to advise startups in the process of fundraising and seeking entry into global accelerators like Y Combinator. But Watt told TechCabal that in 2018, he realised advisory alone wasn’t enough to scale the ecosystem, and the idea to start investing in early-stage startups was born. He joined forces with Jerome Cretegny, a seasoned investment professional leading the Senegalese operation of the International Finance Corporation (IFC) at the time. The two combined their personal funds and used that to back promising African founders. In 2019,  they incorporated Wuri Ventures, and within a year, the duo made 6 investments.

Watt said that to realise their pan-African ambition, they needed more funds. So they sold 7.5% equity from their general partner equity, bringing 15 top tech and finance operators into the venture. They also partnered with Capria Ventures, which provided Wuri with the credit line it needed to invest, and eventually led to a $1.5 million investment in South Africa’s Whereismytransport $14.5 million series A extension round before the partnership was discontinued. After that, the firm launched a subscription model so that they could pool funds from local and international individual investors—angels, endowment funds, family offices, etc.—using the Angellist Venture platform (It’s the same platform Nigeria’s Future Africa and Kenya’s Mutua Venture use to power their subscription angel investing models.)

However in January this year, Carry1st, a mobile game publishing company Wuri Venture invested in at a very early stage and at a $4 million valuation, closed a $20 million series A extension round from a16z and Google at a valuation of $100 million. This single deal returned double of all the 6 deals they had made over the years. So Wuri exited so that it could be liquid enough to fund other deals.

“We made some good returns and exited so that we can continue supporting other early stage startups,” Watt told TechCabal.

Even prior to the official launch in April, Wuri Ventures has advised more than 20 startups and invested $2 million across 14 deals including Carry1st, Whereismytransport, Lori Systems, Kotani Pay, Tambua Health, Norebase, Nestocoin and Caytu Robotics amongst others. The firm continues to invest alongside global investment leaders such as a16z, Google, Toyota Tshusho, Avenir Growth and others. Now, Watt believes that its subscription model is going to help ramp up their investment figure from $2 million to $4 million within a year.

Wuri Venture also provides incubating programs for founders to learn the ropes of the startup world. Caytu Robotics, one of such startups that incubated with Wuri, recently displayed one of its robots, an Autonomous Delivery Robot, at Massachusetts Institute of Technology (MIT) where it was remotely controlled from Dakar—6,000 km away from Boston where MIT is located.

From Wall Street to selling sugar in Dakar

Watt was born to a Senegalese father and an African American mother. He grew up in Washington, DC where he attended Sidwell Friends School, a prestigious institution that counts Chelsea Clinton and Sasha and Malia Obama among its esteemed alumni. Watt went on to study mathematics and computer science at Howard University, a historically black college.

After a brief foray into science, running lab tests on both humans and animals, Watt spent 3 years as an investment banker at Goldman Sachs in New York and London, and in 2001 he decided to move to Senegal.

Even though the dotcom boom had shown signs of bursting in 2000, it didn’t, and the cool kids of Wall Street were still dumping their six-figure salaries to embrace the promise of the digital revolution. Even though Watt saw his colleagues moving to companies like Priceline, he devised a plan instead to move to Africa and become a dotcom pioneer there. How difficult could that be?

In reality, Watt had only visited Senegal once when he was 18 and knew close to nothing about the landscape. He started to abandon one startup idea after the other: he first wanted to become an internet service provider (ISP) but the “existing player had a massive capital warchest to kill him on arrival,” he giggled as he narrated this part. After spending a year playing with ideas, he  started his own flavoured sugar company in 2002. The company was called Crystal, a name he claimed was inspired by a Notorious BIG song—and that’s how he waltzed off the track of his dotcom ambition.

Like his earlier ISP idea, the Senegalese sugar industry was dominated by The Mimran Group, a French, family-owned company. The Mimran Group owns the Compagnie Sucrière Sénégalaise (CSS) which cultivates 8,000 hectares of sugarcane in Senegal, and has more than 5,000 employees during harvest time—the largest employer in Senegal after the country’s government. To understand how much money this family made from sugar consumption in Senegal as far back as the 1980s, in 1981, they paid $3 million to acquire Lamborghini and saved the Italian fast car company from bankruptcy. Then  they sold it to Chrysler Corporation in 1987 after expanding its model line of product from 1 to 3 in the space of 6 years.

“My thought then was: since everyone in the country consumes sugar, it’s essentially like a tax on the population,” said Watt. “And then that should not be held in the hands of a single person or that single family.” So at 26, the ambitious Watt took on the Mimran empire.

Watt would build the business into a household name employing nearly 100 people and achieving revenues of $15 million. In the grand scheme of things, that didn’t harm the Mimran’s dominance, but Watt believes that it created a new narrative. “There is a lot of value in Africa and it’s a pity that it’s the foreigners who are capturing most of it. To some extent, we changed that”

After 3 years running the company as CEO, building processes and structure, Watt left to pursue an MBA at Harvard. After that, he worked  as an investment officer at Nigeria’s Travant Capital in Lagos, where he stayed for 2 years before returning to Senegal to run Crystal in 2009. Seven years after, Watt finally exited Crystal and moved to Ethiopia to work as the chief revenue officer of mFino, a fintech company providing banks and telcos with mobile banking solutions in major markets in Africa including Ethiopia, Nigeria and Senegal. He stayed at mFino for a little over a year before moving to Silicon Valley in 2017 to start African Tech Leaders, an advisory firm that would morph into Wuri Venture.

The same hunger still lingers in Watt’s eyes as the ferry approaches the island, prompting guests to pull out their phones and take pictures as they make their way to the Keur Louise, a colonial house dating back to 1864, where the event would happen.

As the guests, now gathered in the beautiful stone lined courtyard of the historical house, enjoyed a variety of hors d’oeuvres, an artist, sitting in a corner holding his Kora instrument dearly to his chest, blessed the scene with a calming rendition. After the meal, the guest mingled and conversed for a bit. The music stopped and Watt signalled he was making a speech from a makeshift podium. Watt told the abridged version of his entrepreneurial journey, and attempted to sell the crowd on Wuri Venture’s dream, especially its subscription plan, urging them to join Wuri Ventures in building a prosperous Africa one startup at a time.

“We support the concept of entrepreneurism, which is the notion that through proactive initiative, founders can create positive change in their own societies and can create their own economic opportunities,” Watt said. “The subscription fund further pushes that vision by empowering individual investors.”