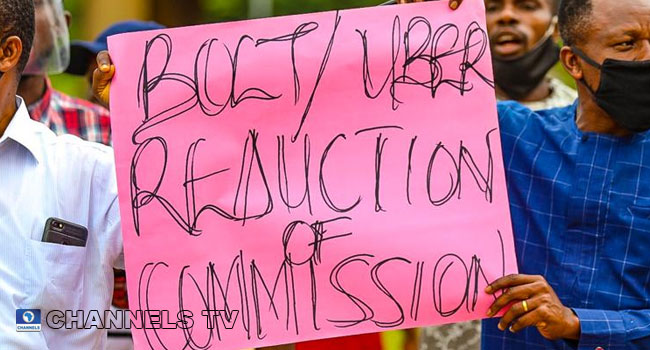 Drivers of popular ride-hailing apps Uber and Bolt in Cape Town have suspended their business activities and embarked on a strike to express their discontentment with the ride-hailing ecosystem in the country. The disgruntled drivers have cited low earnings and a slow permit process as major factors behind the strike action.

The drivers began demonstration in Western Cape on Wednesday, taking the fight to Bolt’s offices in the region and submitting their demands in all the offices they went to. The strike is now in its second day with the workers moving to the office of the city’s Mayor, Geordin Hill-Lewis, to whom they submitted a memorandum today.

In the memorandum, the ride-hailing drivers demanded a faster process for renewing permits, which is suffering from a significant backlog, and called on the Mayor to temporarily prohibit the impounding of their vehicles.

In a Fin 24 interview with Uber Union Chair Siyabonga Hiabisa, he mentioned that drivers want Uber to reduce its commission from 25% to 10% and increase the drivers’ rate per kilometre to R10.

Head of communications for Uber in South Africa, Mpho Sebelebele, spoke to MyBroadBand and promised that Uber was going to work towards addressing the issues.

“We have and will continue to engage drivers directly using our various engagement channels to work towards addressing the issues because we take them seriously,” Sebelebele said.

He added that the company understands the plight of their drivers, and Uber is working on ways to improve drivers’ earnings on its platform.

“We recognise the pressures drivers are under, including the increasing cost of living. However, it’s important to understand that fares fluctuate as a normal part of any business based on various factors such as seasonality and the macroeconomic environment.

“Recently, we have seen driver earnings begin to recover in South Africa and we are constantly looking for ways of helping drivers increase their earnings on the platform while providing riders with more cost-effective options of moving around,” he said.

Bolt’s country manager for South Africa, Takura Malaba, responded to the situation, promising that the company would engage the striking drivers to understand their demands, but maintained that affordability is central to Bolt’s business model.

“Bolt respects every driver’s right to protest, and we appeal to drivers to do so legally, peacefully, and without impacting the rights of other drivers who choose to continue to operate and earn an income. Still, more people will choose to ride with Bolt if its rates are affordable, which means that drivers have more opportunities to earn money,” Malaba said.

Despite increasing the commission rates to 20% this year, Malaba argued that Bolt’s commission was amongst the most favourable in the region. He also refuted some claims that drivers were paying for discounts and special offers.

“Drivers that use Bolt keep between 6% and 10% more per trip than drivers using other platforms,” Malaba said.

“Bolt’s drivers never pay for discounts because Bolt covers the cost of all discounts and promotions. Some confusion around this issue may have happened because a passenger on a discounted ride that pays cash, pays the discounted amount to the driver. However, Bolt pays the difference—the cost of that discount—to drivers in the weekly pay-outs.” he added.

This is not the first time Uber and Bolt are witnessing resistance to their business models in Africa. Earlier this year, Tanzania’s Land Transport Regulatory Authority (LATRA) mandated ride-hailing companies to operate at a 15% commission rate. This order led to Uber’s departure from the country, with bolt limiting its operations to corporate clients only.

The protesting drivers have slammed the two ride-hailing companies with a 14-day ultimatum to respond to their demands.