Questions emerge as telcos speed up 5G deployment in Africa 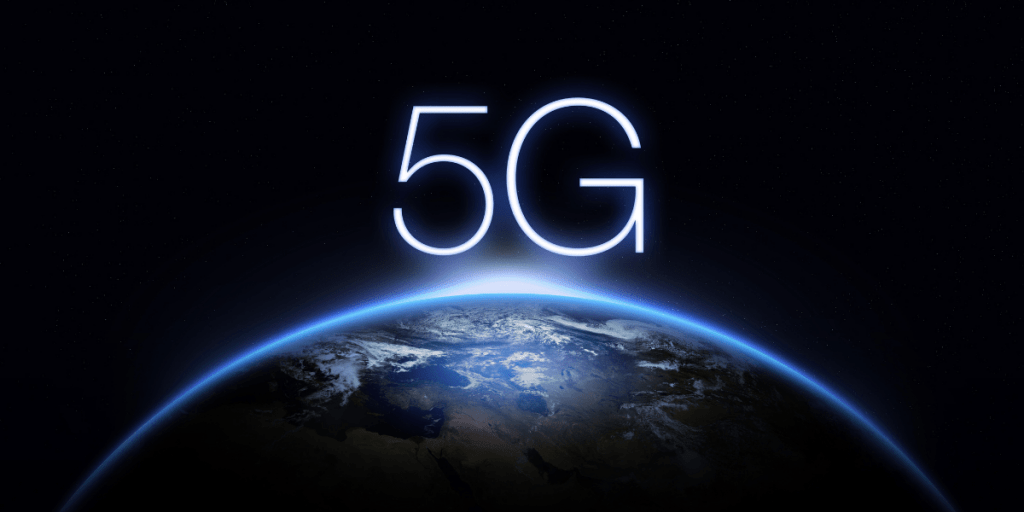 5G internet is tantalizing and African telcos are going in head first, snapping up spectrum licenses and rolling out new services. With over a dozen 5G networks launched across the continent—and more on the way—the new focus raises several questions.

Since Vodacom announced its corporate 5G service in Lesotho in 2018, which served two enterprise customers, there are now commercial 5G networks in more than 10 countries on the continent—with more in the works.

Africa has been permanently connected to the internet since 1995 and has witnessed tremendous transformation as a result. But this impact is unevenly distributed in terms of access and in the areas where digital technology, especially internet connectivity is being used.

Mobile communication from voice and SMS to mobile data and now broadband have connected hundreds of millions in Africa, unlocking a digital boom that has resulted in economic prosperity across the region. But hundreds of millions of others remain disconnected from the internet. While there has been a lot of progress in expanding the coverage of mobile technology, getting people to use the services has been harder. For example, while 83% of Africans live within areas covered by mobile internet, only 22% use the internet, according to the 2022 State of Mobile Internet Connectivity [PDF] report published by GSMA last October.

GSMA says the reason people are not using the internet is that they cannot afford internet-enabled devices or, if they have them, the internet bundles needed to use the devices. A lot of these people who do not use the internet, however, use 2/3G devices to make phone calls and send or receive text messages. This basic access to 2/3G connectivity is the only reason they are included in the mobile digital economy. It is how the shopkeeper in Nairobi is able to send money via M-Pesa to his family in the Rift Valley. But there is a new problem with this picture.

Globally the legacy connectivity technology on which this digital economy is built is being replaced by newer technologies and new patterns of digital consumption. Bigger economies are shutting down 2/3G networks and even some African countries, like South Africa, want them gone as early as 2024, in favour of deeper 4G and 5G wireless coverage.

Given this policy signal, one can understand why telcos are rapidly shifting their investment to pick up 5G spectrum. Some might question the hurry. Only 25% of the global population is covered by 5G technology and the degree of coverage varies widely, making the technology a costly undertaking since it is still early and it does not have the benefit of economies of scale—yet.

The economics of accelerating 5G in Africa is challenging. So far, investments in 3G and 4G networks have extended mobile broadband coverage to only a quarter of the total population in Africa.

Since only 22% of Africa’s 83% mobile broadband-covered population use the internet, the minority who regularly use mobile internet are essentially paying for the 61% who cannot afford internet connectivity. Yet, as African economies worsen due to mismanagement and a global recession, telcos are deciding that they have to make early bets in 5G tech in the hope that Africa’s digital evolution will accelerate fast enough to yield economic payoffs.

One way they are doing this is by making device financing arrangements to enable people to purchase 4G-enabled devices and pay in bits. Several such arrangements are being concluded or already exist, but the take-up is still painfully slow. Some affordability barriers are simply a result of policy mismatches where governments impose significant tariffs on smartphones. It is a standard problem throughout Africa where governments’ stated digital inclusion goals clash with the need to fill budget gaps and pervasive rent-seeking in practice.

“For 5G devices to really pick up, 5G devices need to be available and importantly affordable,” Kenechi Okeleke, the director of regional, social, and policy research at GSMA Intelligence, told TechCabal on the sidelines of MWC. Okeleke is the lead author of the recently published, 5G in Africa report.

So far, the biggest use case for 5G in Africa, Okeleke tells TechCabal, is fixed wireless access (FWA) 5G. FWA 5G is oriented towards offices, remote workers, and students who increasingly demand faster internet connections. Because of how dense 5G networks need to be in order to deliver on the technology’s promises, this new focus means that telcos are simply doubling down on the already heavily connected segments of their users. It is also still unclear how much of an improvement mobile 5G wireless coverage is compared to fibre connectivity.

In terms of regional and trans-continental integration, there are also concerns about the disparities between the frequency bands where 5G is being deployed across Africa. For example, devices that work where 5G is deployed on sub 1Ghz bands may not be able to access 5G services in countries that use higher frequencies, GSMA’s Okeleke explained.

Within the context of global geopolitics, African countries have demonstrated their willingness to work with the available Chinese 5G infrastructure in spite of the US’s policy which antagonizes Chinese digital technology. At last year’s Mobile World Congress held in Barcelona, Stephane Richard, CEO of French telecom giant, Orange, told Reuters, “We’re working more and more with Chinese vendors in Africa, not because we like China, but we have an excellent business relationship with Huawei,” Orange is the second-largest mobile carrier in Africa.

On the one hand, it is good that African MNOs are somewhat unaligned. On the other hand, it is also not clear that Africa is contributing in any meaningful way to the policy and technical considerations that are shaping the development of 5G infrastructure. African operators have been encouraged to diversify their technology mix to avoid reliance on any one supplier. But Huawei equipment, for example, already makes up about 70% of 4G infrastructure across the continent. “My understanding is that Huawei has a 70% market share in networking infrastructure across Africa, and that is something you can’t dismantle very easily,” Arthur Goldstuck, analyst and MD at World Wide Worx told Connecting Africa in 2019.

Finally, the GSMA report acknowledges that one downside to the phased roll-out of 5G services is that it may limit the opportunities for local operators and other ecosystem players to realise economies of scale from 5G deployment. The report recommends that telcos shelve some of their ambition and work collaboratively to align their 5G strategies through network sharing. “Markets with sufficient scale can better influence the global trajectory of 5G development and are also able to achieve low unit costs of network rollout,” counsels GSMA.

But the intense competition in African markets, plus the revenue governments hope to realise from selling spectrum licenses, dampens any hopes for this type of collaboration. In Nigeria for example, the government is planning to auction four more licenses even though only one of the two licenses it had issued previously is operational.

Among telcos, there is a lot of hope and hype in the potential of 5G technology for Africa, but realising this potential will demand more collaboration than competition. It will also need strong policymaking and implementation that will help prevent oligopolies from forming and ensure that consumer protections do not only exist on paper. Most importantly, this transformation will rely in part on better-managed economies that foster prosperity and greater purchasing power. If people are not living better lives, farming with better tools, or making modern machines, they may never need connectivity beyond voice and SMS calls.

There’s also no need to hurry. As a 2019 GSMA report counseled,  a time lag before large-scale 5G deployment could have broad benefits for Africa because it “would allow the technology to mature and be fully tested in other markets. It would also allow economies of scale to be realised in 5G equipment and devices, potentially lowering costs for operators and consumers.”

Without any first-mover advantage to be gained, (and since Africa is sadly not contributing meaningfully to the development of 5G technology) we might avoid costly first-mover pitfalls by taking time to understudy 5G in other markets instead. What’s more, while learning from 5G rollouts in other markets, telcos and governments can invest in strengthening access to, and usage of near-peer technologies like 4G.