Going to the World Cup in Brazil? 5 Tips for Safely Using Your Cards & ATMs 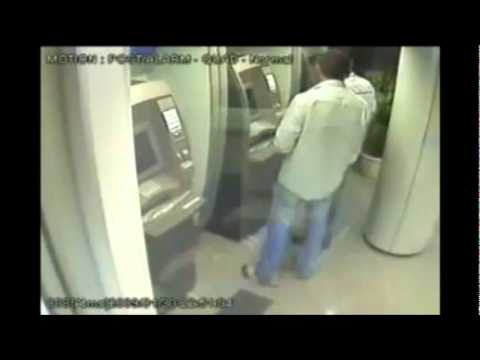 Brazil is the home of football. But according to Kaspersky Labs, it is also home to some of the brightest credit card cloners around, primary targets of which are clueless foreigners who are not privy to their operations.

Credit and debit cards account for 70% of payments in Brazil. Should you be planning a trip to Brazil ahead of the World Cup beginning next week, you want to follow these 5 simple tips to ensuring the security of your finances.

Use only CHIP and PIN cards

During the course of your stay in Brazil, avoid using any of your old cards with magnetic stripes, as they have a higher chance of getting cloned. CHIP and PIN cards are more secure and harder to clone than the older magnetic stripe cards. Most banks in Nigeria now issue CHIP and PIN cards anyway, but it’s a good idea to check with your bank before travelling to Brazil.

Never handover your cards at restaurants or stores

When at restaurants or stores, do not handover your cards to attendants but rather, ask them to bring the POS terminal and charge it in your presence. By doing so, you reduce the chance and temptation of possible criminals doing a quick clone of your cards.

Pay only with wireless PoS terminals

Brazilian credit card cloners are infamously exporting malicious software from Eastern Europe, using them in local PoS terminals and PIN pads. Be sure to avoid PoS terminals connected to serial or USB ports, as they are at higher risk of being infected. Make sure you are paying using only at wireless POS terminals.

Brazil is home to over 160,000 ATMs, one of the highest in the world. This means more opportunities for local criminals to ingeniously sabotage them. Some reportedly go as far as installing entirely fake ATMs in random places. Better safe than sorry, don’t even bother using ATMs that aren’t located within banking premises.

At ATMs, enter your PIN with keypad covered

Some of the less software-skilled ATM hackers rely on hidden cameras to sabotage ATMs. As ridiculous as it may sound, chances are that a lot of the ATMs you will use in Brazil could hidden unauthorised cameras installed. When you are entering your PIN, be sure to cover the keypad with your hand. 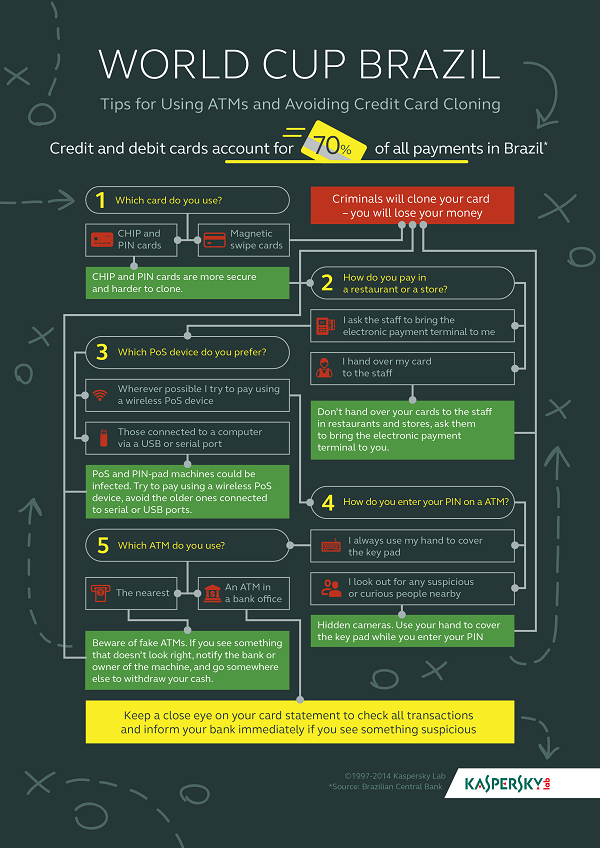