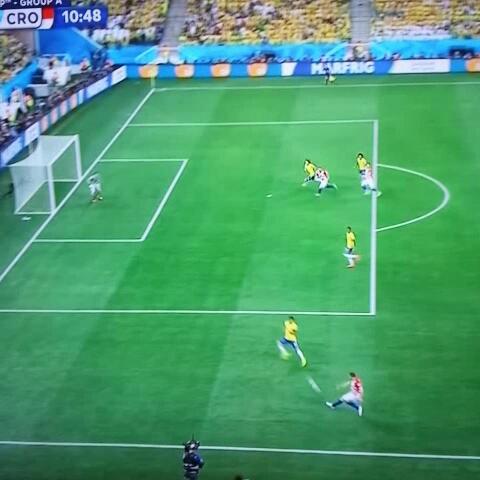 And now it’s never going away. If you didn’t watch that match, Vine says not to worry. The cringe-worthy, unfortunate Brazilian own goal scored by Left back defender Marcelo Vieira, has joined Vine’s 6-second archives thanks to KickTV. As expected, host country Brazil had the honor of scoring the first goal of the 2014 World Cup. What we didn’t expect: it went in the wrong net.

You can now watch the own goal happen again and again and again. It was a facepalm moment, if we’ve ever seen one. Thankfully, Neymar saved the day levelling the score to 1 -1 before half time.

Note-worthy though is the fact that Brazil beat Croatia 3 – 1. But still.