PayPal In Nigeria – Three Sides To The Local Payments Coin 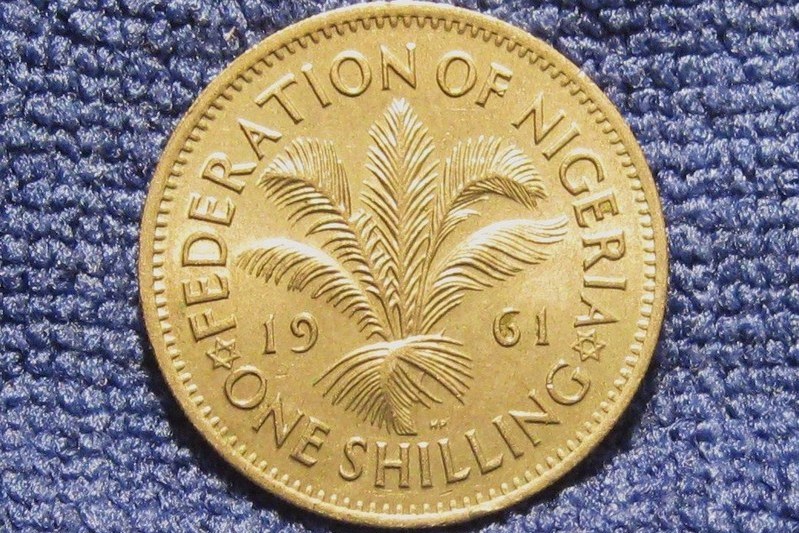 Economic analysts have painted rosy prospects for Nigeria’s future. As the economy grows, 7 percent every year by expert estimations, and the middle class expands, more Nigerians are acquiring the ability to pay for goods and services, increasingly via digital and electronic means. Savvy global corporate players are all getting in line to court the burgeoning market, and PayPal is in that number.

Before coming to Nigeria in June, PayPal had studiously avoided the country. By 2014, PayPal had launched in so many of Africa’s 55 countries that it literally didn’t have many more places to go. In June, Nigeria, Zimbabwe, Ivory Coast and Cameroun were the latest on the continent to join the favoured group. Ghana, right next door, still has no such luck.

Nonetheless, PayPal’s launch in Nigeria has been generally received with enthusiasm, even if tinged with skepticism and some reproach.

The rise of e-commerce is one of the most readily apparent testimonials to the impact of technology and innovation in Nigeria. However, its adoption is still mostly concentrated in the middle class, who according to the African Development Bank make up about 23 percent of the population. The growth of the sector is fraught with challenges, of which online payment is chief.

Local payments just do not work the way they should, particularly in the areas of security and user experience. Online merchants who have spoken to TechCabal have reported conversion drop-off rates of up to 90 percent when consumers reach the last stage of the transaction. Countless buyers click past the checkout button only to be thwarted at the very end, at the payment gateway.

The merchants are unhappy about lost revenues. But perhaps not nearly as much as the consumers themselves who crave the convenience of e-commerce. The more web-adept of these have even gone to the extent of petitioning PayPal to come to Nigeria.

In this report, we engage the three (yes, three) sides of the local payments coin — online payments operators, online merchants and the consumers who patronise them to get a sense of how PayPal might impact the ecosystem. The group that should have stood to gain the most from PayPal’s presence are local merchants. But as it currently stands, PayPal doesn’t meet their need. While PayPal makes it possible to make payments on international websites and marketplaces, local merchants cannot receive payments yet. For them, nothing has changed. They can either keep making do with local payment gateways, endure the hassle of bank transfers and pay on delivery, or attempt a cumbersome hack designed to take advantage of the current levels of PayPal functionality – register a PayPal merchant account outside Nigeria.

“We currently have (Interswitch) WebPay integrated and we also allow our customers to pay via bank transfer”, says Oluyomi Ojo, founder Printivo.

As some have found, leaving Nigeria altogether might be the most practical solve the payments problem permanently.

“We use Stripe so there is no impact as regards Callbase. We do not use PayPal to collect payments for our service” says Oo Nwoye, founder and CEO of Callbase. Though his startup is Nigerian and targeted first at the Nigerian market, Oo and his co-founder currently reside in San Francisco. It stands to reason that they have reasonable amounts of access to the same opportunities available to native Silicon Valley startups.

How feasible is the offshore PayPal merchant account hack? It’s a question of scale. The bigger companies like iROKO might have the resources to maintain offshore PayPal accounts and the necessary cash float to endure the time they have to wait before they can repatriate the funds in the most economical way. Smaller merchants are often not that fortunate.

Perhaps down the road, things could change. First Bank recently signed up as the official Nigerian partners of PayPal with a vague promise to get them enable merchant payments for its customers in “coming months”.

PayPal has declined to commit to any specific timeframe for this sort of arrangement, so it would be ill-advised to hold one’s breath. But maybe at least local payments operators could on account of these developments be incentivised to step up their collective game?

Local payment operators on their own part don’t appear to be losing sleep over PayPal’s entry. According to an eTranzact representative, it is too early to say if PayPal will have any impact on the local payments space.

“(Perhaps) if Paypal had entered a few years earlier while we were (still) trying to build out the payments space in Nigeria”.

Paga founder and CEO, Tayo Oviosu has a more welcoming disposition and says PayPal will attract a lot of attention that is positive on the whole.

“We’ve been in conversations with PayPal for a while and are happy to see they have finally seen that there is a segment of Nigerians looking to make purchases abroad. Generally I think this will attract a lot of attention that is positive. International investors will see what we have been preaching for a while, that there is a strong opportunity in payments in Nigeria”.

Tayo is however quick to add that any strategy directed at the payments market must like Paga focus not just on the banked but also unbanked demographics to achieve true headway.

Richard Tanksley, CFO of SimplePay believes that the field can accommodate many players still.

“Most people in Nigeria have figured out how to collect payments on their web stores by now, but having PayPal as a checkout choice will provide another payment option which gives merchants and buyers more flexibility to choose the ones with the lowest fees. Mobile and web payment penetration in Nigeria is still very low. It’s a new concept for most people and having PayPal and other international payment services entering the country will only help get more people used to cashless payments. Nigeria is such a huge growth market for mobile and online payment solutions that it would take years for even several players to saturate the market”.

Of the local operators, Interswitch is the biggest, rendering it the largest target for flak from disgruntled merchants and users. We are still waiting for a response to our enquiry on the subject.

Should the operators be concerned? We’ll see. However, the general perception here appears to be that PayPal’s late entry may have robbed it of any messianic effect it could have had, say a few years earlier. Perhaps if the local payment services didn’t work at all, PayPal’s entry could have been a bigger deal. But the services already work, frustrating as they might be. The bigger merchants like Konga and Jumia are using them everyday. They may not work as well as they would like them to but PayPal is not perfect either.

Consumers appear upbeat about PayPal’s entry into Nigeria. The local uptake is good, according to PayPal.

“Tens of thousands have signed up to PayPal within the first month of launch in Nigeria” said Malvina Goldfield, head of business development for PayPal in Africa.

Whereas the global payments company is a huge bull’s eye for criticism in the largest markets it serves, there is still relative novelty going on for them in Nigeria. The people TechCabal has interacted with seem pleased with their experience so far.

Kemi Oyeleke, another user, reports a similar experience, but went to to express anticipation that she would soon be able to receive money with the service.

Asides non-support for local merchants, PayPal’s current Nigerian offering is also missing peer to peer money transfer functionality. The deficiency is a major bone that PayPal users in Nigeria have to pick with the company.

“While I’m excited about PayPal launching in Nigeria, I was looking forward to using it as a means of sending money and receiving payment”, said Jesse Oguntimehin, blogger and online media personality.

“I’m a little disappointed that Nigerians can’t do peer to peer for now”. In July, First Bank announced an exclusive partnership with PayPal, the surrounding hype of which belied its true extent. First Bank customers are now able to register with PayPal directly from their internet banking portals and skip the usual verification procedure. Those are where the advantages end, however.

Malvina Goldfield told TechCabal that PayPal employs a phased rollout approach to new markets. While there are assurances that support for peer to peer and local merchant payments will eventually come, the company has refused to commit to a specific timeline.

This is not something they can overlook for too long, however. While Nigerians patronise international sites, local merchants are the primary driving force behind local adoption of any payment service, because consumers are more likely to get on board with the payment options that are available on the local merchant platforms they use the most.

At this rate, PayPal could end up becoming a service used only by a minority who posses the means to patronise international vendors. For local merchants, this spells continued dependence on local gateways and payment hacks.

In fairness to the local payment operators, they have spent the best part of the past few years building out what payment infrastructure exists in Nigeria. However, the general sentiment is that they do not innovate enough. The good news is that we might finally have begun to see some innovation from the local operators.

New platforms like SimplePay,  that claim to offer payment abstractions that work just like PayPal, are beginning to spring up and seek recognition.

For established players like Interswitch, Etranzact and Paga, it’s not altogether clear if these moves were already on the roadmap or are in response to competition from PayPal. Whatever the case, stepping up the game is a mandate, not an option. A change in PayPal’s position on merchant gateway access could turn things around drastically. Oluyomi Ojo probably speaks for most local merchants when he says Printivo will integrate PayPal, “when the service eventually open their merchant gateway”.

Whatever the case, the potential benefits of PayPal’s arrival on the scene could result in an upgrade in quality of service from local players, a net gain for local merchants and consumers soon. But as it stands, the local players appear to have the upper hand. A payment solution is only as good as its user base. As long as local merchants cannot receive payments, PayPal will struggle to achieve critical mass in the Nigerian market.

Bankole Oluwafemi contributed to this story.

More from this series – PayPal Or Paydrain?