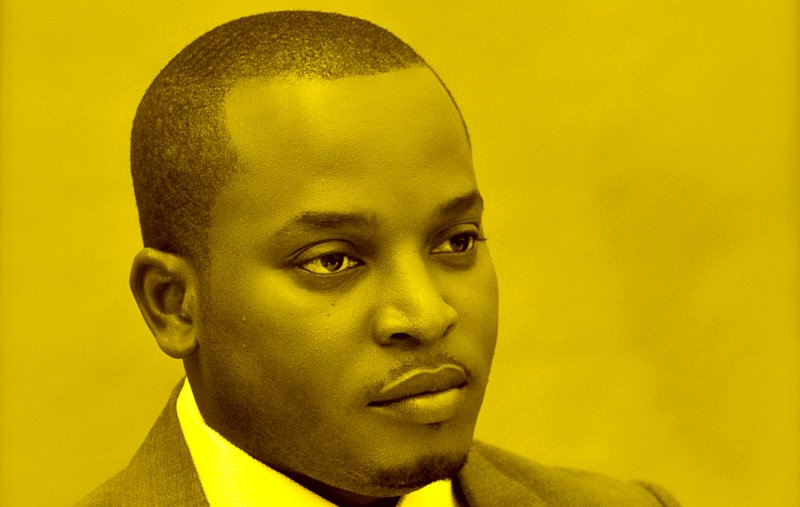 When eLDee’s team won the first edition of the British Council sponsored Culture Shift hackathon, I thought it was interesting, but not much more. They had created a music community app, and between eLDee’s celebrity pull and the developers’ skills, they would have would have been hard to beat.

I opened up Evernote and tried to draw some parallel between Lanre Dabiri — that’s his real name — and Will.I.Am, who is not only famous for creating chart-busting music but also for his strong affinity for technology and innovation. But the idea felt like a stretch at the time, and I wasn’t really convinced. I never revisited the draft.

Then recently, we published based on a tip that eLDee had participated in an angel round of $50,000 for a Lagos-based laundry service with a website. As much as I fought the urge to characterise this development by some more well known Silicon Valley analogy, “Nigerian Ashton Kutcher” is an incredibly functional description that I had trouble resisting.

The interesting thing is after we got talking, I found out, like you will shortly, that eLDee is a much bigger nerd than I could have ever imagined. Probably much more so than actual techies with a badge. I also get the sense that Lanre is a very hands-on type of investor, not the type to throw money down and disappear. From our chat, it’s obvious that his involvement and understanding of the business goes far beyond using his celebrity to push his investments, which already helps a great deal.

Most people who are aware of eLDee see the musician, and the Nigerian entertainment industry where his influence and opinions (also below) still hold quite a bit of sway. But beneath the glitzy artiste veneer is a shrewd businessman with a firm digital/technology grounding. Anyways, enough spoilers, scroll down to the interview already. The eLDee most people know is The Don. Get ready to meet eLDee, The Geek. One final thing — the interview was conducted via IM, so be advised that there are a lot of LOLs in it. And at least one LMAO. It’s 2000-plus words long, so you’ll want some popcorn to go with.

Bankole: So how did you come into this tech thing?

eLDee: I have an interesting tech background, because of my dad, Engineer Mohammed Olatunde Dabiri. My dad owns multiple tech companies, and I once worked with him at MOD Engineering and Speedcom International West Africa while attending the university of Lagos in the late 90’s. At MOD, he set up the first ISPs in Lagos including Nova, Siotel and a few others. Earlier in his career, he was with ITT where he led teams through the digitization of NITEL networks and connecting NITEL to the international Direct Dialing (IDD) global system.

So we were online at home pretty early, and with a 1.2 mbps connection too! That’s why Trybesmen had the first naija artist website ever. I started early, and I’ve kept up ever since. I co-owned an interactive agency (Going Interactive) in Atlanta too for about 6 years. I’m currently developing multiple tech solutions out here, some pretty interesting stuff you’ll see pretty soon.

That’s interesting. Amazing really. It makes sense that you were surrounded by technology from the onset. So what kind of tech solutions are we looking at, the interactive media kind? Software? I’m guessing they’ll have something to do with the internet.

A few SaaS solutions for the music and media industry. A CRM solution for SMEs. A rentals/listing solution. And I have a few behind the scene interests in other online services.

Oh wow. No stereotype intended, but you’ve just said SaaS and CRM. Technology is obviously, incredibly strong with you, and your LinkedIn profile agrees. But so is music. How come music won out? And if you think my assumptions are off, please feel free to disagree.

Music is what the outside world is familiar with. But the people close to me know I’m a techie at heart. I started with Ataris back in the eighties. I mucked around with DOS in secondary school. E don tey (it’s been a while), LOL.

I’m less of a programmer now, even though I’m familiar with a few languages. I see myself more as a designer than a developer.

What languages please? For the fans dem

LOL. C, C#, php, java, Actionscript, .Net. I also spent a lot of time doing object oriented design after moving to the states. Plenty of web design – HTML, CSS, all that good stuff. Here’s a link to something I did from back in the day. A project from 2006 that won awards, including “Adobe Site of The Day” in November 2007.

Yes. I also dabbled into Flex for a bit before I moved back to Nigeria. I lived in Atlanta between 2003 and 2009.

Shhhhh!…lol. Sadly I don’t have an online portfolio. I also developed the first CNN Radio website. This is a lot of stuff. Who’d have thunk? Like you said, people that know you

Right. So much more stuff that I cant even remember now, but yeah. I’ve kept that side quiet. So yeah…Washist. How did you hear about it?

I thought it was another weird startup when I first got the PR email, so I asked around. My sources (whom I won’t disclose for obvious reasons) led me to believe that this one was different. Oluwafemi’s involvement was all it took really, but when I got wind of yours, I became super interested

It’s an interesting concept, a pretty obvious one, but our culture teaches us not to be innovative. Washist is by far the simplest of the services we are building, yet it has mega potential, and we have all our ducks in a row at the moment. I stress to my partners that we start small and scale with caution, understanding that many have failed before us. It would end up being more of a logistics nightmare if not properly planned, which is typical in Nigeria for obvious reasons.

We have a solid team and we have worked out all the kinks so far.