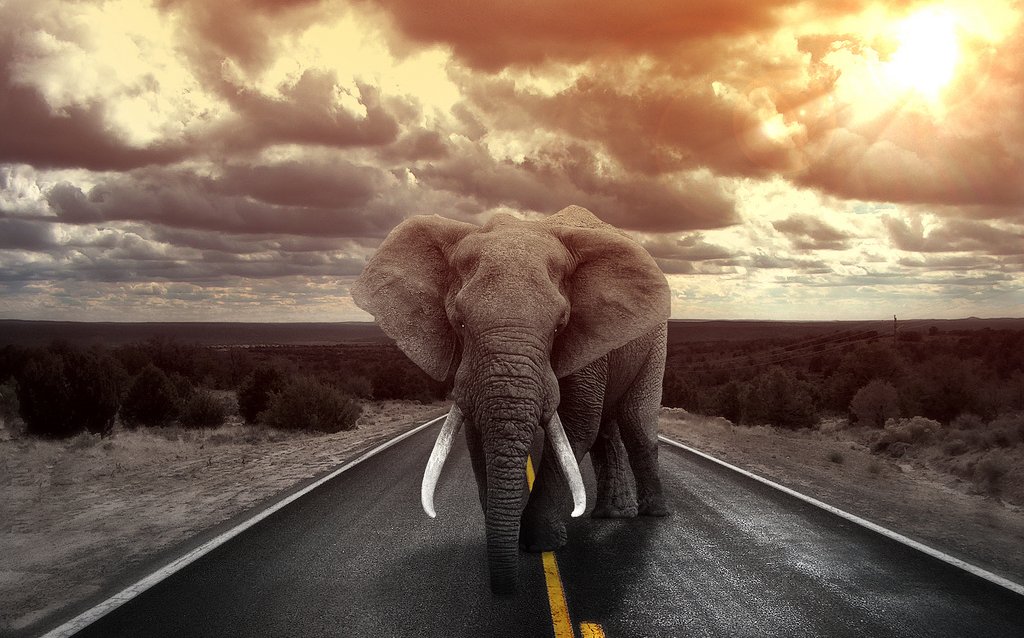 I attended the Intel Developer Forum in September. Visiting the Mecca of Tech for the first time was great. But at the event itself, I couldn’t help feeling out of place.

At first, I thought it was because as far as geeks go, these IDF guys are ubergeeks. I probably would have been more at home at a TC Disrupt type event where the insanity of Yo, Uber for X and other technology startup arcana were on the agenda. Conferences like IDF are, however about getting under the hood of how things – technology – are made. I’m willing to bet that 90 percent of the participants were familiar with the innards of electronics like a surgeon, human anatomy. A lot of it was fun but mostly over my head. But my fish-out-of-water feeling actually ran deeper than simply being out-geeked. It was the fact that in the crowd of developers and makers who were there to showcase their work and discuss the future of technology, Brett from HTXT and I were probably the only people from Africa. And we were bloggers.

All the stuff on display at IDF – augmented reality, connected cars, internet of things, artificial intelligence, human-machine interaction – those are the things the future is made of. These people were – are making the future. One of the Intel Edison beta projects (which aim to demonstrate the board’s possibilities) is a smart appliance with optics connected to a cloud database that can help a user make healthier food choices. If scanned meal is healthy, cat nods approval. If not healthy, cat not happy.

I left San Francisco with one question that continues to niggle. How much technology does Africa make?

We used to be able to make things. But by a fateful roll of evolutionary dice, we have leapfrogged clear over the Industrial revolution and found ourselves right in the Information age. Industrially superior and without notions of a prime directive, the colonialists found us willing consumers of their mass-produced creations, stunting existing and potential capacity to produce. Then, we sold crops and slaves in exchange for mirrors and guns. Now, we give our oil and minerals in exchange for phones, cars, computers and generators.

At one point though, Nigeria looked like it might actually advance industrially. Agriculture, the post-independence economic mainstay was blooming, and developments in manufacturing looked promising. The imperatives of the civil war in 1967 through 1970 inspired the Biafran side to develop modern weapons with material forged locally. The Biafran-built submarine, tanks and even an effective adaptation of the Howitzer are currently on display at the Civil War Museum. In 1975, we assembled vehicles locally and in 1979, the now beleaguered Ajaokuta steel rolling mill – supposedly the largest in West Africa, was commissioned by the Shagari administration.

Unfortunately, it was around the same time that Nigeria’s crude oil output began to burgeon and the taste of easy money, in unprecedented quantities, turned the leaders into crazed kleptocrats. All assays at progress and innovation were abandoned. Things really went downhill from there.

Skipping the industrial phase of development has come at an incalculable cost – we never acquired significant industrial and manufacturing capacity, talk less of equipping future generations with scientific knowledge and skill. At this rate, we’ll be stuck with consuming technology, never making it – doomed to live in a future that we did not help create.

How do we get out of this rut?

That is a tough one. Our schools might have gotten good at teaching people to read and write, except that none (but the most expensive ones accessible to one percent of the population) even assay to impart the first principles of science to their charges. Solving the problems of the world is impossible for people who don’t understand how it works at the fundamental, atomic level.

If Africa is to catch up with the rest of the world, it will need to experience its own industrial revolution. For that to happen, Africans will need to learn to make things again. I am aware of the beginnings (or is it a renaissance?) of maker culture in Africa. While I haven’t had a chance to engage directly with them…yet, I am familiar with the work of people like Emeka Okafor and his involvement in Maker Faire Africa; Erik Hersman, whose work with the BRCK speaks volumes.

“I think one of the things we do have going for us is what we call jua kali in Kenya”, says Erik. “This side of the road low-tech making and fabrication which quite frequently has a great deal of ingenuity and originalness behind it”.

Erik is in fact in the middle of a new project called Gearbox, a makerspace where Kenyan developers will learn how to build things and interact keenly with hardware.

Sure enough, similar makerspaces are springing up. In October, General Electric’s Lagos Garage admitted its first cohort of hardware trainees who will gain hands-on experience with maker hardware and rapid prototyping tools. While the Island setting is too gilded for my taste, it is something, a beginning that can be built on.

Recently, the more accessible Co-Creation Hub on the Lagos Mainland is moving further afield from its coding roots and dabbling in hardware. Its partnership with Raspberry Pi is not just manifesting in community events but also in private efforts — whether its one individual finding a hack to make a better CRM or a hot startup prototyping hardware devices for use in its proof of delivery offering.

But let’s stay focused here. We’re trying to start a revolution, right? If an industrial revolution is the objective, all of the above are but tottering steps. The real challenge will be getting the ‘spirit of making’ into the drinking pool; into hearts that are young and brains that are still malleable. Once upon a time, there was a Malawian boy named William Kamkwamba who did something remarkable that would change his life – he built a windmill out of scrap material just by looking at a picture book. Things have changed a lot since then. Now children can learn a great deal about how they can affect their world with technology using Raspberry Pis that don’t cost a lot more than picture books. Want more power? For just a little more, they can do amazing things with Arduinos, Galileos and Edisons.

Local non-availability of parts and the need to source components abroad has been one of the biggest banes for makers in Africa. Increased and active local presence on the part of players like Intel, GE, and IBM could ensure that soon the tools makers need are easily accessible.

The real coup would be when we have grown enough local capacity to commence fabrication of  components locally so that an enterprising young man like Silas Okwoche won’t have to go all the way to China to build his mobile phone prototypes. Or Erik to Texas, to make BRCKs, because even though they are designed and engineered in Kenya, government regulations on component imports undermine sustainable production. But you know what would really be cool? When we get to the point where this knowledge is taught in regular schools, every single school day. As Erik was kind enough to point out to me, there are already maker initiatives that specifically target kids. There are quarterly kids hacker camps at the iHub in Nairobi. Fundibots in Uganda aim to show young roboticists that science and technology is not just for billionaires or nerds. The CcHub’s Bot Club gives high school students in the area what is often their first taste of practical science.

I couldn’t agree more with Erik when he says that while they might be building Gearbox today, he hopes its the foundation that kids can build and succeed upon in the next ten to twenty years.

So imagine if we started now? With toddlers, and went on for the next twenty years? Can you imagine how that would shape Africa’s future? The world’s?

I wonder what they would make.

I’d like to thank Emeka Okafor, Erik Hersman and Oo Nwoye, for their insightful comments, Ozoz Sokoh, Yvonne Iyoha and Seyi Taylor for reading through the early drafts and helping to make this a coherent piece, and to Cheta Nwanze, for his Biafran tank image.

Elephant in the road photo credit: herrhaase via Compfight cc