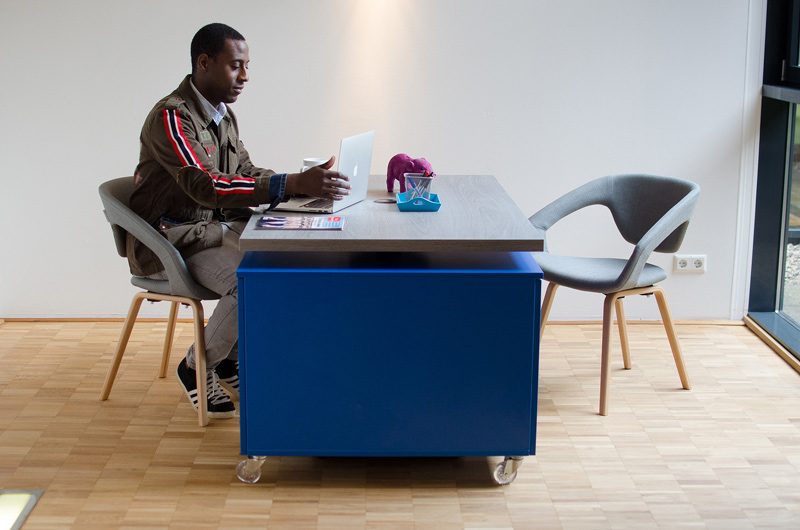 Like most technology hubs across Africa, Cameroonian ActivSpaces offers co-working facilities, which are “free to entrepreneurs who are actively working on a startup”. With its Activation Bootcamp announced in January however, the hub is igniting its incubator/accelerator element.

ActivSpaces is recruiting startups into an intensive six-month programme in 2015 — the applications are closed. The ones that get accepted will gain not just access to the hub’s facilities, but will also receive investment from the hub, valued at 4.6 million CFA — that is just over USD 8,000.

Not all of the investment is in cash (link is in French), however. The actual cash payout is one million CFA, or just under USD 2,000, which will likely go to the startup founders’ upkeep and operational expenses. The rest of the package is provided in the form of office space, legal services, marketing and consulting, business coaching and more.

Viewed against the backdrop of a number of recent Afrihub trends, ActivSpaces’ latest model is an interesting take on African technology hub sustainability, which  has become a burning topic of late. The early and still prevailing practice for African tech hubs was to run them as grant-dependent non-profits. However, as grant monies dwindle, other approaches are being considered.

Tayo Akinyemi, director of Afrilabs, a pan-African network of technology innovation hubs writes that hub sustainability is a ubiquitous problem for the 200 odd tech hubs across Africa. While events, consulting and services are currently popular revenue models, African tech hubs must innovate or die, she says.

Erik Hersman, one of the iHub’s founders (he remains an advisor) has gone on to co-found the Savannah Fund, a pure play startup accelerator, which by definition is for profit, although profit is not guaranteed. In 2014, the Co-Creation Hub began to take seven percent stakes in consideration of $25,000 investments in select startups. The same year witnessed the arrival of Lagos-based Passion Incubator, which provides amenities, coaching and business development and no cash in exchange for equity in the startups it accepts, leading me to dub their model “cashless acceleration”.

Alignment with powerful corporate entities with strategic interests, and even the government  has also proved to be a durable, if not replicable strategy for a few hubs in Africa. Ghana’s Meltwater Entrepreneurial School of Technology, which since its inception in 2007 has been funded by the Meltwater Foundation did a July 2014 sponsorship deal with Interswitch that enabled the incubator expand its programme to Nigeria. South Africa’s Silicon Cape received R3 Million (just over $250,000) from First National Bank. The Bank, which is renowned for its bleeding edge progressive stance relative to its contemporaries is said to be keen on creating goodwill with the ecosystem that will allow it bank its entrepreneurs as well as tap into the innovations that emerge therefrom. Nigeria’s iDEA hub, which sits in the shadow of the more renowned CcHub is the offspring of the ICT and communications ministry in concert with Google, Nokia, Microsoft and more.

But a more creative, less beholden approach to tech hub sustainability is apparently what ActivSpaces, one of the founding members of Afrilabs, is attempting here. Of the 4.6 million CFA it will book as the commitment toward each startup in the programme, 3.6 million is not cash, but services. Of course these services are real and valuable, especially for first-time founder. But the resulting vertical integration and economies of scale are, in theory, where profit should be realised. The space and amenities are a sunk cost and were already free for members anyway. Legal services would be handled by one law firm. The same cost savings would accrue for the business coaching, marketing and consulting functions.

To recoup its expenses and theoretical profit, ActivSpaces will levy a 5-10 percent quarterly “tax” on gross revenues, till the startup discharges its “debt” in full. It is instructive that there is no mention of taking equity in the startups, reinforcing the idea that this facility is in fact a loan with rather benevolent terms.

Ryan Yoder, executive director at Activ Spaces Association, confirms this and adds two other reasons why ActivSpaces is using revenue-based financing instead of asking for equity.

“We are working with very early stage startups, and asking for equity will reduce the amount of equity they can offer to a potential investor, which will make their startups a less desirable investment. We also believe that for our investment to pay off, they will need an outside investor to help them scale. If things work well, Activation Bootcamp will create highly investible startups. We will help them secure an investment, they will scale, and they will pay us back quickly.

The second reason we are using revenue based financing is because one of our biggest risks is creating a successful small business. ActivSpaces, and many other hubs across Africa, have been very successful in doing this. Unfortunately, if an investor takes equity, and the company plateaus, there are few options to make their money back. Royalties however, offer us some limited protection in this case.”

The revenue levy clause only kicks in when the startups achieve revenue. Although, it is not clear how this would work for revenue-generating-but-cashflow-negative startups. Acknowledging that this is a common question, Ryan says that the royalties the royalties that the startups pay should be thought of as a cost of doing business. “Cashflow-negative companies still pay bills, including royalties”, he says. He also confirms that ActivSpaces is prepared to write down the costs for the startups that don’t make it.

If a startup succeeds, some of the leftover 3.6 million CFA will be clear profit. If enough startups succeed, would ActiveSpaces have created a sustainable incubation model that would go a long way to ensuring that the gesture remains available to future startups? Ryan is quick to point out that this is only one piece of their sustainability model, and that it is in fact high risk.

“If startups don’t scale, the repayment will take years, and in the end it won’t be profitable. It’s also quite possible the startups will fail and never pay back the investment amount.”

Perhaps other hubs should not rush to copy ActivSpaces just yet. But they should nonetheless observe with keen interest to see what happens.

At any rate, the pipes of philanthropy are not quite dried up yet. The Cameroonian hub recently received a 36 million CFA ($65,000) grant from the trinity of Hivos Foundation, DOEN Foundation and Indigo Trust via the “Joint Hub Fund” vehicle that is benefactor to technology hubs including iHub (Kenya), Hive Colab (Uganda), Bongo Hive (Zambia), RLabs (South Africa), iSpace (Ghana), Jozi Hub (Johannesburg) and Hypercube Hub (Zimbabwe). Launched in June 2014, the fund will disburse a total of EUR 373,000 ($445,000) for the 2014 – 2015 cycle. That should keep things going for a while.