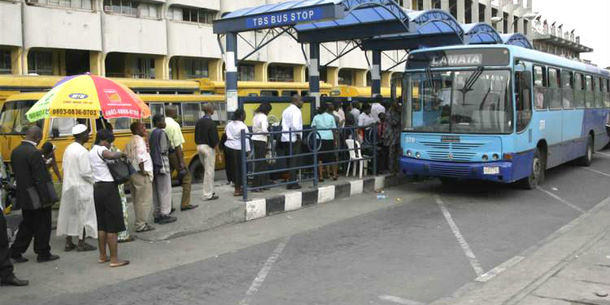 Transportation is an essential aspect of humanity – people and goods/services have to move from point to point in the real world. In places like South Africa, India and the ‘developed’ world, there are several solutions that are leveraging technology to change, improve and disrupt transportation, down to the last mile.

The good thing with these examples is that the businesses disrupting the space have a critical ally: adequate (scalable) public infrastructure. Nigeria does not have ‘okay’ infrastructure, by any stretch. The roads suck, the airports are a mess and the waterways are either polluted or dangerous.

Across Nigeria, the state of infrastructure, or lack thereof, can rest anywhere between okay and unusable at any given point in time. In Lagos, for example, entire roads are often so deplorable that people just don’t bother to use them anymore. In stark contrast, a lot of the roads in Abuja, the capital city, are world-class highways. Tech cannot pave roads.

There’s also the thing about Nigeria’s airports and ports that are riddled with operational inefficiencies, corruption and dying assets. Airlines have been reported to issue handwritten boarding passes to passengers while tales of delayed flights are standard gist on social media and in the newspapers.

In the South South, where it is pretty much the same as with Lagos’ public transport system, the inland waterways are underdeveloped and often forgotten in the “optimise transport” conversation. Outside the South, there is little to no development at all. Obviously there are no tech startups targeting this segment because there are no functional passenger ports, docks and other inland waterway infrastructure.

Nigerians transport themselves by road, mostly because there are simply no other options that are as accessible to the average Nigerian. This doesn’t make sense because for a country of Nigeria’s size and geographical peculiarities, there should be better development in other transportation verticals. Tech cannot magic these things away.

If you live in Lagos, Nigeria, it’s easy to think the rest of Nigeria is just as seemingly overdosed on caffeine and everybody can get Uber rides but you couldn’t be any farther from the truth. There’s a reason why very, very few transportation-focused startups are operating (or scaling) outside Lagos. And that is not to say there are very many of these startups/companies in the first place. Most of the startups in the space are focused on logistics and last mile delivery – and even at that it’s difficult for them to scale because of slow internet speeds, lax consumer education, bad roads, inconsistent power, among several other infrastructural problems.

Perhaps because there’s been a line of failed Nigerian ride-hailing startups, there aren’t any notable Nigerian players in the space at the moment. With a largely informal, unregulated public transportation system (some parts of Nigeria don’t even have public transport systems), even big name companies like Uber are yet to hit the mainstream and remain a luxury service for only those who make enough money to buy smartphones and take N1k+ cab rides when a danfo trip would only cost a quarter of that.

Thanks to their price points, widespread familiarity (with motorcycles), relative ubiquity (they can beat traffic and almost no roads are off limits – paved or not) and low barrier for entry, startups that are best positioned to scale or make some meaningful headway in Nigeria’s transportation space are most likely the Okada-hailing services like Max and Gokada. Only because [amongst vehicle types] motorcycles are least affected by a dearth of infrastructure.

There are no bus aggregating services (there’s Oya.com.ng but they own vehicles and Bus.com.ng which is only available on desktop), no traffic information/support services (there’s TrafficButter and GidiTraffic but these are for people with smartphones), tech-based self-drive rental services and on-demand roadside assistance services for one reason: poor/nonexistent infrastructure. Technology cannot solve any of Nigeria’s transportation problems (and there are many) if the basic infrastructure, which innovators are supposed to build these systems on, are not in place. 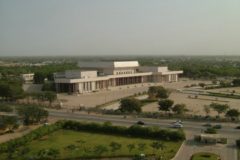 Young Chadians are already defying a tough business and political environment to build a budding though nascent startup ecosystem. Chad is considered one of the most difficult countries to build a startup. The country ranks 180 of 190 in ease of doing business. Another thing is Chad’s food security problem. The country ranks 110 of […]