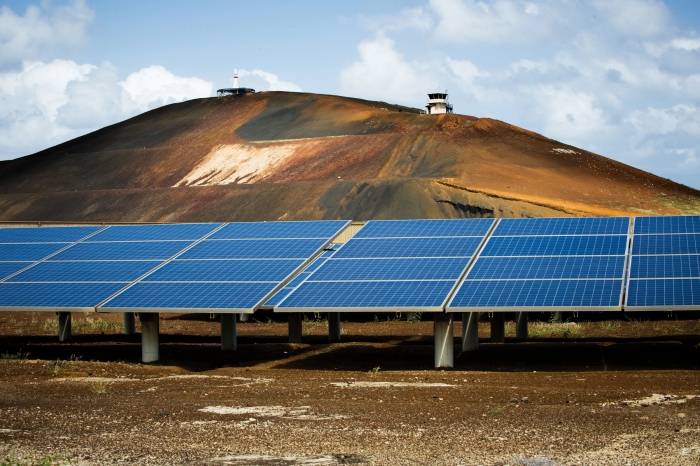 Solar home systems are expected to bring basic electricity services to an additional 70 million people in Asia and Sub Saharan Africa between 2017 and 2022. In the same period, off-grid capacity is also expected to almost triple reaching more than 3,000 MW in 2022 within the region. On the other hand, solar system sales in Africa is expected to grow to 17 million units in 2030 from 3.5 million in 2014. One of the factors fuelling this growth is access to financing especially via pay as you go (PAYG) solar systems. The PAYG model is powered by mobile money technology for which Africa is renowned as a leader.

As of 2016, half of all mobile money accounts in the world were held in Africa, according to the GSMA’s ‘State of Mobile Money’ report. Over 100 million Africans held an account in the same year according to the same report and the figure continues to grow. Mobile money enables Africans who are unbanked connect to the financial system and the digital economy. Half of the adults who own a mobile money account in Africa do not own any other type of account.

Mobile money platforms allow PAYG solar companies to automate payments so that customers do not default on payments. In a study by the IFC/World Bank Lighting Global program, 15% of the customers in one PAYG model paid for their purchase in full in less than 30 days as against the 70 days available to them. Mobile-based payments also make it easier for companies to communicate with customers via SMS either for payment reminders or for after-sales services. SMS is a far more wide-reaching digital platform for communication in a continent where only 35% of the population have access to the internet. GSM technology is also embedded in some solar systems allowing the company to lock and unlock them remotely. Although mobile money fees can add a slightly significant amount to the total cost of solar system payments to customers, the platform reaches those in the off-grid region in ways that alternative platforms cannot.

Kenyan solar energy company, M-Kopa is one of those who use the pay-as-you-go business model. As of January 2018, it had connected 600,000 homes to solar power. The company which was founded in 2011 by Nick Hughes, Chad Larson, and Jesse Moore had sold about 400,000 systems in Kenya, Tanzania, and Uganda by end of 2016. So far the startup has raised about $162 million between 2011 and 2018 with its latest round being $10m from CDC Group.
M-Kopa uses the pay-as-you-go business model enabling customers to pay in installments using M-Pesa. It recently signed a deal with Mastercard that allows customers to pay using the Masterpass QR codes. Customers pay $35 upfront for its solar kits which includes a solar panel, two LED bulbs, an LED flashlight, a rechargeable radio, and adaptors for charging a phone. They then pay about 45 cents daily for a year after which the solar kits become theirs.

Located in Accra, PEG Africa provides solar systems to customers in West Africa specifically Ghana & Ivory Coast. The company which was founded in 2013 by Hugh Whalan and Nate Heller has already raised about $22.5 million between 2015 and 2017. As of 2017, the startup had about 300 staff members and was reaching about 200,000 people.

The startup targets off-grid customers, many of whom earn between $5 to $10 daily, with its solar kit comprising a battery, an 8W solar panel, two lamps, a torch, a radio, and a phone charger. Customers pay an upfront fee of about $30 or $35 and then they will make daily payments using platforms like Tigo Cash over the course of a year until the kit becomes theirs. When they make their payment in full, they are then eligible for credit for additional products such as efficient cookstoves, smartphones, and solar-powered TVs.

Previously called Off-Grid Electric, Zola Electric is a clean energy company founded in January 2012 by Xavier Helgesen, Erica Mackey, and Joshua Pierce. Within two years, the company already had about 25,000 customers in Tanzania and had plans to grow it to 100,000 after receiving a $16 million investment round.

In order to get access to its solar system which comprises panels, lithium battery, super-efficient lights, and a meter, customers need to pay a $6 installation fee. To use it, customers are then required to make a monthly mobile payment of about $5 to $10 a month. M-Pesa powers the mobile money payments for Zola Energy and in 2015 it was reported to be integrating with Airtel Tanzania.

Another solar company operating in West Africa, Lumos Global was founded in Israel in 2012 by Nir Marom and Davidi Vortman. The company raised a $90 million funding in 2016 from OPIC and PRIF to provide its solar systems in Nigeria.

The company has partnered with MTN in Nigeria to enable customers to make installment payments using their mobile phone credit. This payment is done for about 5 years after paying an initial commitment fee which gives them access to the solar system. The customer then owns the system after completing the installment payments.

Customers first pay a small one-time installation fee for the solar home system after which they are required to purchase a scratch card, or use an integrated mobile money service to top-up their unit. After 18 months of top-ups, customers are able to pay off the cost of the system thereby making it theirs. In Tanzania, customers can make payments using mobile payments platform Tigo Pesa.

Conclusion
While there are still a number of other pay-as-you-go solar companies operating in Africa, these few examples show how start-ups are using mobile money to deliver solar financing. Mobile money and mobile technology, in general, provide an exciting opportunity for electricity to reach 490 million Africans who live in off-grid areas. For a number of them, the PAYG solar systems will be their first time owning a mobile money account. A CGAP report found that 30-50% of PAYG customers outside of Kenya had not used mobile money previously and signed up for the first time in order to pay for solar systems. Mobile money payments for PAYG solar systems also help people build a formal credit history with which they can access other credit solutions. As mobile money penetration continues to grow, it will keep on providing an opportunity for pay-as-you-go solar companies to take power to more rural Africans who lack access to electricity. 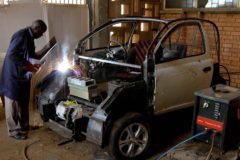 For EVs to work in Africa, there needs to be enough reliable power and electricity prices that reasonably low enough.