Watch out, Transsion: Samsung and Nokia are coming 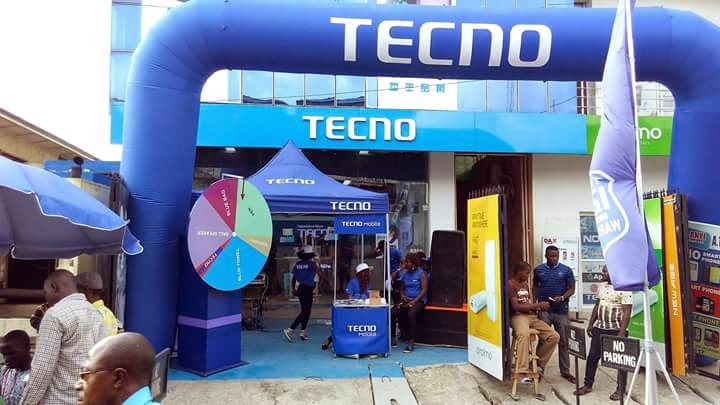 For many Africans, their first contact with a smartphone was a Transsion Holdings device. The company owns the Tecno, Infinix and Itel phone brands. Most of these devices are quite affordable (read cheap). One of Transsion’s oldest smartphones, the Tecno N3 released in 2012, retailed for just $81 or N12,956 ($1 equalled N159.95 in 2013).

Considering that Africa is a low-income region, Transsion concentrated its effort on the low-end market. Its smartphones typically retailed for less than $400. Their devices mirror premium ones in terms of design and size, offering users the perception of elegance at a good price.

Thanks to their low cost and early adoption of the Android OS, Tecno, Itel and Infinix showed people the power of the smartphone and helped to usher in the high smartphone adoption rates on the continent.

Over the last eight years, Transsion has established itself as the biggest smartphone company on the continent. It controlled 34.4% of the African smartphone market in 2018. For the first 9 months of 2019, it posted revenue of $2.4 billion. The company said it has made over $334 million in profits, this is three times what it made in 2018.

According to the latest smartphone data from the International Data Corporation, 22.65 million smartphones were sold on the continent in the third quarter of 2019. Transsion accounted for 36.2% or 8.2 million smartphones sold during this period, 100,000 more than the previous quarter.

But Transsion’s lead in the market is being threatened as big brands are now adopting its strategy of selling low-cost devices.

But since 2018, big brands are increasingly trying to break into Transsion’s stronghold. They are flooding the market with powerful devices that are sold for less than N90,000 ($250).

Xiaomi has the budget and midrange devices under its Mi and Redmi series. Samsung 2019 A series include the A10, A20 and the A30.

Meanwhile, Nokia is mostly focused on the budget phone market. Since HMD Global acquired the Nokia brand in December 2016, it has produced over 20 devices, but only one, the Nokia 9, retails for more than $600. The Nokia X6.1, a popular device which has 64GB storage, 6GB RAM, and runs on Android One, sells for just N52,000 ($143).

But here’s the thing, even though these devices are low cost, they are very powerful and pack a number of impressive features.

Perhaps more importantly, the device runs on Android 9 and is part of the Android One programme, meaning it will receive periodic OS updates including critical security patches from Google when they are available.

Now let’s compare this with Transsion’s Tecno Pouvior. Also released in 2019, the Pouvior comes with a 6.2-inch screen, 2GB of RAM, 32GB of storage, 4G LTE, 13 megapixels cameras, 1.28GHz processor speed and uses the Mediatek processor. It runs on Android 8.1.

So it’s not surprising that the availability of premium devices at affordable prices is beginning to make an impact. According to the IDC, more people bought low-end devices ($100-$200) in Q3 than Q2.

“Samsung shook the market up this year with the launch of its new A series of devices,” said Taher Abdel-Hameed, a senior research analyst at IDC. In Q3 2019, Samsung recorded 61.4% growth in the sales of its low-end devices.

Nokia is also growing. According to research by Counterpoint, Nokia was the fast-growing brand in Nigeria in Q2 2019. “The growth came from sales of Nokia 2.1, 3.1 Plus, and Nokia 6.1 Plus”, Counterpoint said.

So why are people now willing to buy phones from more expensive brands like Samsung? Isn’t obvious?

People want premium but can’t afford it. They want innovative designs, bigger screens, better cameras, 4G support, software updates, stronger brands, better experience and other trendy features that Transsion may not be big on. Big brands have latched on to this and now produce high-quality devices at affordable prices.

Going forward, this consumer trend may continue. It will be up to Transsion to tweak its plans and offer people better options. If it doesn’t, other companies may squeeze it back to focus on the feature phone market.