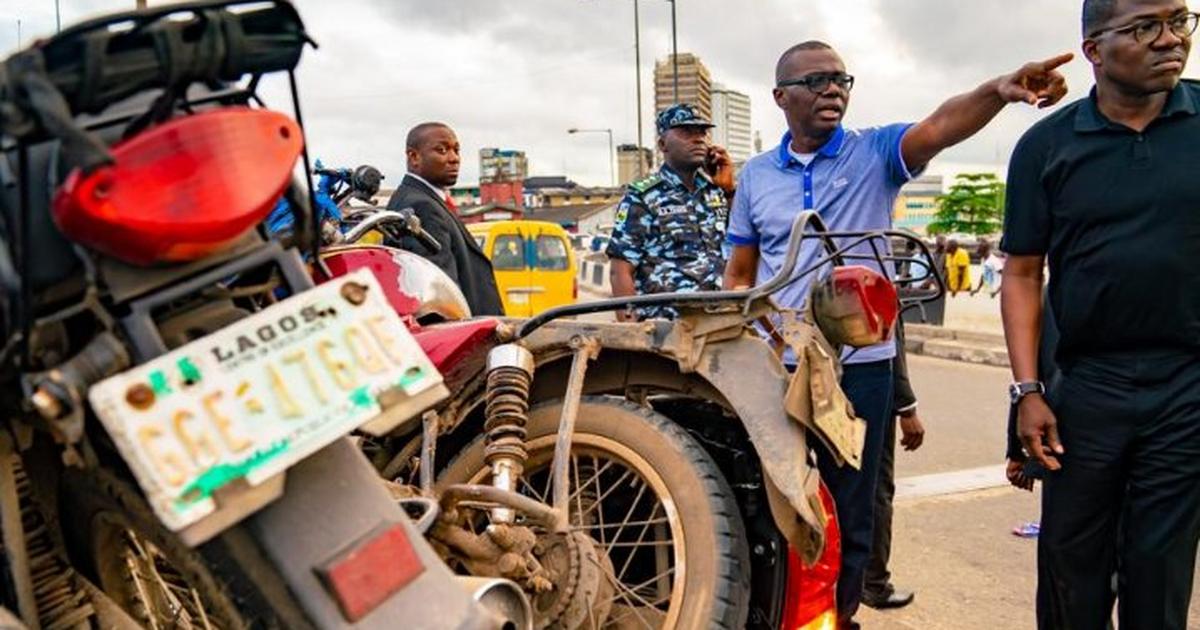 There are three things I never joke with: God, family and Lagos traffic. I dread the Lagos traffic. But I would have thought that in the face of innovation and modernisation, traffic in Lagos wouldn’t get any worse.

I was wrong. And the impact of the Lagos ban on motorcycles (okada) and tricycles could have far-reaching implications than I thought.

On Tuesday, January 27 2020, the Lagos state government announced a restriction on okada, tricycles, and, by extension, bike hailing services.

The restriction went into effect less than six days after on February 1.

The government claimed it had genuine reasons to impose the ban at this time.

The top concern was safety. Citing records over the last decade, Dr Taiwo Salaam, the Permanent Secretary at the Lagos State Ministry of Transportation, said motorcycles killed over 11,000 people in the state between 2011 and 2019. Dr Frederic Oladeinde, the Lagos Commissioner for Transport, said at least 600 deaths between 2018 and 2019 are attributable to motorcycles.

Security was another issue. Within the last ten years, Lagos has witnessed an influx of informal okada riders from other Nigerian states and even neighbouring countries.

States in northern Nigeria have imposed motorbike bans to fight off banditry and other crimes. These states include Kaduna, Kano, Kebbi, Katsina, Sokoto and Zamfara. Abuja, Nigeria’s capital has also banned motorcycles and tricycles from operating in the city centre, restricting them to satellite towns and some large estates.

Meanwhile security is a hot political issue for Lagos and other states in the South West region of Nigeria. In the last few months, the region has sought political backing to operate Amotekun, a regional security outfit, and believes troublemakers from northern Nigeria are behind many of the crimes committed in the region in recent times.

So from the Lagos government’s perspective, the ban is apt. It also fits into the faux status of Lagos State.

“Lagos is a megacity. You don’t build a megacity on two-wheelers and tricycles,” Oladeinde explained. “It has never been part of our planned strategic master plan for Lagos.”

But there’s a problem: Lagos has a number of obvious issues that make its “megacity status” a joke.

Residents have turned to self-help measures as security is lacking and the police are more concerned about extortions. Racketeering by thugs goes on in the open, especially against okada riders.

The roads are bad in most parts of the state even in highbrow neighbourhoods. A decent rainfall usually shuts down the city for the rest of the day. Every other day, traffic is the true symbol of Lagos, with people losing productive hours on the road.

Okada and tricycles had helped to offset the worst of the Lagos traffic. So when the government ban went into effect in February, it disrupted the entire transportation system of the state. From having multiple transportation options, commuters now have only four: drive their own cars, wait for the bus, take the boat or order an Uber/Bolt.

The implications of this ban are multifaceted.

Bike hailing services are a major victim of the traffic ban. MAX, Gokada and OPay have each raised significant funding from international investors who believed that Lagos is a promising market.

But the Lagos ban on motorcycles could destroy millions of dollars of investor capital. It would also enshrine a negative view in the minds of investors about doing business in Lagos state.

The most significant impact is the sudden and huge unemployment it has caused.

There are easily over 6,500 okada riders working with MAX, Gokada, and OPay. There are also over 50,000 tricycles and informal motorcycle riders who operated in the now restricted locations.

Popular elitist and government sentiments are that “many” of these bikers are involved in crimes. However, the number of criminals among them may be smaller than what the government believes. This is true especially for bikers affiliated with bike hailing services since they collect identity information of riders.

Regardless, every one of these bikers has suddenly become unemployed as a result of the state government’s ban.

Although the Lagos ban on okada does allow bikes with 200cc to operate in some parts of the state, the route is too restricted to be valuable.

On-demand bikes are valuable, among other things, because they can transport passengers to relatively long distances within Lagos. But with only a few routes to operate in, customers may not bother to use them anymore.

The relationship between unemployment and crime is no joke. Lagos already has an unemployment rate of 14% according to the Nigerian Bureau of Statistics. But it will go higher with the recent ban.

With Okada ban, crime and insecurity could increase

There’s little doubt that this will impact insecurity problems in the state. Within five days of the ban, there were at least three riots and protests in the state.

The possibility for more riots will only go down if the state relaxes the ban in some of these areas. If not, small crimes like pickpockets and bag snatching would be more common and serve as a precursor to bigger crimes like arson and home invasion. It is existential.

Away from crimes and unemployment, the ban has made traffic in Lagos worse

It is unrealistic to believe that buses alone will solve traffic problems in the state. Buses are struggling. They are few, overcrowded and there are now too many cars congesting the road, amplifying traffic problems. Buses also have fixed routes and do not operate on inner routes.

This is why bikes and tricycles became popular in the first place.

Since the ban went into effect on Saturday, February 1, 2020, residents have struggled to move around.

After years of reliance on bikes, the ban suddenly left people stranded and confused about how to get to work the following Monday.

Transportation in the state is now more expensive. Bus fares have increased and prices on car-hailing services like Uber and Bolt have surged as demand increased.

Now people are losing more productive hours looking for public buses. And when they do find a bus, the struggle to enter the bus would lead to intense and ghastly tussles between commuters. Old rush hour behaviours such as pushing and fighting to enter buses are re-emerging in more locations including at unexpected ones.

It is becoming a horror show that may adversely affect productivity in the state. In a country where mental health is already low, these traffic trends could have an even greater impact on the wellbeing of Lagos residents.

One in four Nigerians, or over 50 million Nigerians, are suffering from mental illness. In 2018 alone there was a 22% increase in the number of new cases. Nigeria also has Africa’s highest reported cases of depression and ranks 15th globally for the frequency of suicides.

These are gory figures and they highlight why life expectancy in Nigeria is an abysmal 53.43 years. The Lagos ban on motorcycles and tricycles could seriously affect the mental health of residents in Lagos state.

The government appears to be unanimous on this decision. Powerful transport unions in the state, including the National Union of Road Transport Workers (NURTW), are struggling to convince authorities to back down.

Dr J.O Spencer, the Head of Special Duties at the NURTW, said the union had no comments. Comrade Nana Yakubu, the secretary of Nagari Nakowa Motorcycle Owners and Riders Association of Lagos (NNAMORAL), said his union is still speaking with the government over the issue.

The Lagos Commissioner of Transport confirmed that the unions have been pleading. They come pleading every time the government tries to get firm against their operators.