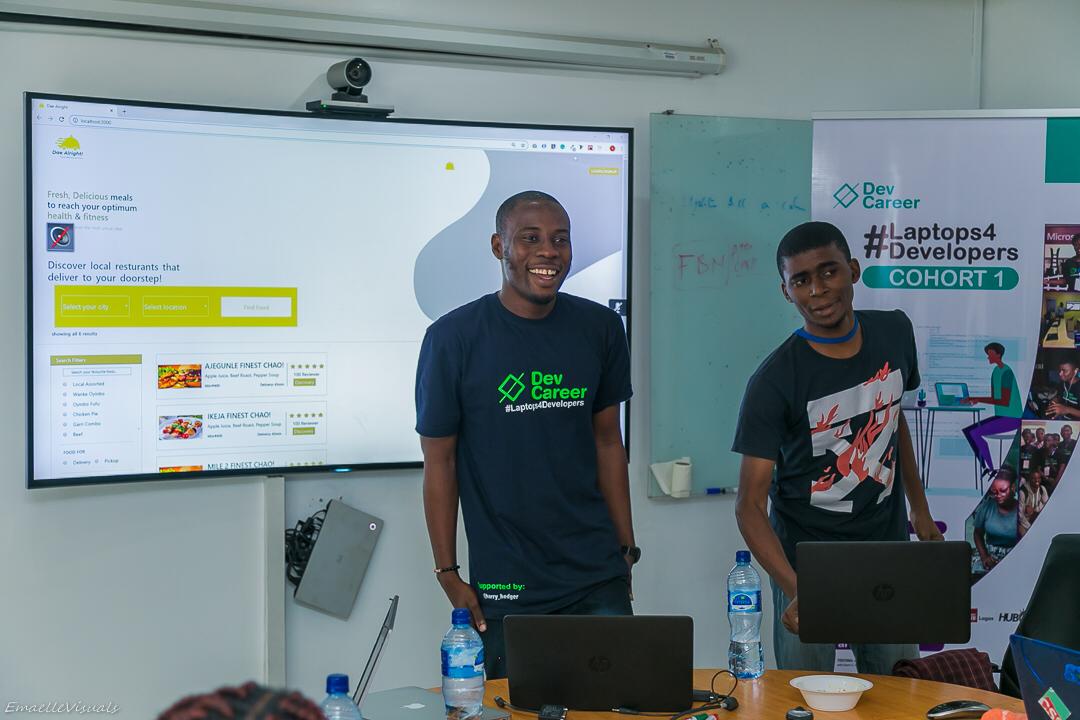 DevCareer’s founding is equal parts providence and pragmatism. After its founder, Sultan Akintunde, a Nigerian software developer gave out free software development courses on Twitter, he found that tracking progress for recipients was difficult.

Beyond giving people access to training,  there are other problems. Prospective developers in Nigeria might not have access to laptops, the internet or places to learn.

While Andela, Semicolon and Decagon might be bridging this gap, they are not free. DevCareer provides training and allows trainees to work out of partner hubs like CCHub and ImpactHub for free.

How is DevCareer providing training for free?

From a drive to provide laptops for developers, Sultan Akintunde and DevCareer now have a wider remit.

Apart from donating money, the public also needed someone to hold accountable and there were also many questions.

Are we giving laptops to people who need them? Now that they have laptops, is that where our involvement ends?

Today, DevCareer has become bigger than laptops for developers. It trains world class software developers who can solve problems in Africa with tech.

Now in its second cohort, the company will train 50 people over the next few months.

For its first cohort, DevCareer raised £5000 ($6437) and trained 22 developers across three states in Nigeria.

The company picks participants using a mix of methods like aptitude tests as well as physical meetings, but learning is online.

Its first cohort saw participants from outside Lagos and Sultan Akintunde says some of the members have gotten placements. According to him, while three people have gotten paid internships, seven are with startups.

Akintunde told TechCabal that the company is taking positives from all the participants in the first cohort finishing the program. If you’ve ever taken a Udemy course, you know that completing training like this is an achievement.

Regardless, the company is making some small changes ahead of its second cohort.

When the company announced the beginning of applications in January 2020, it received close to 5,000 applications.

In its first cohort, it picked participants across three states with the highest registration numbers. But in its second, it is picking states with the best performance in aptitude tests: Lagos, Oyo, Ogun, Abuja and Rivers state. It also received several applications from African countries like Zambia, Kenya and Ghana.

In the end, DevCareer will hope to stay true to itself.

According to the company, “we have not done a lot, hopefully we will get to increase these numbers soon”