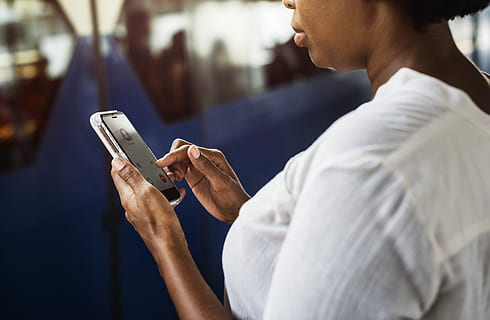 The world is slowly grinding to a halt, at least physically, as COVID-19 continues to make its round across the globe. Confirmed cases are rapidly approaching half a million. On the continent, Africa’s largest economy has seen a rapid climb in number of cases in the last week and has recorded its first fatality from the virus. At least 30 out of 52 countries in Africa have reported at least one case and have embarked on a frantic restriction of movement from severely affected countries particularly in Europe and the Americas, advising organisations to enforce remote work, enforcing internal social restrictions and shutting down learning institutions. Even countries like Djibouti where no case has been reported yet.

While work towards developing a vaccine for the virus persists and healthcare ministries try to stem the rise in cases and fatalities, against all odds, from online music concerts (quite the number in the US) to remote work, life is trudging on.

For many technology companies, as people explore and stretch more in terms of thinking about what can now be done virtually, the COVID-19 outbreak presents new business possibilities across a varied number of sectors.

Unsurprisingly, healthtech companies are the most positioned to grow amidst the crisis, while supporting weak healthcare systems in Africa which are ordinarily overwhelmed and have no capacity to withstand a surge in COVID-19 cases.

“I see people understanding the value of telemedicine being the future of healthcare at the end of it all,” says Ifeanyi Nkwonta, Business Development Executive at Tremendoc, a telemedicine platform that is, in partnership with Sterling Bank, providing free medical consultation to the bank’s customers in the wake of the COVID-19 outbreak.

“I would expect the customer base to grow within this period,” Nkwonta says and with two new services, therapy and fertility consultations, the company now has a larger base to trial both. Whether they remain permanently signed onto the platform once the free subscription expires is dependent on how efficiently they serve and convince them to stay.

“We expect that they see the value especially with the new therapy service,” Nkwonta said.

Wellvis, another telemedicine platform which launched in 2018 has developed a digital triage tool which can be used by anyone anywhere in Africa to reduce the burden already facing some of the Disease Control Centers and have since received support from Co-Creation Hub to further expand the features of the platform.

According to CEO, Dr. Wale Adeosun, in the first 12 hours after the platform was launched, it was visited 20,000 times and numbers have surpassed 100,000 site visitors since Friday from over 20 countries. The platform asks six simple questions around body temperatures, cough, breathing difficulties and recent contacts and tells you if your risks are high, medium or low.

“All these are layered on our telemedicine solution and we hope that over the next weeks and month, we would have increased brand awareness and converted the users into long term and repeat customers,” Adeosun said.

For Dr. Femi Kuti, Director at Reliance HMO, another healthtech company which originally started out as and still operates Kangpe, its telemedicine platform, these remote medical consultation services are critical.

“For healthy young people, it (COVID-19) is really like a flu. You feel really bad for a few days but then you’ll be fine. But the real tragedy is when it infects people with what we call comorbidities,” he told TechCabal.

When people with early symptoms visit already struggling hospitals, they compound the problems of patients whose immune systems are already at risk even if they are in the hospital for other ailments.

“If you’re someone who is sick from something else, you are better protecting yourself by using the telemedicine platform,” he adds.

On its telemedicine platform, as with the Wellvis triage tool, people can assess their symptoms and know if there is anything to be worried about, if they should remain home, or seek medical help.

There have been concerns around health insurance and what this will look like for COVID-19 patients. According to Kuti, once a COVID-19 case is confirmed, the government is mandated to take care of the individual’s medical bills through the NCDC.

“Testing is free. It’s paid for by the government and if an individual is diagnosed with COVID-19, that entire treatment is taken care of by the government so you don’t even need insurance to cover that at all,” he said.

Beyond possible opportunities for business or brand growth, Kuti says what is paramount to his company at this time, is to offer the best support they can to the community via its business and through dedicated sharing of accurate medical information.

For Helium Health, an EMR healthtech company based out of Lagos, the COVID-19 outbreak is causing a fast-track of planned features to boost its service offering especially now when accurate data/information collection and dissemination is key.

On Monday, it rolled out a telemedicine feature on its EMR platform, a video feature which will allow hospitals speak to their patients virtually, again, to reduce the contact between probable early symptom patients and immunocompromised individuals already sick in hospitals.

“We are also launching a patient portal which has been in the works for a while,” Ifeoluwa Olokode, Head of Partnerships at Helium Health told TechCabal.

The app portal will allow patients access to their medical records and also comes with a triage feature to assess early symptoms and how to access help if need be.

Olokode also says the company is looking to create location-specific guides to help through the period and with difficult subjects like stocking on food supplies in a country where many have to go out daily in order to feed, and power outages are a constant.

With its digital data collection platform in use across 150 hospital facilities in the country, they are also gearing to serve as a data point for the Nigeria Center for Disease Control and every other government organisation monitoring the situation in the country.

For LifeBank, which launched five years ago to aggregate supply and transport blood to those who need it the most and has since added oxygen to its list of medical supplies, the times have presented a new challenge and they are accepting the gauntlet positioning themselves to become one of Nigeria’s comprehensive databases for emergency medical supplies and logistics.

The company has begun curating a database of ventilators, respirators and ICU beds spaces to support COVID-19 efforts in Nigeria. As with blood and oxygen supply, the information will assist medical health facilities provide life-saving care to admitted patients with severe symptoms.

Learning when classrooms shut down

In Lagos and South Africa, Kenya and in many other African countries where COVID-19 cases have been reported, schools across all levels have closed indefinitely. Globally, over 1 billion learners have been affected in around 124 countries.

This presents an opportunity for digital learning platforms and tools to thrive although data costs and internet access can quickly become a hindrance to their adoption especially in such a time when the global economy is being impacted by the pandemic and job security hangs by a thread.

“We are hoping for a Corona boost,” Sam Rich, CEO at eLimu told TechCabal, “but to be honest, we haven’t seen it yet.”

But, it might be too early to tell. Pre-university level schools in Kenya were shut down only last Wednesday and universities on Friday and despite the numbers having gone down since then, users appear to be spending longer time now on the platform.

“We are seeing the site is more sticky, there are users that are staying on it all day,” Rich said.

eLimu plans to subsidise its rates as well as provide some free content within this period where job security hangs on a balance and affording data can quickly become luxury.

“The good news is that Safaricom is zero rating some traffic, and so we want to talk to them and see if they will do the same for us,” Rich says.

For platforms like uLesson which launched its app recently and consuming content isn’t completely dependent on internet availability, the opportunities are immense now more than ever.

Like eLimu, uLesson has sought ways to subsidise its pricing, cutting it by almost 60% and will now make the services available to learners across the continent and African diaspora in North America and Europe.

Succor.ng launched last year as a marketplace store congregating supermarts, groceries and restaurants. The platform allows people shop for fresh foods from open air markets around Lagos from tubers of yam to baskets of tomatoes. With its in-app logistics service, riders, operating using the ride-hailing business model, pick up the orders from vendors or in-house errands runners and deliver to the customers where they are.

With social activities almost at a stand-still in some countries and with Lagos at the edge of a halt, services like this will potentially see an increase in customers and marketplace vendors as well. Already, a lot of restaurants and coffee houses in Lagos are now offering order pickups or off site deliveries as they seek to keep to social distancing injunctions by national health agencies.

Abiodun Fasakin, Senior Executive, Operations at Succor says there are now over 1,000 marketplace vendors on their platform and orders have grown by about 42% since the COVID-19 restrictions.

In South Africa, ecommerce grocery and alcohol retail companies are battling with a spike in orders since President Cyril Ramaphosa declared a national state of disaster lasting for three months if not extended or cancelled on March 15. South Africa’s COVID-19 cases have risen rapidly in the past weeks to 402.

In spite of these growth and innovation opportunities, projected economic slowdown post-COVID-19 outbreak is still unfolding and will have an impact across various sectors in the coming months. A McKinsey & Company report projects that GDP growth will slow down to 3.18% in 2020 from 3.97% in sub-Saharan Africa with dependencies on China’s recovery and growth rate once the outbreak ebbs. In its worst case scenario projection, China’s GDP growth will slow from 5.99% to 3.82% in 2020.

Slowed down economic growth in turn will reduce purchasing power especially as unemployment is projected to rise sharply as organisation try to stabilise. Some sectors will be worst hit more than others, no doubt, but the opportunities remain to stretch, innovate, test out new products, services and rethink what is possible with the immense wealth of digital.