What happens when we can no longer remain on lockdown? 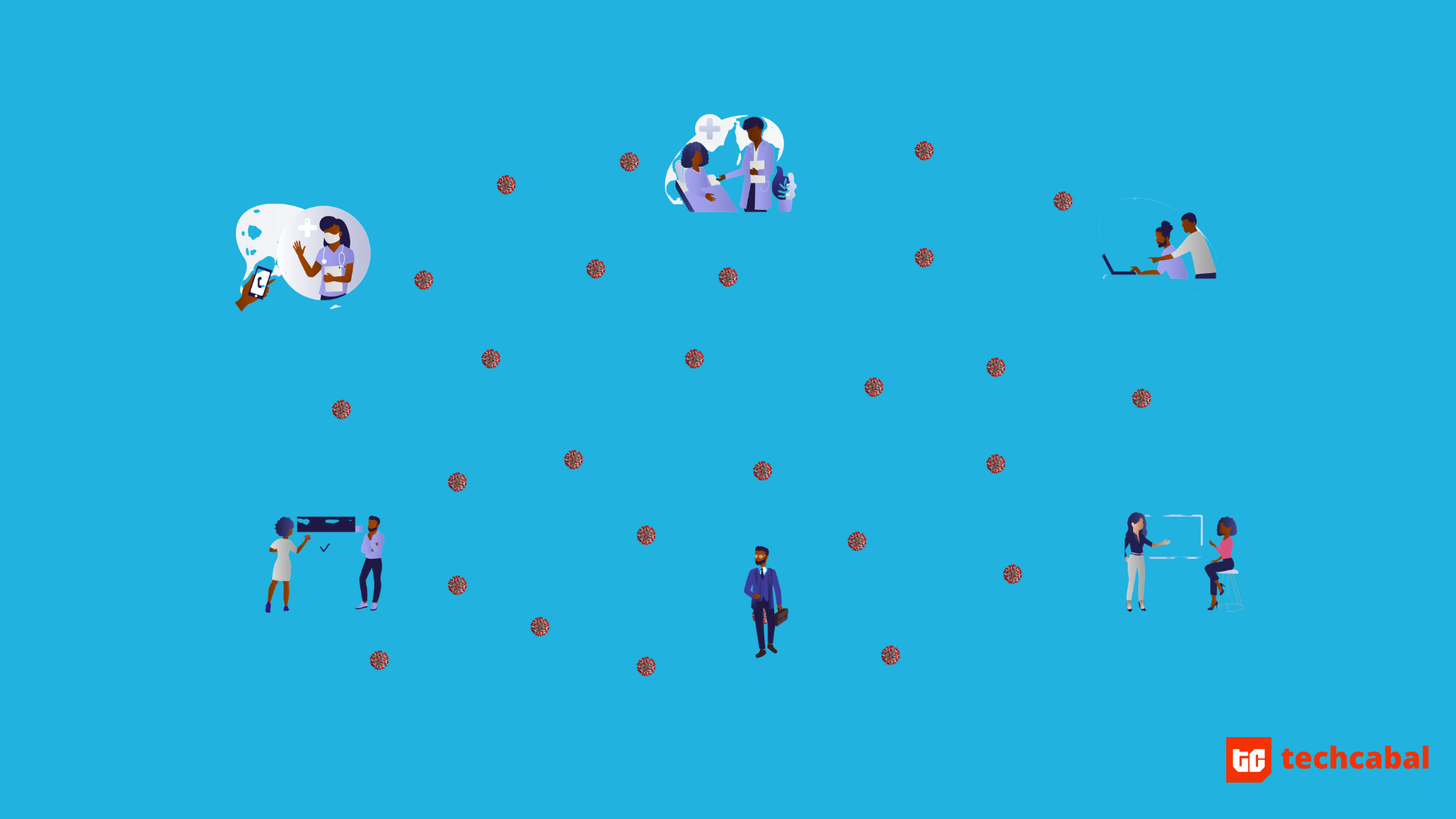 A contact tracing app being developed for front liners and essential service workers in Lagos might become a useful tool in monitoring the coronavirus spread if strict movement restrictions are lifted.

Modeled using GPS-technology, the tool which is being developed by Trivoda Digital, a software development company based in Lagos, seeks to ensure that individuals who still have to move around to provide essential services can quickly detect risk exposure to the coronavirus by being alerted if a case is confirmed within a 100m radius of the locations they visit.

Around the globe, several countries are now considering less strict movement restrictions and attempting to put in place measures to contain the virus when some movement begins to pick up.

Milan, Italy’s second largest city and one of the worst hit by the pandemic, is restructuring its street spaces to allow more room for cyclists and pedestrians when its 55-day lockdown is lifted on May 3.

A similar occurrence is taking place in Germany, one of the countries that have better managed the pandemic; cyclists have been alloted even more space on highways to allow for social distancing as they prepare to lift the lockdown. Denmark, Norway, Spain, several countries, mostly in Europe, are now looking to loosen movement restrictions as infection and death rates slow down.

In Africa, lockdowns in Accra and Kumasi, the worst hit cities in  Ghana were lifted on Monday, April 20 as President Nana Akufo-Addo announced that the country has ramped up testing, expanded treatment and isolation centers and instituted an aggressive contact tracing system. It is the first African country to lift the partial lockdown measure to stall the spread of the virus.

As the effects of the lockdown measures bite, there are speculations and even calls for more African countries that have been partially or fully shutdown to resume economic activities despite the sharp increase in the number of confirmed cases on the continent in the past weeks.

The World Health Organisation (WHO) acknowledges that there is the itch to restart economic activities in most parts of the globe especially on the continent where daily economic activity is closely linked to survival.

They have urged that restrictions be lifted gradually and strategically as the pandemic is going to decelerate much slower than it accelerated.

As part of measures it is urging countries to put in place and ensure before allowing movement, WHO is advising that there must be increased capacity to test, isolate, treat every case and trace every contact among other measures that include controlling transmission and ensuring that measures are in place to minimize risks in healthcare facilities.

Testing and contact tracing in Nigeria has been slow and largely advisory. As at March 22, Nigeria had only tested 152 people restricting testing only to individuals with full blown symptoms, individuals who have travel history outside Nigeria, and those who may have come in contact with high-risk individuals. Testing laboratories were few and sparsely spread and contact tracing had also been slow and mostly advisory.

According to Abel Ekele, Founder, Trivoda Digital, the delay in being notified that the Siem Marlin offshore vessel he had boarded on March 18 on an official assignment, where six passengers were discovered to have contracted the virus, was disturbing and the inciting incident that led to the development of the application.

“I boarded that vessel and I had no clue whatsoever that there was a possibility that it could be compromised,” Ekele explained to TechCabal.

“I went a couple of days without even finding out that the vessel had been compromised.”

Ekele says the tool is going to be deployed specifically for essential service providers who are still mobile and providing services during the lockdown hence at more risk of exposure.

“The application tracks your whereabouts and alerts you if you have been exposed,” Ekele said.

How the tool assigns a degree of risk based on confirmed exposure, he says, will be determined by the Nigeria Center for Disease Control (NCDC) and different measures will be put in place by the NCDC to advise on what the next line of response should be for such individuals.

“We are in talks with some response agencies,” Ekele says but are yet to be made official.

The digital tool is being built by goodwill investments at this point, but there are ongoing conversations with VCs and fund managers positioned to finance similar projects.

Currently, the application is undergoing a user acceptance test in Lagos.

“What we are checking for is how the users are interacting with the solution; is it working as it should; more like a quality assurance,” Ekele said.

The service will be offered free of charge to frontline and essential service providers and response teams like the Lagos State COVID-19 Task Force are also looking into how this tracing tool can help monitor and report exposure to confirmed cases early on.

Safety Visa is one of a number of tools being developed around the world to effectively carry out contact tracing. Tech giants Apple and Google are working on OS updates that will track potential coronavirus cases from next month in the US.

In Germany, an app similar to Safety Visa is being prepared for launch in coming weeks. All these are raising concerns about privacy particularly because some, like the one in use in China, can require very private social security information which can become dangerous in an authoritarian regime if not creating one.

“I think the good far outweighs the bad,” Ekele tells TechCabal. “However, regulation will fix whatever concern we have with privacy.”

Apple and Google says they are basing their tracking tool on Bluetooth technology which is less invasive than GPS-tracking systems but the former has greater limitations, and for the Nigerian context, might not be far-reaching given that 10-20% of the population actually use smartphones.

“When this is over, that is assuming that this is not our new normal, users can request for their entire data to be deleted from the platform,” Ekele said citing the General Data Protection Regulation (GDPR) in the United Kingdom which mandates that technology and other such data organisations must delete stored data upon request of the owner. In Nigeria, a similar provision is available under the National Information Technology Development Agency (NITDA)’s Nigeria Data Protection Regulation (NDPR).

Apple and Google have also said their contact tracing tool is temporary and will be inactive when the pandemic ends but this is an open-ended timeline that is raising even more concerns especially given the companies’ track record of user data missteps.

“Whatever they [NCC & NCDC] come up with, we are willing to abide by it for the benefit of the users. This is not a for-profit venture for us,” Ekele says.

It is one thing to develop a tool and another to rally around an entire population to put it to use as it is clear every hand must be on deck to curb the spread of the virus if movement bans are to be lifted. Singapore’s contact tracing tool, TraceTogether, has been installed by only 17% of the population.

Ekele says Safety Visa while primarily targeted at frontliners and essential service providers, will become critical in monitoring non infected individuals, those who have recovered and been discharged as well as those at risk when the country is forced to resume normal economic activities. This, he believes, will be propelling enough to drive its use.