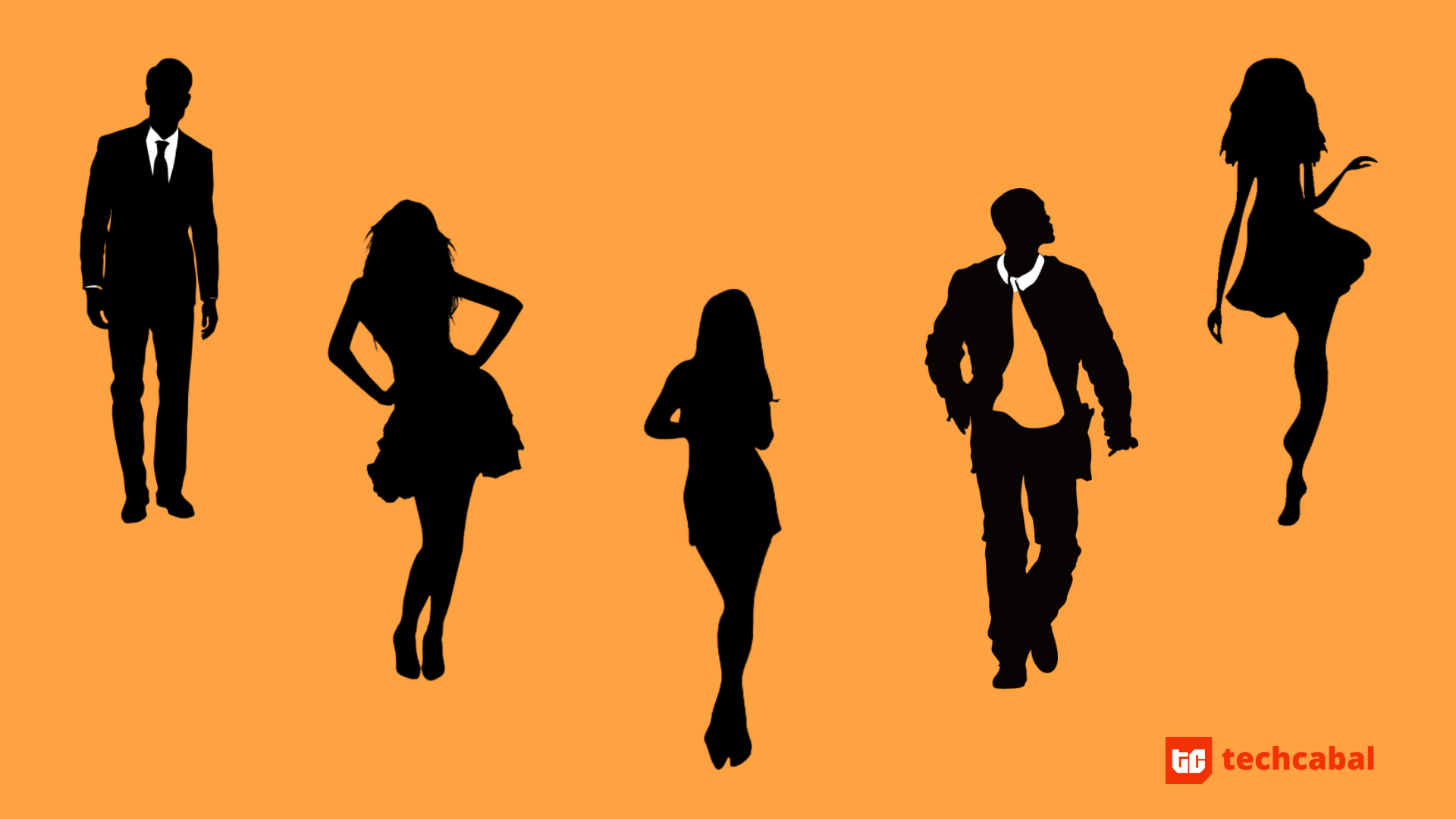 This year has been  unprecedented  for physical activities across the globe. A viral pandemic has kept much of the world indoors for at least a month. And even as countries reopen, how physical, social and sporting events happen moving forward will remain a deftly choreographed attempt to keep people safely distanced from each other especially with all the unpredictability around how the pandemic evolves.

Across Africa, many major fashion shows are often slated for the last quarter of the year. In Lagos, the prestigious Lagos Fashion and Design week is usually an October affair while GTBank’s Fashion Weekend takes place sometime between October and November. In Tanzania, the Swahili Fashion Week, famed as one of the most influential fashion events in East and Central Africa, holds between November and December of every year.

Two years ago, the South Africa Fashion Week (women and men’s edition) took place between October 23rd and 27th while the Joburg Fashion Week ran from October 4 to 6 also in the same year.

Last year, both fashion events were moved to the fourth month of the year. This year, that would have coincided with the peak lockdown period where more than a billion people around the world were in isolation.

As we move past the middle of the year, the number of new COVID-19 cases continues to oscillate with some countries recording fall in numbers and others, continued peaks.

As with the uptake of digital tools and technology-enabled processes to continue working amidst the pandemic even in industries like Nollywood, the fashion industry in Lagos and across the continent are slowly adopting digital tools to keep events going in some shape or form.

Why are fashion events important?

Haute couture, avant-garde outfits that leave you wondering what outrageous costume parties one would have to be invited to to wear them might be commonplace in global fashion cities like Milan and New York.

But on African runways, designers usually often stick to functional pieces that fit into one of the many events that take place in cities like Lagos or Johannesburg.

But fashion events are rarely just elaborately organised events to showcase outfits that may or may not be replicable outside of a fashion magazine or film. At these events are buyers looking to stock up their high-end clothing stores; stylists looking for what new head-turning outfits to don their clients in; fashion media looking to publish whole collections on their platform even before the models make it backstage as well as low-end, mass-market manufacturers looking to lift eye-catching looks and/or details that will subsequently be reproduced verbatim or in parts.

Since 2010, the textile, apparel and footwear industry in Nigeria has averaged a growth of 17% of the country’s GDP according to the National Bureau of Statistics (NBS). In developing countries, the textile and clothing industry is the second largest behind agriculture employing a large percentage of women in its workforce. Since Swedish clothing retailer H&M set up office in Addis Ababa in 2013, it has added about 60,000 jobs to the economy. A similar effect on employment, about 80,000 jobs added to the economy, has been seen in Mauritius since it raised apparel exports to the EU and US.

These events also create a whole economic pipeline for artisans, stylists, models, makeup and hair stylists who drive all the moving parts that make them possible. Cancelled events globally and across the continent put the livelihoods of these individuals in a precarious place.

Tobi Oloko, a model signed with six international modelling agencies including three in Milan, Paris and South Africa, and who often travels around the globe for fashion shows, has been at home for the past three months due to the pandemic. With no events to walk at, there has been no income for her in this period.

“My last work trip before the pandemic broke out was Paris and I was forced to come back home amidst the situation,” Oloko tells TechCabal.

“I’ll say the pandemic affected my whole job completely as a model, especially because it includes traveling around to these specific countries but that’s on hold now and there are no hopes of fashion weeks, campaigns, beauty, magazine editorial jobs and all that happening this year anymore,” she said.

“Payments are on hold as well.”

Runways have gone digital in the meantime

Last month, for her Pink Label Congo capsule collection, Congolese designer Anifa Mvuemba sent mesmerising 3D models down a virtual runway to an audience of millions first on the Instagram Live channel where the event was being streamed, and subsequently, through an outpouring of awe from across the globe. Many have called it the future of fashion.

Although already previously working with 3D modeling for mockups of her design, the pandemic and isolation period provided ample opportunity to extend the technology to creating and showcasing a capsule collection.

Like Mvuemba, designers across the continent have taken to social media and video streaming to continue to unveil new collections mostly via lookbooks and virtual runway shows from Ghana to South Africa, and Nigeria. No one has quite put on a show like Mvuemba for very important reasons.

Producing a 3D virtual runway show is a multi-stage process of modelling, simulating, frustrating rendering speeds and at least a month’s worth of painstaking and detailed design process.

As a 3D modeller explains to me, the process will begin with creating models using softwares like Maya or ZBrush. Once the 3D models are created using human fashion models, they are stripped and then rigged, giving the model a skeletal framework to enable movement. Once done, the 3D model is animated and transferred to a new software like Marvelous Designer.

On Marvelous Designer, the modeller designs and simulates movement in the styles so that it flows naturally with the movements of the 3D model. The design is exported once more to another software like 3ds Max or Blender where a runway, lighting and other aesthetic elements are added.

Then the project is rendered into a video (like the Pink Label Congo show) or an image.

For the AFI (African Fashion International) Fashion Week in Cape Town which managed to take place in March just two weeks prior to a nationwide lockdown, models walked down the runway of empty halls while the event was live streamed to audiences.

At the Lagos Fashion Week, a series of live streamed and virtual conferences have been ongoing since April. Through Woven Threads and its #StayHome Live series, the event has continued to engage its audience with small virtual events in conversation with industry experts and stakeholders from across the continent. Its Autumn/Winter shows have taken on an entirely digital format.

Purchasing activities, although having declined in the period, have always gone on digitally and the period has intensified the need for designers and retailers to optimise online stores to continue to make sales.

Here also, is where the use case for AR/VR fitting rooms triumphs for designers and retailers who offer these capabilities to their clients.

“African fashion is rising right now. African designers need to develop their unique business model and have to be innovative. To do so, digital is key,” says Sarah Diouf, founder of Tongoro, a 100% made-in-Africa clothing brand Beyonce was clad in for one of the videos in her Spirit album.

“It’s a tool that we can truly leverage to our advantage,” she said at the Fashionomics Webinar Series early this month.

What will events look like in the coming months?

Some fashion events usually occurring in the middle of the year have been shifted towards year ending. The Accra Fashion Week 2020  has been moved from March to October as has the Arise Fashion Week. The Swahili Fashion Week is still slated to hold in December when it usually does, in Dar Es Salaam, Tanzania.

Whether these events will happen physically or virtually remains yet to be disclosed. The sense however, is that towards the end of the year, life must have returned somewhat to a ‘new normal’ and social events will be back in full swing. However, with the discovery of efficacious and safe vaccines or therapeutics for COVID-19 set at a 2021 timeframe and the continued spike in cases in countries like Nigeria, things remain uncertain.

Oloko says she hasn’t gotten wind of any specific fashion shows slated to take place this year yet but agencies have kept up with video call shoots and a variety of online engagements with their models. A friend working in Europe tells her things are picking up slowly and she hopes that the same is applicable soon back home.

The South African government has instituted a phased lockdown lifting process. As at the start of the month, on the third level of the lift, all manufacturing, mining, construction, financial services, professional and business services, information technology, communications, government services, and media services fully reopened.  South Africa remains the worst hit by the virus on the continent with 118, 375 cases recorded so far and over 2,000 deaths.

Tanzania’s government has had a peculiar approach to the virus. Since April, the government has ceased publishing data on the cases in the country and has continued to encourage religious gatherings with the president saying earlier this month at a church service that “the corona disease has been eliminated, thanks to God.”

As at its last publishing in April, there were 509 cases and 21 deaths in the country.

Having put in lockdown measures in Accra and Kumasi, two of its largest cities, Ghana was the first African country to lift its lockdowns saying that the government and healthcare institution had taken the period to better equip itself to handle the virus.

Globally, a long list of events have been slated to continue virtually well into September.

The pandemic will have more far reaching effects on other aspects of the global industry beyond events and it may be too early to see the full impact on the continent’s industry. Supply chains, sales as consumer spending declines, fast fashion, sustainability and the resale industry, the usefulness of elaborate fashion events themselves, these are all conversations currently being had in various corners of the industry.

According to a McKinsey report on the North American fashion industry, part of recovery steps will entail a lot of digital optimisation particularly to promote and engage with buyers as their purchasing behaviours evolve.

Digital may also have effects on how designers choose to showcase new collections moving forward and could become paths for autonomous and democratic shifts away from fashion shows which some say can be an elitist and unfairly selective affair.