After two years of development, MAX deploys its electric motorbikes in Nigeria 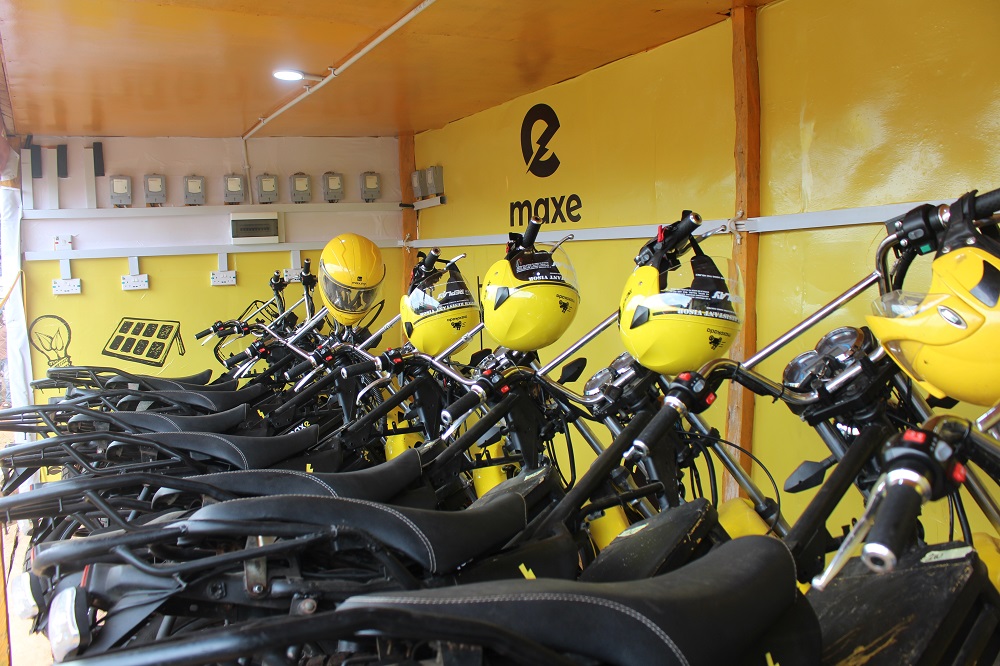 Nigerian mobility company, MAX has finally launched its electric motorcycles for the Nigerian market. Called MAX E Series, the new vehicles have been under development for the last two years. After a pilot phase, the company has now launched the new vehicles in the Gbamu Gbamu community of Ogun State in South Western Nigeria.

MAX first announced its electric mobility plans in June 2019 and by November 2019, it revealed the actual design and concept of the vehicle, calling it the MAX E Series M1. Now, the newly deployed EV is the MAX E series M2, a faster more performance-enhanced model.

“We’ve been on a product development journey at MAX over the last five years looking at how we could transform mobility across market segments, across vehicle configurations, and we looked at how we could leapfrog combustion engines to electric-powered mobility,” Adetayo Bamiduro, MAX’s CEO and co-founder, told TechCabal.

“The new announcement is a milestone in terms of our journey to leading and pioneering that transformation,” he added.

Founded in 2015, Metro Africa Express (MAX) is the pioneer of bike hailing in Nigeria with inspiration from South Asia’s Grab and Go-Jek. The company started out as a motorcycle-based logistics service before adding passenger transportation by 2017. Since then, it gained traction in Lagos and later expanded to a few other cities across the country.

By June 2019, it raised a total of $7 million funding through equity and grants to scale its mobility solutions. Bertrand Njoya, MAX’s Chief Financial Officer, told TechCrunch the company was working with different partners to roll out electric vehicles into the Nigerian market.

With the recent launch and deployment of the MAX E series, the company wants to mass-produce these vehicles and is “targeting thousands over the next 12-18 months.”

While the company said this is the “first indigenously developed electric motorcycle,” it is working with Asian and European partners including Japan’s Yamaha and Breakthrough Energy Ventures.

The company explained to TechCabal that the MAX E Series has a battery cycle of 1,500 and could run as fast as 60km per hour. The new E Series M2 on the other hand is much faster, hitting a speed of 85km per hour with a battery warranty of over 2,000 cycles. On average, charging time for the M2 is four hours. The new EVs will cost around $1,500, similar to the price range of other electric vehicles manufacturers.

MAX said it has signed partnerships with different groups including distributors, energy companies and real estates to deploy battery swapping stations for electric vehicles. This would improve access and deliver an experience that is comparable or superior to petrol/gas stations.”

“We’re excited about the role we’re playing in deploying these vehicles and making them accessible both in rural and urban contexts as well,” Bamiduro told TechCabal in an interview.

By 2030, the company estimates that there will be 100 million units of motorcycles in Africa. By rolling out electric vehicles now, MAX says it wants to play “a very critical role in reducing carbon emissions and mitigating the negative impact of combustion engines on our environment.”

MAX’s commitment to electric vehicles is an interesting one, more so because Nigeria has been lax around ecological issues and concerns about the environment. Is there a market for electric vehicles in Nigeria and are there Nigerian consumers who can afford EVs which tend to be more expensive than petrol-powered alternatives?

“There is strong demand than people realise,” he added. “Africans are very early adopters of innovative technology, [so] it’s not a question of desire or interest from our people, it’s a question of access; a question of whether someone can bring it to them,” he explains to TechCabal.

“From all the research, interviews and pilots we’ve done, there is no question about it. There is a massive demand for electric mobility. The question is who would provide the infrastructure to meet that demand.”

MAX believes it can solve this access problem and is targeting different customers including private individuals, commercial motorcycle operators and other institutions including the government.

To bridge the access gap, MAX is adopting an innovative financing model. This would reduce the upfront cost of acquiring the new electric vehicles.