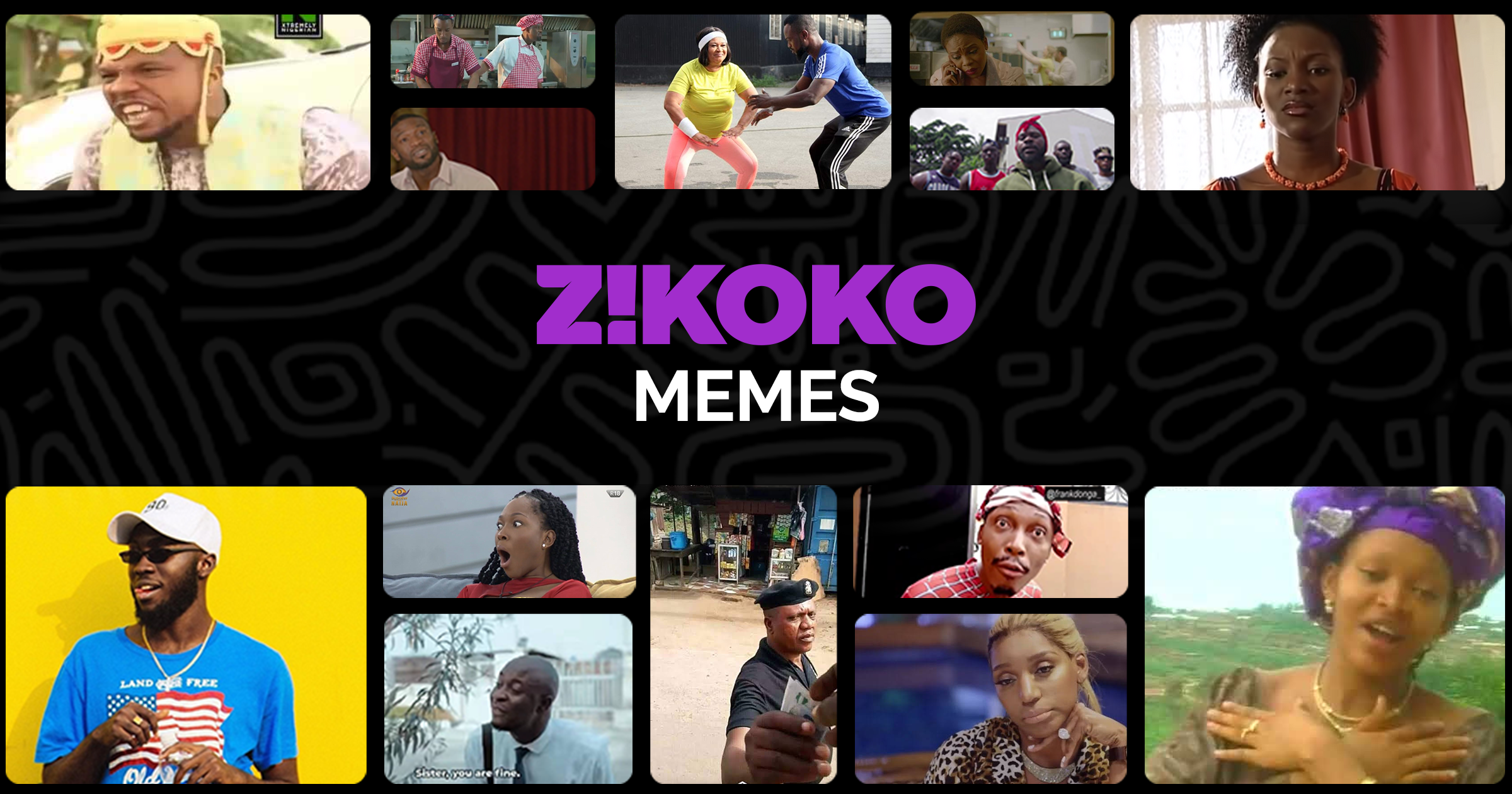 The internet speaks memes. With over 4.5 billion active internet users and over 6,000 languages and dialects spoken worldwide, memes provide us with a universal language.

Let’s say I follow a Twitter user who predominantly tweets in Swahili. If one day she tweeted the following meme with the caption “PS5???”:

I don’t need to speak Swahili to understand what she’s trying to say. Going by the meme and caption, I can guess that she just discovered the price of the gaming console.

And this is the beauty of memes: they help us convey our thoughts by employing elements of pop culture and human mannerisms.

Last year, in December, the brilliant people at Zikoko decided they were ready to give people access to their vault of culturally relevant memes.

Zikoko is a pop-culture publication focused on chronicling the African youth experience, one quiz, listicle, and story, at a time. And their new bank of memes is called Zikoko Memes.

Prior to launching Zikoko memes, the irreverent publication had a reputation. If you wanted the funniest memes that were specific to black people and Africans, you knew you could find them in a Zikoko article or tweet.

Zikoko’s Editor-at-Large, Ope Adedeji, put it this way, “if you searched for a particular Nollywood or African meme on Google, chances are you’d find it under google images but the link would be from Zikoko.”

And this is by no means a coincidence. According to Adedeji, the culture of using only black and African memes is something Zikoko is particular about during their writing process.

To arrive at the meme bank we know today, two things happened in succession.

First, within the Zikoko team, there were discussions about having a place where consumers of African content, and the general black internet populace, could access memes that “were reflections of the people using them.”

As a user of memes myself, I prefer my memes to look like me. After looking at my bitcoin app a few days ago, this was how I felt:

A picture of a white man crying would not have done this as much justice.

The second thing that happened was this tweet from Onyekachi Mbaike, a designer at Paystack, who would end up being a member of the team that designed the platform:

With all these pieces together, work began on the Zikoko Memes website. The meme bank is currently over 4,000 memes strong and growing every day. You can search for a meme based on a phrase or a particular category. It also allows you to download, share, and upload your own memes.

These memes cover a wide range of scenarios.

From the days when you just want to tell people about your new fitness journey:

To the days when you choose to employ a clever literary pun:

Zikoko’s Meme bank is quite literally chock full of fun ways to say the things you really want to.

Editor’s Note: All memes were sourced from Zikoko Memes. Also, bitcoin is up again today so I present an update on my mood: