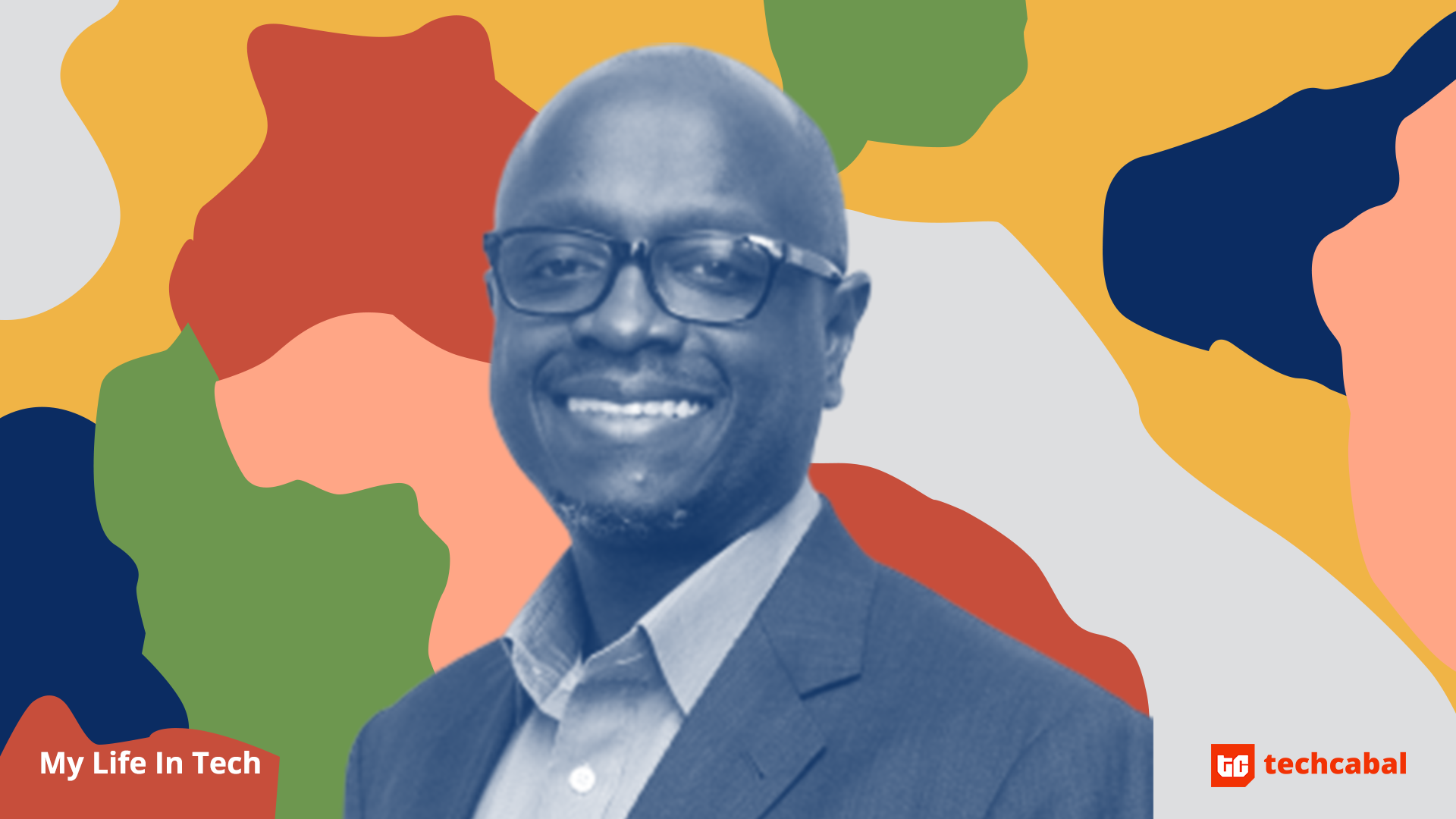 Peter Njonjo started his first business in high school. He noticed a problem; the school canteen was too far from the dormitories.

Every day, he and his classmates made the tiresome journey from their beds to the canteen to buy bread. Peter’s solution was simple – buy all of the bread in the canteen, bring it to the dormitories, sell to customers from the comfort of their beds and charge a small fee for this convenience.

“I built a very successful franchise because there were many dormitories so I couldn’t do it alone,” he said to me during our call.

Today, he is solving a similar problem on a much larger scale. He is the CEO and co-founder of Twiga Foods, a company that is taking fresh and processed foods from over 4,000 farmers and manufacturers who are often far away and delivering to more than 35,000 vendors across Kenya – while charging a small fee for this convenience.

From having an incomplete MBA to heading Coca-Cola’s operations across 33 African countries, his story is one of a man who is passionate about making the lives of people just a little easier.

His name is Peter Njonjo and this is his life in tech.

Peter Njonjo and the case of the incomplete MBA

If you scroll down to the Education section of Peter Njonjo’s LinkedIn page today you would find an entry for an MBA in Strategic Management from the year 2000 and right below it are the words “Masters Incomplete”.

During our call, Peter tells me that he completed the coursework required to get the MBA. The incompleteness would boil down to his final MBA paper and the professor who was in charge of it. Put simply, they were not very cooperative.

“They were very fussy, they were always changing their minds. And I was very busy.”

You may ask what could have made a 21-year old Peter too busy to focus all his time on placating his professor – his job at Coca-Cola.

Around the time when he applied for his master’s program, Peter was also starting a job as an accountant in Coca-Cola with his newly minted degree in finance – which he had gotten in nine months.

“So many people have stories of growing up in university and all the partying. For me, it just passed so quickly and I was always in the library.”

During the typical two-year window between high school and university, Peter decided to become a Certified Public Accountant (CPA). In that time he made considerable progress. He chose to attend the United States International University Africa (USIUA), a private university in Nairobi.

“Because of all the work I’d done during my CPA, my undergraduate lasted nine months.”

His fizzy rise to the top at Coca-Cola

In 1998, Peter Njonjo was one of the youngest CPAs in the entire country. He joined Coca-Cola as an accountant in that same year and his first task on the job was to reconcile some accounts that just wouldn’t balance.

“I spent very very long hours trying to figure that out.”

But that was only the start of his 18-year career at the company.

“If you look at a lot of people who worked in Coca-Cola, the tenures are very long. It’s a company where if your DNA matches that of the company, there are a lot of opportunities for growth.”

And Peter was taking as many of these opportunities as he could. For him, it was a case of being an entrepreneur within an existing organisation and owning processes. He was, as he puts it, “using other people’s money to create value”. This approach endeared him to a lot of people early on and helped to advance him through the ranks so that by the time he turned 31, after 10 years in the company, he became country manager for Kenya.

Three years later, he would be in charge of Coca-Cola’s operations in six countries across East Africa: Kenya, Uganda, Tanzania, Ethiopia, Eritrea, and Mozambique. In this time, he would put together deals worth more than a billion dollars in CapEx (Capital Expenditure).

But he wasn’t slowing down. During his time as general manager of Coca-Cola East Africa, he started his own company with his co-founder and friend Grant Brooke.

Twiga Foods was not the first business they would try to run together. Their first had been a business that involved felling timber and replenishing the plantation where they got the timber from. The business did not work out.

Sometime later, Grant came to Peter with an idea. He wanted them to sell bananas.

“In my mind, I was like ‘Oh God, this doesn’t sound like one of those things I want to be involved in for the long term. But let me just listen.’”

And listen he did.

A fun fact that would help Peter Njonjo take the leap into the world of bananas is that bananas are one of the biggest traded commodities in the world.

So the plan was to export bananas. But that was far from a walk in the park.

“We realised that the supply chains were so broken and there were so many challenges out there. It was not going to be as straightforward as we thought.”

When they were unable to sell even one container outside of Kenya, Peter felt it was time for them to sell the bananas locally. But even there, they met broken supply chains that made it hard for them to create any value as many parts of the retail industry was fragmented and informal.

“When you’re trying to formalise something that’s informal, you’ll encounter all sorts of challenges.”

One of those challenges was the absence of a standard for packaging produce. This made it hard for a business like theirs to calculate their gross profit margin per unit because, effectively, the concept of a unit in the market was foreign.

“So we had to introduce bananas with crates and teach people that you can actually by bananas in crates and buy them ripened instead of buying them and ripening yourself and losing half of it.”

In the middle of tweaking Twiga’s business model and figuring out the best way to create value, Grant ran the business while Peter sat on the board and helped direct the business. He also continued to rise through the ranks at Coca-Cola, eventually becoming President of Coca-Cola West and Central Africa overseeing 33 countries in Sub-Saharan Africa. He would leave this role in 2019 to become CEO of Twiga Foods.

“I had discussed with Grant that if the business ever became too big, then I would be happy to step in. Because, for me, it was a major investment.”

It was such a big investment for him that while they made attempts to raise more capital for the business, he and his wife decided to sell the home they had built to finance the business in the meantime.

“It was actually my wife’s idea. We had a term sheet from the lead investor but the due diligence was taking time and I was afraid the company would run out of money before the round closed.”

But according to Peter, they were fairly confident about where the business was going and so it made sense for them. They would eventually close a $1.75 million seed round.

“And I think one of the things you can learn is don’t get too attached to material assets. Instead, focus on legacy and the things you need to build.”

“I’m turning 45 this year. I was born and bred in Nairobi, Kenya. I’m the firstborn of four children.”

That is how Peter Njonjo starts his story on our call. He and his siblings were born to their mother, a retired accountant who is now involved in the family business, and their father, an engineer who is still active in the real estate market.

Peter and his wife Tina have four children. When I ask him about what personal plans he has for him and his family he said, “Ensuring that I’m there for my kids as they grow up and enjoying my marriage with my wife and figuring out things we can pursue that are tied to our passions; be it philanthropy or angel investing.”

For Twiga, big plans abound as well. In September the company plans to commission the largest standalone banana ripening facility in Africa.

“We’ve spent a good amount of time fine-tuning our business here in Kenya so that should help us scale fast. In the next five years, we want to be in 12 countries on the continent, serving about 100,000 customers a day.”

With the success it has already recorded in Kenya, Twiga Foods is well on its way to achieving these goals. 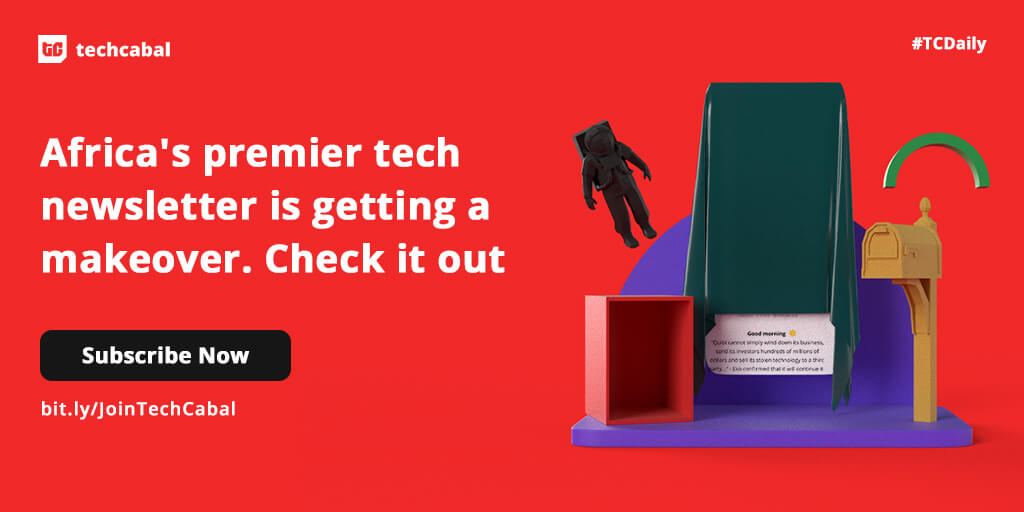 Newsletters
TechCabal Daily – And they lived happily ever after
Daniel Adeyemi