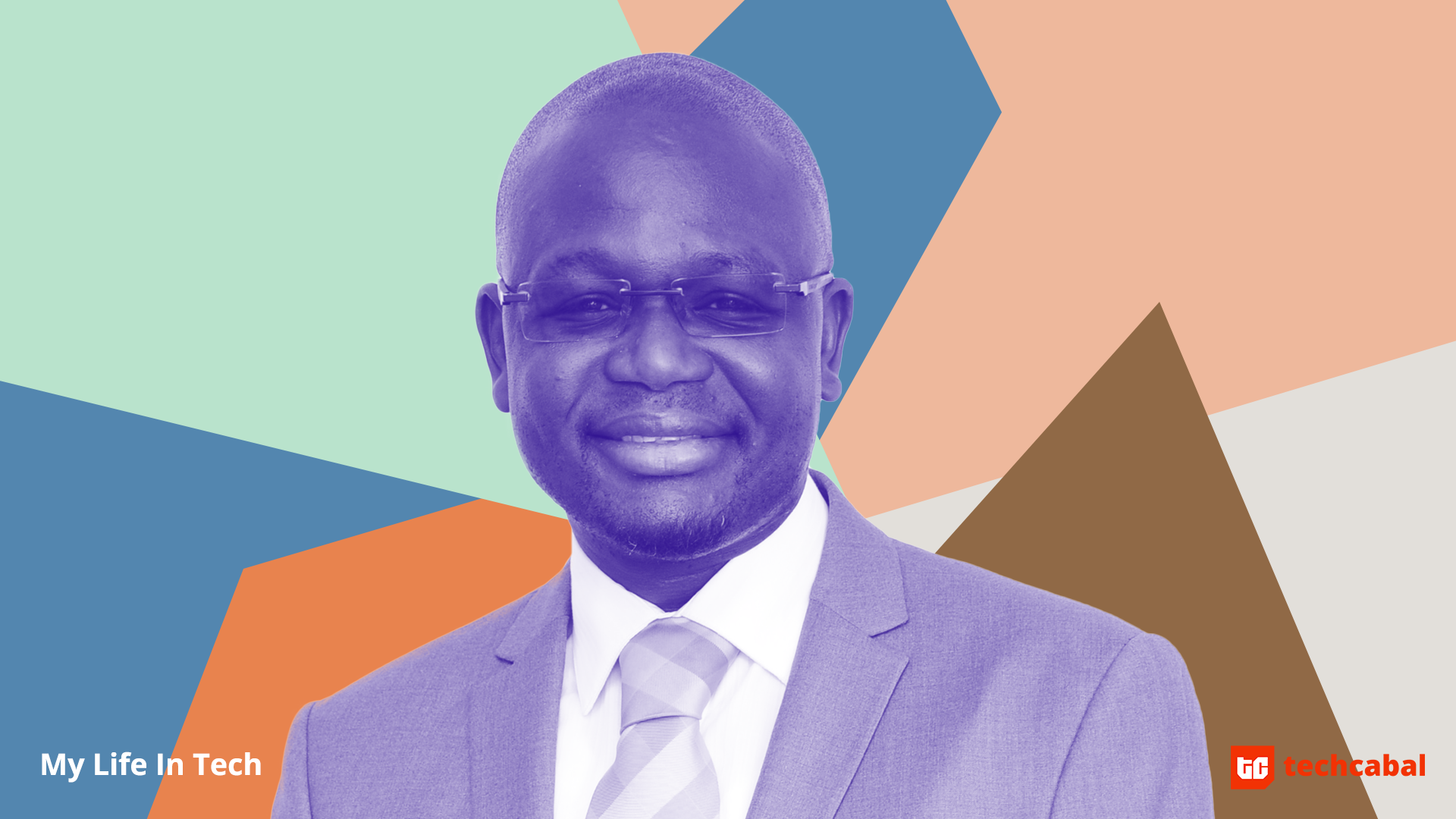 It’s one thing to leave the UK to return to The Gambia in 1998. It’s another thing to leave a steady job and run the risk of starting a business in the early 2000s. Papa Yusupha Njie did both of these things and today he is the chairman of Access Bank Gambia and his company Unique Solutions is worth millions of dollars.

When Papa Yusupha Njie returned to The Gambia in 1998, everyone thought he was crazy.

None of it made sense to his friends and family. He had just gotten his degree in Electronic Engineering and Management from Middlesex University and had multiple prospects for work in the UK.

Why was he coming home?

When he tells me the story of returning home, Njie recounts an experience that assured him that life in the UK was not something he wanted.

It happened in a TESCO supermarket in London. He was a few weeks from his graduation and was there to buy his groceries.

As he walked through the aisles, he picked up the items he needed and made his way through, making sure not to forget anything. Not too long after he started his shopping, he noticed from the corner of his eye that one of the supermarket security guards was following him into every aisle.

“Clearly, this guy thought I was going to steal some stuff. It didn’t matter if I told him I was a university graduate or whatever. He had already made up his mind.”

This was a definitive moment. He realised that his story was always going to be that of the second-class citizen in a country where his black skin, and his skin alone, was worthy of suspicion.

Njie’s return to The Gambia was met with questions. Why was he back to a country where technology was still in its infancy? Where would he find work? Why was he making this mistake?

At 22, he had been away from home for almost 6 years. He was young and taking a chance on a small country that was five years into a dictatorship. But this small country was home.

In 1999, in his new role as an IT engineer at the National Water and Electricity Company, a young Njie was faced with a very interesting situation.

As the 20th century came to an end, the Y2K frenzy took hold of the world. Everywhere, in every country, people panicked as rumours spread that all computer systems were doomed to stop working once the dates changed from 1999 to 2000.

Njie fondly remembers having his face on national television as he tried to convince the entire nation that nothing would happen to their bank accounts or their electricity.

“I thought if I was able to convince the whole country that nothing will go wrong, maybe if I went out on my own, I could also sell a few computers,” Njie says this as he laughs.

He quit his job soon after and decided to start a cybercafe under the name Unique Solutions.

After returning to the uncertain Gambia and securing a job that came with a pick-up truck and very good pay, Njie had now quit the job to run a cybercafe.

If people thought he was crazy before, they were sure he was bewitched now.

“I had some people go to my dad and tell him that some juju (sic) had been done to me.”

Njie describes his cybercafe as a cubicle with 10 desktop computers all connected to notoriously slow dial-up internet – and this was all there was at the time.

For customers who were thirsty, he sold drinks. And when he wasn’t designing websites, he was teaching people to use Excel for their accounting.

The cybercafe became home to a growing number of curious young people who were excited about the internet. At a time when there was no broadband or smartphones, one dollar gave them access to the world wide web for one hour.

Running a cybercafe in the middle of a dictatorship meant that Njie became a valuable asset to journalists at the time. With the government of the day controlling the traditional media, he was instrumental in helping a few journalists set up their first email addresses, giving them a way to communicate with the world outside of The Gambia.

Expanding the business and meeting Awa

When he registered Unique Solutions as a business, Njie didn’t register it as a cybercafe because for him that was never the entire goal.

The goal was always to provide internet connectivity to his people. But with limited capital, the cybercafe was a good place to start.

The journey from cybercafe to a multimillion-dollar internet service provider (ISP) is one filled with hard work and in Njie’s case, love as well.

When the business began to expand and he could hire more help and even set up a second office, he began to provide more IT services.

“We started selling computers, repairing them, and even configuring servers,” he said as he reminisced on how much work he had had to do on his own at the time.

In addition to the services he provided, he would often make house calls or do deliveries of printed brochures and posters by himself. These deliveries would take him as far as Senegal but one particular house call was in The Gambia at the home of a woman called Awa.

Awa was home on holidays from the UK where she was schooling at Leeds University. Her computer had recently caught a virus and she couldn’t continue working on her dissertation. Unique Solutions had a reputation for sorting out issues like this so she made a call and Njie was soon on his way to her.

Getting to her house, he set up his dial-up internet connection and began downloading the antivirus software she would need. There is no better descriptor of the speed of dial-up internet in the early 2000s than the length of time he spent at her house.

When he tells the story to Awa some years later, he speaks of visiting his business partner. He had told his partner about the work and how he had not taken any payment.

Njie had only left his card with Awa and asked her to help spread the word about Unique Solutions.

“I remember my partner told me ‘so you are selling the family jewels when we’ve not even started? Why not even call her and ask her out, as compensation for losing us money?’”

Njie made that call and well, the rest is history.

Becoming an ISP in a dictatorship

On the first day in December 2016, The Gambia elected its third president since independence in 1965. The incumbent president, Yahya Jammeh, had taken power in a bloodless 1994 coup. The 22 years under Jammeh were years best described as under a dictator.

In the early 2000s, while Gambians got used to a traditional media controlled by the government, Unique Solutions began work on the goal of becoming an ISP.

The first step was to obtain an ISP license from the government. The business had garnered some reputation at this time and with a progressive ICT Minister at the helm of affairs, the license was not a difficult thing to get.

Following this was a request for a $1 million loan from the bank. Now, this was trickier.

The bank was only able to give Njie and his business partner half of their request. This half came after they had both put down the deeds to both their houses at the time.

“The bank MD, he’s retired now, he told me that when we brought the deeds to our houses, he couldn’t say no. Here were two young men who had just started families, offering you their houses as collateral. Risking everything.”

With the funding available and their sights set on becoming a corporate ISP, Unique Solutions joined the list of existing ISPs who were, at the time, buying capacity from Senegal as the Gambia did not have a submarine cable at the time.

As the business continued to grow, Njie faced many instances of the government trying to stifle the voices of the people through the ISPs, not unlike the situation in Uganda during the just concluded election.

“You go through all that [business development] and they put a gun on your head and tell you that if you don’t do it [block your services], you go to prison.”

With these threats and constant shutdowns of the internet, many network operators were unable to make money by selling to customers. So while the fight was on for justice and the freedom of expression, Njie’s found his footing in the financial sector.

To survive as a business, niches are priceless. The goal for Unique Solutions soon became to be the service provider of choice for the financial sector in the Gambia. Today, two of Unique Solutions’ biggest clients are the central banks in Gambia and Liberia.

Njie’s crusade to make Gambia’s financial sector better began with his proposal to introduce a switch in the country. This switch would allow customers of a Bank A to use their cards or cash their cheques in a Bank B.

These are services that are commonplace today but at the time, it took him almost 7 years to convince the banks to bite.

On the day he signed the contract to set up Gamswitch, Njie cried. And while the people around him figured his tears were due to the colossal size of the contract, he admits that it was due to the amount of time it took to convince the banks to be a part of this.

While their resistance was based on the fact that Gambia’s population of about 2 million simply didn’t have the numbers to make a switch viable, Njie kept at it and eventually with a project led by the Africa Development Bank, Unique Solutions was tapped to help set up Gamswitch. This was done in collaboration with Nigeria’s Interswitch.

Aiming to do more for the internet situation in Gambia, Unique Solutions, partnering with the World Bank and the Gambian government, has also been able to complete a $30 million dollar submarine cable to improve internet speed across the country.

Getting recognised and looking to the future

In 2010, at the invitation of President Obama, Njie was one of the entrepreneurs invited to the Presidential Summit on Entrepreneurship in the U.S.

When Hilary Clinton, who was the secretary of state at the time, read out his citation, he tells me that she pronounced his surname wrong – /nji/ instead of /njai/. This did nothing to dampen the moment as he listened to her talk about his days in the cybercafe and the hard work he had put into growing his business.

Before he returned to the Gambia, the news made it a point to note that he had met President Obama before President Jammeh. So on his return, he made sure his team gave the press a different date.

“Those days you had to be under the radar.”

Njie would get another invite from President Obama in 2014.

Today, Papa Yusupha Njie lives in The Gambia and apart from his work in Unique Solutions, he is also the Chairman of Access Bank Gambia.

Njie describes himself as a social entrepreneur and that is evident in the work being done by Unique Solutions – expanding into solar energy and agriculture; ensuring the lives of Gambians are better.

He left a possibly promising life in the UK to build an empire in the Gambia. If that’s crazy, then sign me up.