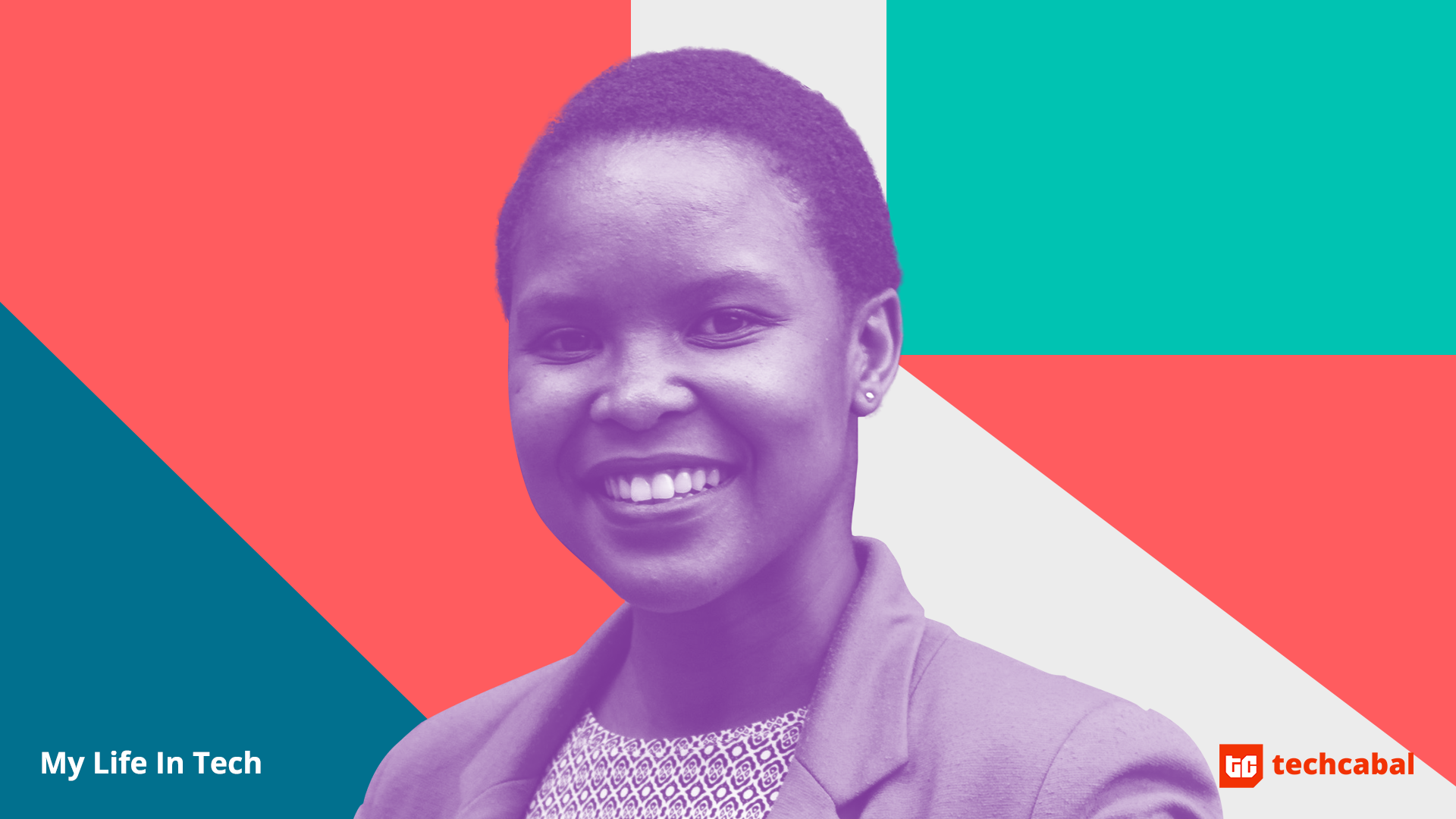 My Life In Tech is putting human faces to some of the innovative startups, investments, and policy formations driving the technology sector across Africa.
While you may have only ever heard of a Chief of Staff in the context of elected officials in government, Tsakane Ngoepe offers a fresh perspective to the role.
She is Chief of Staff to M-KOPA’s CEO, she loves the world of investing – and Fortnite.
This is her life in tech.

When we begin our conversation, Tsakane Ngoepe’s work is one of the first things we talk about.

There are many things to know about her. She’s a bookworm and a gamer– she plays Fortnite on her PS4.  She also loves a cup of coffee every morning, which she sips as she takes in the view of Nairobi from her balcony.

When she’s not immersed in a good book or drinking coffee, she’s the Chief of Staff at M-KOPA.

I imagine the journey to becoming Chief Of Staff differs according to the person or industry. For Ngoepe it starts in Bochum, a town in the northern part of South Africa where she spent the first 16 years of her life.

During this time, when she was in tenth grade, a company called Budget Insurance ran ads across South Africa. In these ads they would mention several variables like a person’s age or the car they drove and based on these seemingly random things, they would calculate the amount of money an individual would need to pay for insurance.

“For some reason, that really fascinated me,” says Ngoepe.

Following some research, she found out that the people who did the work of figuring out these things were called actuaries and to become like them she would need to study actuarial science in the university.

When the time came to resume at the University of Cape Town, Ngoepe left Bochum with a mission to become an actuary.

To Be or Not To Be… An Actuary

“I did it for three years but to be honest, it wasn’t for me. Into my second year, I was like, I hate this.”

Love it or hate it, Ngoepe couldn’t drop out. If she did, she would lose her bursary and that was not an option. Her parents were also very against the idea of her losing her bursary.

It wasn’t until her third year, after she failed too many of the courses, that she made the decision to change her course to something she enjoyed – something she still uses to this day – a degree in Finance and Economics.

Into the world of investing

After she wrapped up her first degree, Ngoepe got a job at the Bertha Centre for Social Innovation in Cape Town. Here, her work centered on doing research around impact investing.

The concept behind impact investing is quite simple; investors look out for businesses that have a sizable positive impact on society and also make money.

While she worked at Bertha Centre, a lot of Ngoepe’s work was solely focused on research and consulting, but through this, she learned a lot about how businesses can raise capital and how investments work.

Today, she brings the lessons she learned at Bertha Centre into her work in M-KOPA. As Chief of Staff, she has been instrumental in fundraising and investor relation.

After an externship at Goodwill Investments in Cape Town, Ngoepe decided she wanted to work for companies that invested in other African countries outside of South Africa.

She would find this in a company called AHL Venture Partners. Her new role was Portfolio Manager and the location was Nairobi.

The Nairobi buzz and the change it brings

Ngoepe moved to Nairobi in February of 2017. When I asked her why she made this move, apart from the job offer, of course, she said, simply, “The buzz. The Nairobi buzz.”

Leaving South Africa for the first time was undeniably very exciting, but beyond that, Ngoepe was now in Nairobi, Kenya’s green city in the sun and she was here to start her job as part of a pan-African investment company.

While at AHL, she consulted for several companies across Africa. In her role, she reviewed portfolios and met with founders.

She often had meetings with her portfolio companies’ executive teams to review their performance and figure out what help they needed.

As she kept meeting with these teams and helping them out with their strategy needs (increasing repeat rates of asset financing customers in Zambia, helping with operations, etc.), Ngoepe felt a shift in her alliances. She wanted to be in the room making the decisions. Not advising from the outside. Right there, in the room where it happens.

In 2012, AHL had invested in an asset financing company based in Nairobi named M-KOPA. This company was in Ngoepe’s portfolio and would become the next and most recent part of her exciting journey through the world of African tech.

Chief of Staff at M-KOPA

“If you have an investing background, everybody wants to hire you on their finance team. They say ‘you know finance right? So…’”

Ngoepe’s unique role at M-KOPA was well suited for her as she stepped out of the investment side of things. She didn’t want to be put into a box that demanded she only contributes to financial discussions.

So far, she has helped the company’s CEO develop strategies to scale their business across multiple markets. She also oversees fundraising efforts and manages the company’s Corporate Communications department. She tells me that these responsibilities shift as time goes on.

The Chief of Staff role typically lasts 18 to 24 months. During her time at M-KOPA, Ngoepe hopes to garner enough knowledge about various parts of the business and afterwards choose what areas she is most interested in.

When I ask Ngoepe what she’s currently leaning towards, she tells me that she is not necessarily looking at a particular department but a concept she had always been fascinated by – international expansion.

“Almost every deal I’ve seen from series A and above is predicated on some success in international expansion.”

M-KOPA is currently operational in Kenya, Uganda, and Nigeria and its product proposition is the same at a high-level – help customers get access to everyday essentials that they can’t afford at once. These essentials include solar home systems, TVs, fridges, and most recently, smartphones.

Expanding across Africa comes with its peculiarities. Ngoepe acknowledges this when she talks about how different it is to sell asset-financing across markets in Africa.

“For example, in Kenya, there are free-to-air TV channels so selling asset financing for TVs is different from when you sell TVs in Uganda where you may have to include a TV package or a decoder.”

More appliances mean more power required from the solar home system and just like that, the same product proposition has to take a new form in a new market. But this particular challenge is what excites Tsakane.

Right now, M-KOPA is focusing on smartphone financing. A move that helps them maintain the same model across markets.

With Tsakane Ngoepe kicking ass and taking names, there may be a lot in store for the company as they expand across Africa and I am here for it.