Tolulope Ogunsina was an engineer at Amazon, now his startup is helping kids and adults brush their teeth better 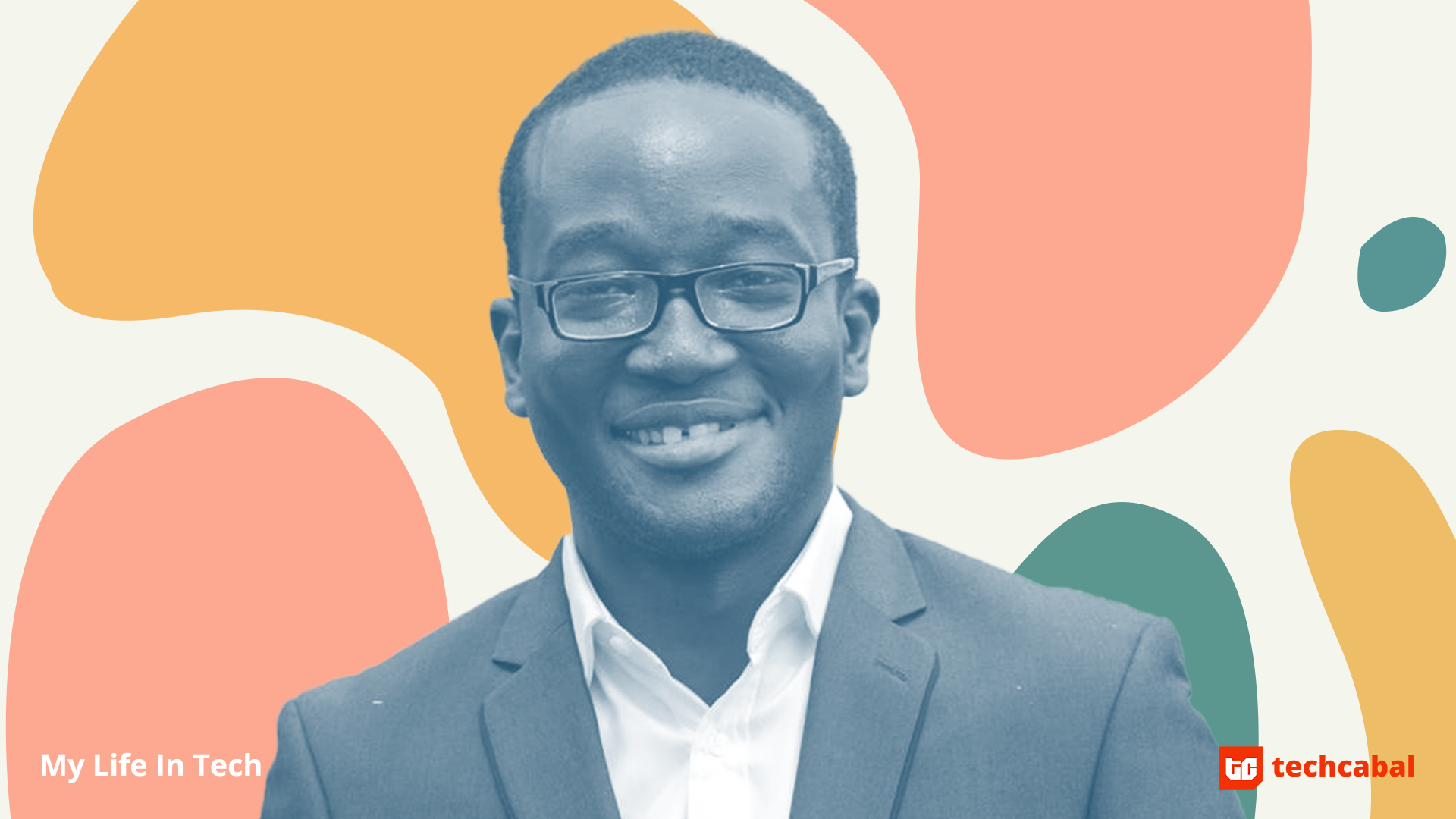 The life of an entrepreneur is a peculiar thing. You make many sacrifices to start the journey and when it starts and you think you can finally rest, there are more sacrifices waiting to be made.

Towards the end of our call, I asked Tolulope Ogunsina what plans he had for himself going forward and his response is something I’ve played over in my head.

“I’m trying to decouple my sense of worth from Playbrush. As a startup, some days are rollercoasters and you take them very personally. But I want to detach as much as possible so that if Playbrush is having a bad day, I’m not having a bad day,” he told me.

Make no mistake, this is far from a show of nonchalance towards his business. He gave up a lot to get it to where it is now. But there is a mental toll that comes with having your work affect your every mood.

In 2019, Tolulope was on the Forbes 30 under 30 Technology list, and before co-founding Playbrush, he was an Amazon engineer. He talks to me about his journey, his love for computers, and how he finds happiness.

The day before we spoke, it had been a year since Tolulope began working from home in London. He remembers it clearly – that email that said they would only need to stay home for about a week to ‘see how things are going.’

“We cancelled our lease last October after paying rent for 6 months and not using the space. We’re all working from home now,” he said.

As of 2019, Playbrush had raised over $3 million from investors, but the journey to building a product that teaches kids to brush their teeth did not start off as a way to make money.

Teaching a child to brush their teeth is an activity that can be both rewarding and extremely draining. Sometimes they just lick the toothpaste; most times they can’t be bothered with the activity and fail to see what the fuss is about.

In 2014, while visiting Tolulope in Dublin, Varga proposed the idea of creating a way to help kids brush better by linking their brushes to games. It came from having watched his young godson learn to brush his teeth. The idea sounded intriguing and work began on building the actual product.

The earliest version of the Playbrush product was modest. It consisted of a toothbrush with sensors attached to the end of it with rubber bands. To go with the toothbrush was a game modelled after the famous mobile game Flappybird where the objective was to keep the bird flying by brushing your teeth.

As an engineer at Amazon, Tolulope would spend his days building data centres for networks and his nights writing code to make sure the Playbrush prototype worked enough to be ready for a Kickstarter campaign which took off in 2015.

Before meeting their Kickstarter goal, Varga tried to convince him to quit his job, a request Tolulope declined due to a simple reality.

“I told him, ‘See, I’m a Nigerian. If I quit my job, I’ll have to leave because my visa ends and I won’t be of much use to you in Nigeria. Also, we need to know there’s a market so if this Kickstarter thing flops, I’m out.”

The campaign did not flop. But Tolulope points out that they were naive about how much they really needed to make these products. Regardless, the campaign was proof that there was indeed a market.

The process to get a visa that allowed him to stay and grow his business began with his wife Tobi, who he’d met in secondary school, sending him a link to apply for an exceptional talent visa. With this secured, Tolulope was able to quit his job at Amazon and move to London to begin building the business with his other co-founders.

Today, Playbrush’s products are not just for kids. Adults in the EU can even save money on their dentist appointments when they brush with their Playbrushes.

And if you were wondering what the products look like now, here you go:

Oh to be an engineer…

As CTO of Playbrush, Tolulope has to deal with everything concerning the product –  from hardware to software. This is nothing new to him, he’s an engineer.

He was raised by both his parents in Lagos, Nigeria. If you ever wondered where he got the gall to quit a job at Amazon and take a 50% pay cut, you would need to look no further than his parents.

Both of them quit their jobs at the age of 41. His mother quit her job as a teacher to run a school and his father left his job at the bank to focus on his furniture factory.

“So there was a strong entrepreneurial spirit in the house,” he said.

His was a typical Nigerian household and so his parents were particular about academic excellence – and it showed. By the time Tolulope was on his way to study Computer Engineering at Covenant University, he’d already travelled to several countries for quiz competitions and even won a scholarship for his university education.

An early indicator of his desire to always learn was in his second year in university. He had just completed his first year with a CGPA of 4.9 out of a possible 5.

“I think I started having an identity crisis. I was studying computer engineering but had never seen the inside of a computer. All my classes were theoretical.”

So in a bid to close his knowledge gap, Tolulope paid a classmate ₦5,000 to teach him how to assemble a computer. This laid the foundation for what would be a learning spree for him – from learning to code to deciding to get the coveted CISCO certifications.

In Nigerian universities, the second semester of your penultimate year is spent gaining some industry experience – usually in the form of an internship. Tolulope experienced a rude awakening during this time.

“My CGPA was 4.95, I applied to Telnet, Ericsson, lots of companies and nobody would take me. I felt like I’d done everything I needed to get this internship. Why wouldn’t they take me?”

He then decided to research CISCO partners within the country and emailed as many of them as he could. He finally got a reply from a man who had attained one of the highest CISCO certifications, CCIE.

“He had really big projects with banks and I was building networks for all these companies. I was 19 and I was having the time of my life.”

Returning to school, Tolulope was jaded. His CGPA was already miles above most people’s and so he stopped going to many of his classes and focused on making sure he got the CCIE certification. He’d had a taste of what the world was like for a network engineer and he knew he wanted more.

“I remember my classmates coming up to me like ‘What happened? You never miss class, now you never attend class.’ My goal was to pass the CCIE lab. That was my chance to start a career.”

He passed his CCIE before graduating and still ended up top of his class. The job offers started flowing in and Tolulope found himself faced with a peculiar situation where he was being hired for senior roles with only 6 months of experience under his belt.

At 21, he got an offer to work as a consultant for the African Development Bank in Tunisia for six months. With his bags packed, Tolulope got on a plane to Tunisia where he would encounter the first real disappointment of his young adult life.

Barely two weeks into the project, the contract was cancelled and Tolulope was told his services would no longer be needed because he did not have a Masters degree.

“It was like a heartbreak. I cried a lot.”

Following this experience, Tolulope had to battle impostor syndrome as he, qualified as he was, kept getting senior roles in companies where he felt out of place.

Getting a masters degree in Technology Entrepreneurship at UCL helped to centre him. He was no longer having to work in rooms with people way older than him looking to him for direction. He had peers he could learn with and he didn’t feel like he needed to be anything more than a fellow student.

The journey to finding himself began again and continued through working at Amazon and even now at Playbrush.

How to survive the rollercoaster

Tolulope’s son Laolu was born in 2018 and is a major factor in his decision to decouple his self worth from his work.

“Even if I’ve had a very stressful day at work, I’m able to look at him and feel instantly happy.”

Since leaving Amazon to start Playbrush, one of the most important things Tolulope has learned is that it is important to be aware that for a startup, bad days will come – he calls the entire process a rollercoaster.

Tolulope Ogunsina is still riding the rollercoaster that is Playbrush, helping to make the product better and expand across Europe and beyond.

When we say goodbye over the call I feel very hopeful for him because even on bad days when the rollercoaster is taking a detour from its upward trajectory, he can turn from his desk, look over at Laolu, and feel instantly happy.