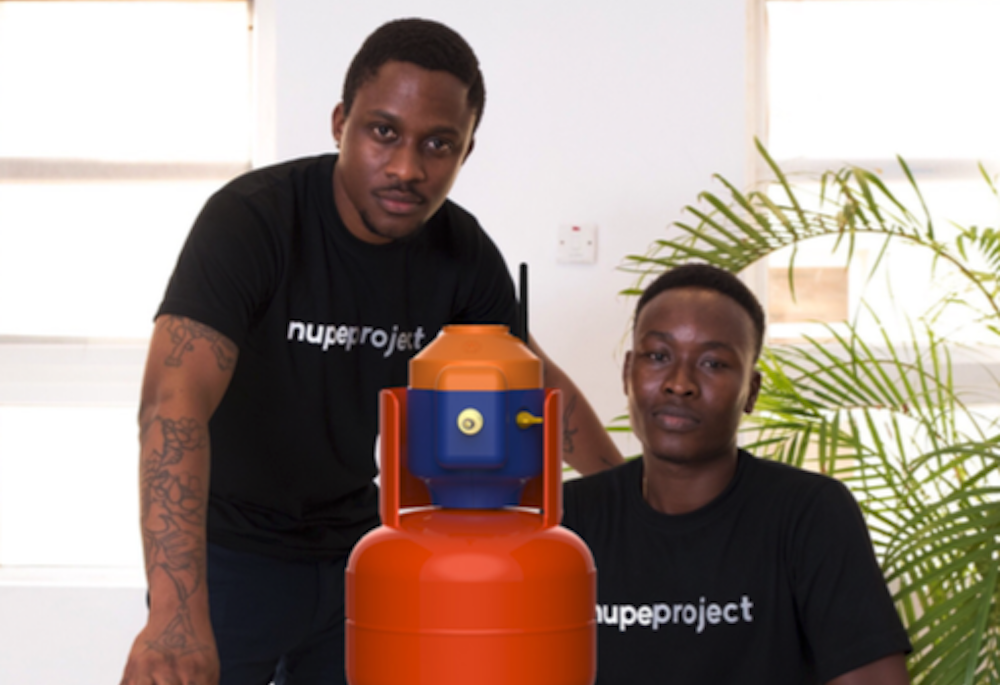 According to a World Health Organisation (WHO) study, if a person inhales smoke while cooking breakfast, lunch and dinner, it is equivalent to smoking between three and 20 packets of cigarettes a day.

Over half of the world’s population still cooks over open fires. In Nigeria, it’s worse as only 10 million have access to liquefied petroleum gas (LPG) cylinders out of its 200 million population.

Every year, there are 4.3 million deaths attributed to cooking over open fires. The hazardous firewood smoke emitted from traditional cooking methods have more fatal consequences for women. Cooking with firewood not only affects women, it also endangers the planet causing nearly irreparable change to our global climate.

Nupe Energy is a renewable energy startup setting out to tackle this problem. Nupe Energy is born from the Nupe Project, a company that designs and develops innovative hardware products in Africa. The Nupe Energy team is made up of Damilola Onanuga (Design director), Funfere Koroye (Head, product) and Omafume Niemogha (Engineering). They recently received an undisclosed investment (seven-figure) from Geekonnect Africa led by Sam Uduma, who joins the team as strategic Lead.

The smart meter works with the NUPAY app, an app that enables customers to prepay and postpay for gas using a mobile wallet or USSD.

In a conversation with TechCabal, the Nupe Energy team talked about the product and its progress since inception.

“We’re currently developing an IoT solution that ensures a constant supply of clean cooking for people. Our device uses hardware and software to make LPG available for households through a smart metering system. This allows customers to know they are about to run out of gas, and also alerts a nearby gas retailer for a refill to be made using the fastest route possible.” Onanuga said.

Cost of the Smart meter

The smart meter currently costs $50 – a cost that is expected to reduce over time. Naturally, the first question I pose is: considering that more than 82 million Nigerians live on less than $1 a day, according to the National Bureau of Statistics, isn’t a smart meter an expensive extra cost?

I’m quickly reminded of the fact that to reduce deaths by open fire cooking, the Nigerian government banned consumer ownership of cooking gas cylinders and put some policies in place to encourage local production of LPG cylinders. The federal government of Nigeria removed the value added tax (VAT) on LPG cylinders and imposed a 25 – 30 % Import duty waiver on LPG equipment and appliances.

“Companies like Techno Gas have built massive manufacturing plants with thousands of cylinders already circulating into Lagos to start with,” said Koroye.

Dealing with competition and regulation

It’s normal to see bigger companies copy product ideas from startups. There are already a number of partnership conversations with LPG companies on the way, could one of these companies create their own smart metering system?

Onanuga replies, “We’ve spent two years researching and developing this product. Many of the companies we’ve approached and the ones we’ll be partnering with prefer to stick to their business model.  They’ll rather leave this sort of hardware/software to the professionals. Obviously, it’s a risk but we’ve invested enough to produce a superior product and see no threats at the moment.”

The Nigerian government has a reputation of changing regulations on a whim. What happens if the regulation that supports this business model changes?

Nupe Energy sees Nigeria as the starting point and not its final destination.

“While developing this business and talking to different businesses, we’ve received a lot of interest from other African countries and even outside Africa. So even though Nigeria is our initial market, we’re not building for just Nigeria.”

In Nigeria, the adoption of gas is still growing; other cooking fuels like kerosene, firewood, and charcoal, can be bought in smaller units starting from ₦100 ($0.20) as opposed to gas that is sold in much larger quantities with ₦500 ($1.10) for between 1.5kg and 1.6kg being the lowest available price.

Nupe Energy still has hurdles to overcome. The startup relies on the wider adoption of cooking gas usage as well as the enforcement of government regulation. With only a handful of Nigerian companies designing and manufacturing in a country known for its import culture, Nupe Energy might just be one step ahead of its competitors.