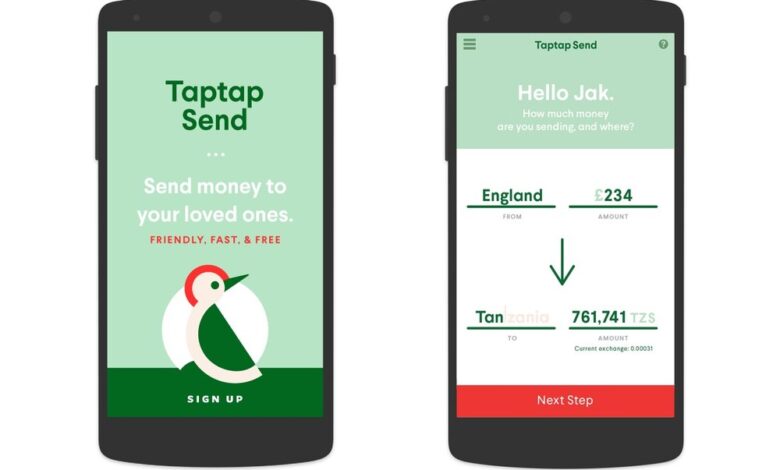 Taptap Send, a mobile-based remittance service that lets people send money to Africa and Asia for “free”, on Thursday announced a $13.4 million Series A raise to support its service expansion.

The New York-based startup was founded in 2018 by Michael Faye, a development economist and former United Nations official. Currently, it provides a mobile money transfer service from eight countries, some of which host a significant number of migrants, such as the United Kingdom, Belgium, Canada, France, Italy, etc.

The Series A was co-led by Canaan Partners and LinkedIn co-founder, Reid Hoffman, along with participation from other unnamed investors. Taptap Send is also backed by the Omidyar Network and Helios, according to a statement on its website.

Taptap has raised money to expand the scope of its no-fee international money transfer service.

The company says it does not charge any commission or fees for transfers. Instead, it makes a cut on foreign exchange with the help of a tech stack that lets it pass on lower exchange rates to its customers.

The startup’s business model also relies on the economics of scale. That is, offering better rates will drive more users. Although this might not mean better margins, it would result in a higher volume of transactions and more returns overall.

“Taptap Send is taking advantage of this structural change in mobile money and other distribution networks to offer what we hope is the fastest and best-price service to customers,” TechCrunch quoted Faye as saying in an interview.

The company’s proposition is sure to appeal to many in Africa, where most remittance recipients have to deal with traditional services that are expensive, can take days to arrive, and have limited reach in rural areas. A significant number of fintech startups are helping to solve these problems, lowering cross-border remittance costs in particular.

“Taptap Send has a nuanced, yet powerful strategy that Michael has put into place to allow [it] to be the lowest-cost provider in every market they enter,” said Brendan Dickinson, a general partner at Canaan. “The company gives as much cost savings as possible to the customer, and as a result, is almost always the cheapest player in the market.”

According to Dickinson, all of that makes it economically viable to send smaller remittances and in doing so, expands the total market and volume of remittances sent. “This approach is strongly resonating with customers, as Taptap Send’s massive growth has been 90+% organic.”

Taptap is yet to disclose numbers on its size or customers served. On its website, the company says it’s already moved “tens of millions of dollars and reached tens of thousands of customers.” Faye also revealed that the business overall grew five times in the last year and is posting a profit.